Home Articles A Blockchain Platform for dApps and Smart Contracts

Waves, a multi-functional blockchain platform, experiences the recent boom in the demand from dApps and smart contract developers.

Waves offers a new approach to utilizing traditional blockchain solutions for optimizing various practical applications and business solutions. Waves offers higher flexibility for stakeholders involved in dApps and smart contract development. The ultimate objective is enabling them to successfully participate in the decentralized exchange Waves DEX. The high speed and ease-of-use contribute to higher users’ satisfaction and the growing adoption of Waves. WAVES is an ERC-20 token that consistently utilizes the major advantages of Ethereum’s network. The platform is characterized by continuous innovations as new utility and spin-off features are regularly added. The WAVES token also allows making standard payments and providing block rewards for members of its protocol and community.

WAVES’ current price is $21.94 with the circulating supply of 107.68 million. Its total market capitalization is $2.36 billion, making it the 48th largest cryptocurrency in the market. WAVES does not have a maximum supply, and its market supply is regularly adjusted to the demand for the Waves DEX as well as dApps and smart contracts among market participants. WAVES’ price has reached the historical maximum level in May of 2021 – around $36. Another cycle of price growth was observed in September-November of 2021, while the lowest level was observed at the beginning of the 2022. WAVES has been trying to gradually restore its market positions recently. 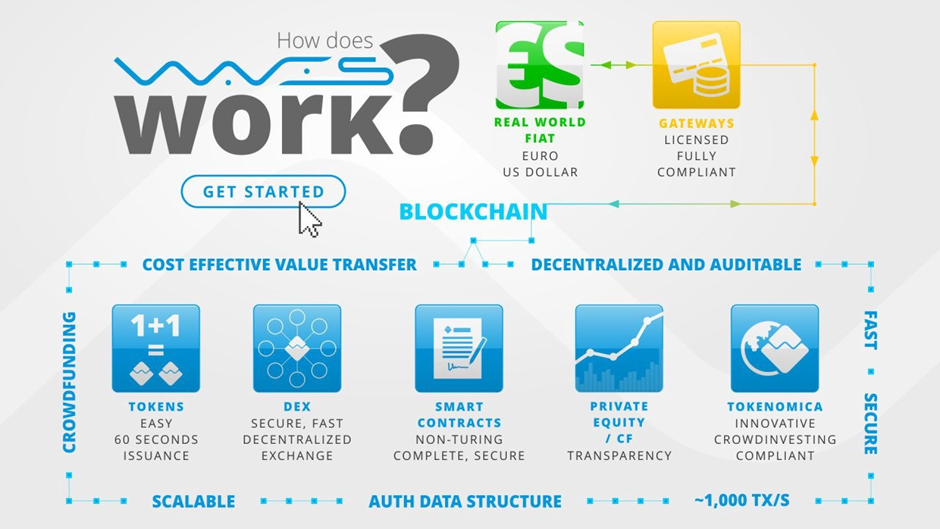 Investing in WAVES: Pros and Cons

From the long-term perspective, WAVES is one of the most promising crypto projects in the dApps segment. The reason is that it offers a number of unique advantages for traders and investors. Moreover, its DEX exchange may also be appealing to many individuals, thus causing a higher demand for WAVES tokens. Ethereum’s transition to the proof-of-stake mechanism that should be completed within a year should also create additional benefits for Waves and its market capitalization. However, the short-term price dynamics is mostly uncertain due to the prevalence of various macroeconomic and institutional factors.

The provided technical analysis indicates that there is a strong support level at about $8.5 that prevented WAVES’ price from the further decline for at least three times recently. Currently, WAVES is at the upper trend, approaching the first major resistance level at about $26. The ability to overcome this level will determine the likelihood of the major scenarios for the following several months. One of them refers to testing an even higher resistance level at $32, while the other one presupposes the price correction to the lower levels. The major factors that will determine the realization of either of these scenarios include the global political and macroeconomic instability due to the war in Ukraine, the monetary policy implemented by the Federal Reserve, and the overall expansion of the dApps segment. In any case, strategic investment in WAVES may remain highly profitable in the long term.