Home Articles ADA may rise up to $1.25 before next pullback

Cardano price analysis is bullish today, as price racked up over 2 percent in the last 24 hours to move as high as $0.859. The uptrend is a consequence of an ascending triangle formed on the daily chart, initiated on March 12. Over the day’s trade, ADA trading volume dropped over 16 percent, while market capitalisation grew by 3 percent to post increasingly bullish signs. Resistance may be found over the current uptrend at $1.25, which will take ADA to a 50-day high. Major technical indicators suggest strong bounce towards the $1 mark which could cap an impressive weekly close if buying momentum can consolidate.

The larger cryptocurrency market showed bullish signs across the board over the past 24 hours, led by Bitcoin’s revival up to $41,700 with a 3 percent rise. Ethereum also gained a significant 5 percent to reach the cusp of $3,000, whereas major Altcoins recorded important increments as well. Solana and Polkadot gained 2 percent each to sit at $90.16 and $18.97, respectively, while Dogecoin rose 1 percent. The Avalanche token continued to make headlines, recording a significant 9 percent rise to reach $85.94. Only Ripple and Terra failed to consolidate upwards, and recorded losses worth 1 percent each.

On the 24-hour candlestick chart for Cardano price analysis, price can be seen forming an ascending triangle pattern which initiated on March 14 and is set to continue over the next 24 to 48 hours. In the process, price is expected to push towards the $1 mark, and find resistance around $1.25.

The price action over the last two days has enable ADA to surpass its 25-day exponential moving average (EMA) at $0.836. Market valuation also shows bullish signs, at an increasing relative strength index (RSI) of 49.37. Furthemore, the moving average convergence divergence (MACD) has retained its bullish crossover above the neutral zone that initiated with the March 14 uptrend. Over the next 24 hours, ADA is expected to build on this bullish outlook and move upwards before finding the next retest. 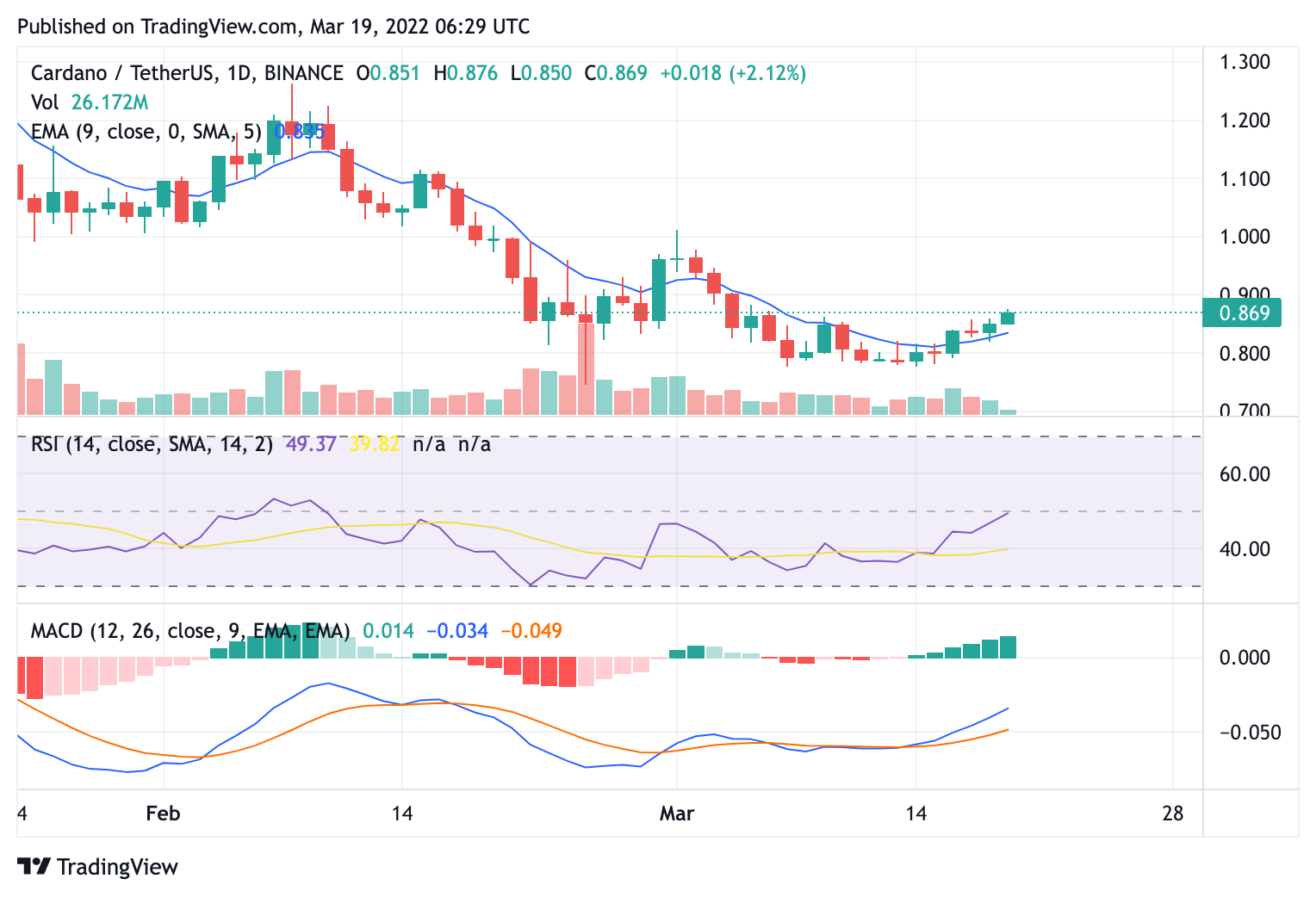