Bitcoin (BTC) and Ether (ETH) price are still being hard hit by the current wave of volatility and this is leading traders to go back to the drawing board and readjust their short-term expectations. On Feb.17, Bitcoin price briefly dipped below $40,000 and Ether failed to hold support at $2,900, raises the chance of a drop to $2,500.

Data from Cointelegraph Markets Pro and TradingView shows that after hovering near the $2,900 support level through the morning trading hours, Ether was hit with a wave of selling that dropped it to an intraday low of $2,752. 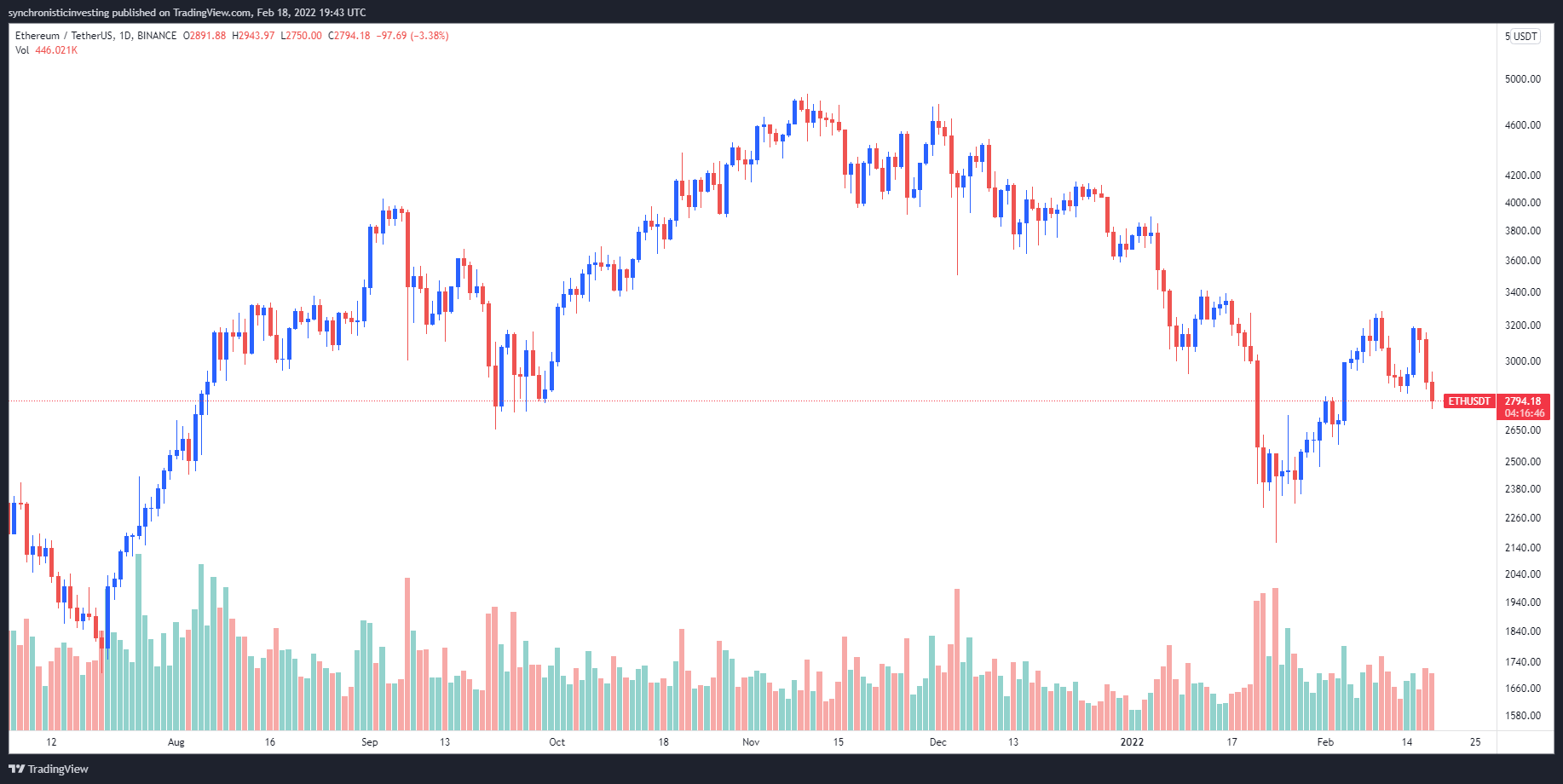 Here’s a look at what analysts are saying about the price drop for Ether and whether or not more downside is expected as global tensions continue to rise.

Contents hide
1 Ethereum’s next stop could be $1,700
2 Price is at a “super trend” resistance level
3 The macro trend projects further downside

A general overview of the current outlook for Ether was provided by crypto trader and pseudonymous Twitter user ‘Crypto Tony’, who posted the following chart discussing the areas of support and resistance to keep an eye on.

Price is at a “super trend” resistance level

A more bullish take on Friday’s price action was offered by market analyst and pseudonymous Twitter user ‘IncomeSharks’, who posted the following chart indicating that Ether is now at a significant resistance zone.

According to the analyst,

“Ether right at the supertrend resistance. Since it’s flat it usually has a higher chance of breaking upwards and flipping bullish. If it does flip bullish I think $2,900 to $3,000 would be next.”

Insight into what could happen to Ether and the wider altcoin market, should it fail to hold this current level, was offered by trader and pseudonymous Twitter user Pentoshi. 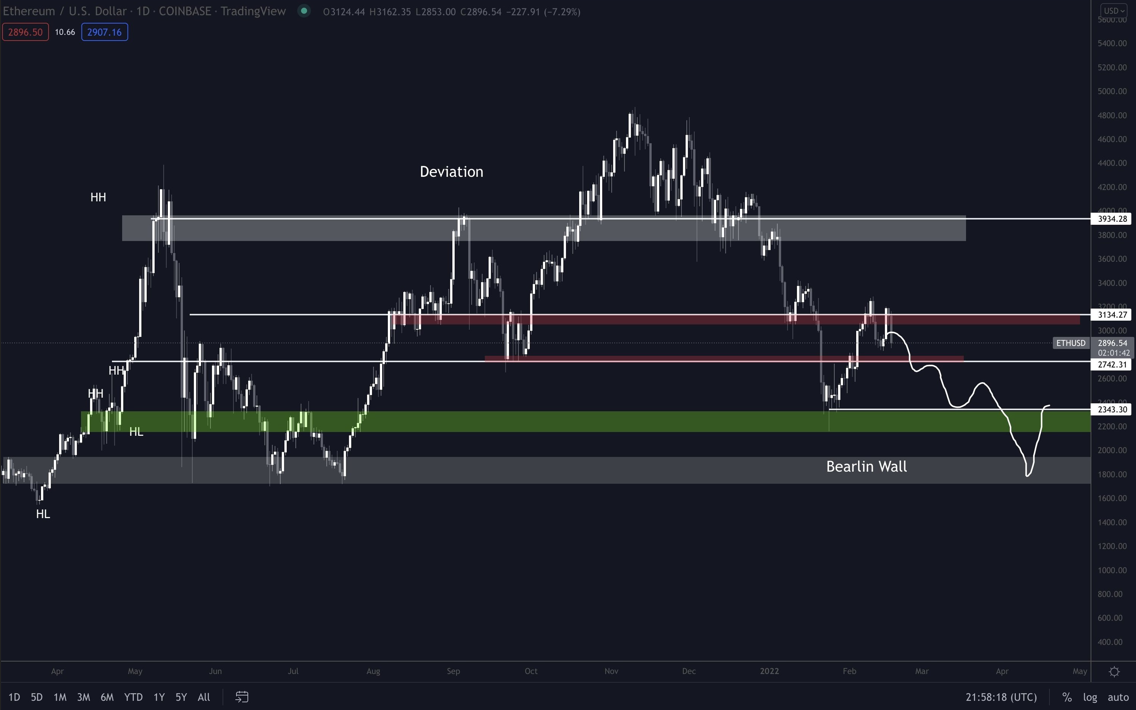 “I will take note that there is local strength here since it held its lows but overall still lower highs. Trend is down. *IF* those lows break *THEN* *MOST* altcoins turbo nuke.”