Home Articles Another brick in the wall?

For a state with a small-town feel, Wyoming moves with big-city alacrity when it comes to things crypto. According to the bipartisan bill introduced into its legislature last week, a Wyoming stablecoin could debut before the end of 2022. The announcement caught even Wyoming banker and cryptocurrency champion Caitlin Long by surprise.

“Didn’t know it was coming,” tweeted the Avanti Bank CEO.

It also raises some questions: Is a stablecoin really needed by Wyoming’s citizens? Is it feasible? Will it upset the state’s commercial banks including its recently chartered special purpose depository institutions (SPDIs) like Avanti which has issued a stablecoin-like product itself?

Moreover, is a state-issued stablecoin even constitutional? And, aren’t there enough stablecoins around already? Then again, maybe Wyoming is out ahead of the crypto pack again — at least in the United States — and other cities and states will soon jump on the stablecoin bandwagon?

“Given that regulators are still scrambling” to understand and deal with crypto, “anything a state like Wyoming does that is a new data point is going to have an impact.” Rohan Grey, assistant professor at Willamette University College of Law, told Cointelegraph. It would be “treated as part of the landscape,” something to which U.S. regulators and even Congress would have to respond, he said.

Senate Minority Leader Chris Rothfuss, one of the Wyoming Stable Token Act’s four sponsors, told Cointelegraph that many people in Wyoming, as well as beyond, are still reluctant to use stablecoins “because they don’t have confidence in the assets” that stand behind them. Will the token really be redeemable for United States dollars upon demand?

“It’s still a question-mark” in the minds of many people, Rothfuss said. With the Wyoming stablecoin, “they will know that they will be backed 100% by U.S. treasury bills.”

Wyoming has been a pacesetter in crypto’s breath-taking global expansion. It was the first U.S. state in 2020 to charter special purpose depository institutions, which are permitted to house cryptocurrencies along with fiat, and also the first U.S. state in 2021 to recognize decentralized autonomous organizations (DAOs) and afford them the same rights as limited liability companies. 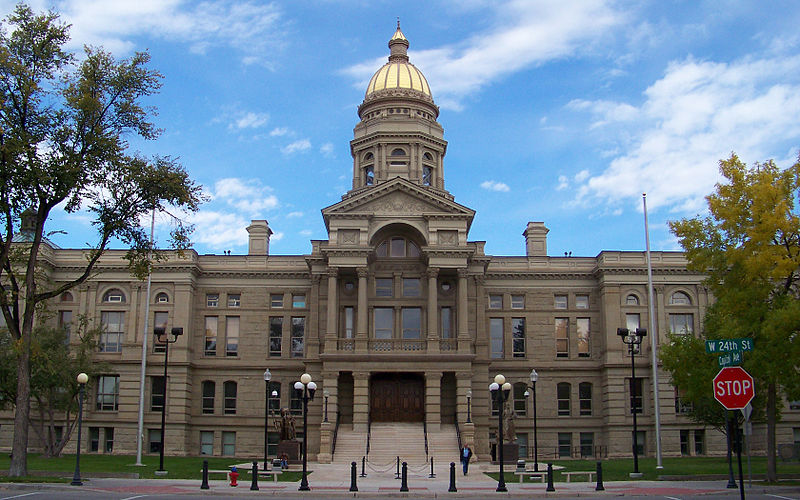 Contents hide
1 Maybe not this year
2 “Technology neutral”
3 Who’s next?

Maybe not this year

Once Wyoming’s treasurer determines that a stablecoin is feasible, then that official will be required to “issue a Wyoming stable token not later than December 31, 2022,” according to the bill.

Does that mean we’re likelyto see a Wyoming stablecoin before year-end, then? Passing the legislation this year “will be a bit of a challenge,” Rothfuss told Cointelegraph but, at a minimum “we’ll get feedback.” There is no question in his mind, however, that if the bill doesn’t pass this year, they will bring it back next year.

What about Wyoming’s private banks, might they have a problem with a state-owned entity competing for retail deposits or maybe even with their own stablecoins? As noted above, Avanti Bank, Wyoming’s second SPDI after Kraken Bank (both were chartered in late 2020) already has a product called Avit, described on its website as a “tokenized, programmable US dollar,” which sounds a lot like a stablecoin. Would a Wyoming stablecoin compete with Avanti Bank?

Rothfuss told Cointelegraph that he didn’t intend Wyoming’s stablecoin to be competitive with Avit, though he didn’t discuss his proposal beforehand with Long, either. “We’re not looking to capture independent business.”

The demand for digital assets is expected to grow exponentially in coming years, continued Rothfuss, and there is room in the state for both a state-issued token and a private bank(s) stablecoin.

In her tweet, Long also called the Feb. 17 bill a “mind-bender” that raises “lots of questions,” while adding she loved “that Wyoming continues to explore cool #crypto ideas!” Avanti did not respond to Cointelegraph’s request for comment for this story.

NEWS–bipartisan group of top #Wyoming legislators proposed a bill for State of Wyoming to issue a #stablecoin, 100% backed by USTreasuries, where the State keeps the float. I see pros & cons (didn’t know it was coming) but❤️that Wyoming continues to explore cool #crypto ideas! https://t.co/BXbELukUQE

What about technology: Would the Wyoming stablecoin be built on the Ethereum platform, as have many but not all stablecoins?

“We’re technology neutral so far,” said Rothfuss. Wyoming could use the Ethereum blockchain or the Solana blockchain or another one. What might be ideal is if the stablecoin could eventually operate on multiple blockchains, he added. It is still much too early in the process to be making technical decisions now, however.

“This is not a new currency — this is the tokenization of the U.S. dollar,” Rothfuss told us. As such, it shouldn’t violate Article I, Section 8 of the U.S. Constitution which provides that only Congress shall have the power to “coin money and regulate the value thereof.”

Not all are so sure, though. Because the Constitution mentions “money” specifically, “It is crucial to determine what constitutes money,” Max Dilendorf, partner at the Dilendorf Law Firm, told Cointelegraph. “Traditionally, money has been defined as a medium of exchange and a store of value. Whether state-backed stablecoins fall under Article I, Section 8 is a question that is yet to be answered by the Supreme Court.”

A Wyoming stablecoin could also impinge on Congress’ power to regulate interstate commerce, added Dilendorf. Because those individuals or entities exchanging cryptocurrency are unlikely to all be located in the same state within the U.S., “the cryptocurrency is likely sent across state lines and, therefore, subject to Congressional regulation as interstate commerce,” he said.

Congress could technically enforce the provisions of Article I using its Necessary and Proper Clause (NPC) powers to “prevent states like Wyoming from issuing stablecoins because this could tamper with existing regulations of interstate commerce,” added Dilendorf.

Overall, applying the latest Supreme Court logic from the United States v. Lopez (1995) decision and Congress’ plenary powers under the NPC, “it seems that Congress could regulate and put a stop to the issuance of state-backed stable coins,” Dilendorf concluded.

There are other questions, too. Even if a Wyoming stablecoin passed legal muster, would it eventually be superseded by a digital dollar? That is, would anyone want to use it?

If a Wyoming stablecoin were issued and began to gain traction, would other U.S. states or municipalities follow and issue their own stablecoins?

“The next likely place you’ll probably see this is at the city level, a place like Miami or New York City,” for example CityCoins, said Grey. Wyoming appears to be far out ahead of other U.S. states, but a second place “where it could happen is Texas,” he opined.

“I am not sure what the significance of the first U.S. state-issued stablecoin is,” said Dilendorf. “There are already Miami and New York coins facing similar federal questions of law.”

Grey, who helped draft the U.S. 2020 Stable Act that was introduced to Congress, has called for closer regulation of stablecoin issuers, requiring them to to be insured depository institutions, for example. He saw some positive aspects in the Wyoming proposal.

For one thing, a publicly issued stablecoin would probably have more “procedural transparency,” though even a state player might eventually migrate away from having 100% U.S. treasury-bill reserves. Still, “It’s unlikely that everything will happen behind closed doors” as occurs with privately issued stablecoins.

“I certainly have less of a problem with Wyoming’s stablecoin than the private ones,” said Grey, who further suggested that Wyoming’s proposal, which uses the language of the crypto world — not language used by those advocating for public banks, for instance — could also be meant to further “the normalizing of crypto in general.”

Is that how Rothfuss sees it, i.e., Wyoming is using the process to make a sort of commitment to crypto’s future?

“It might be seen as a statement,” Rothfuss told Cointelegraph, “but, we’ve been talking about all this for five years now and this is really just another piece in the puzzle — like DAOs are a piece and digital identity is a piece — that has to be fitted. And, if we don’t have it just right at first, we’ll fix it.”