Avalanche’s AVAX token continues to consolidate within a tight range. At the same time, as its price approaches the apex of a symmetrical triangle on the daily chart, the chances for significant price movement increase.

Avalanche has yet to slice through support or resistance to clear the ambiguous outlook it presents.

The Layer 1 protocol’s token has seen its market value surge by nearly 25% over the past four days, going from a low of $65.50 to a high of $81.70. Avalanche continues to trade below a significant resistance level despite the significant bullish price action.

This continuation pattern estimates that a spike in demand that pushes AVAX above the $83 resistance level could propel its price to $116 or even $126. But a break below the $66 support level could result in a steep correction to $53. 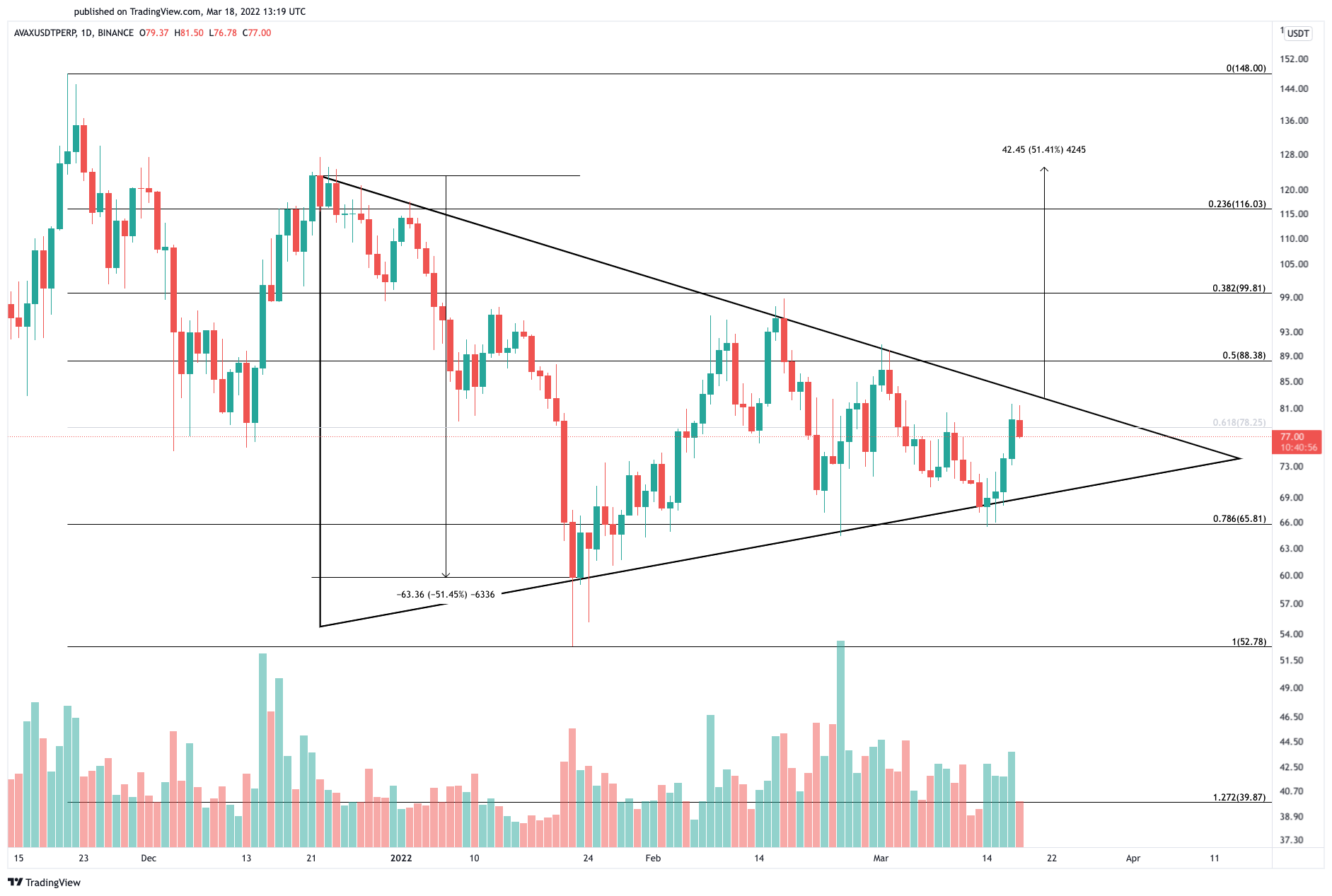 Given the ambiguous outlook that AVAX presents, it is reasonable to wait for a decisive break of support or resistance before entering any trade. Breaching any of these hurdles could result in a 51.5% price movement. This target is determined by measuring the distance between the two highest points of a triangle and adding it to the breakout point.

Although Avalanche has yet to present clear signals of where it is heading next, Bitcoin is already hinting at a potential bullish outlook. Transaction history shows that the pioneer cryptocurrency faces little to no resistance ahead while buy signals are starting to appear. An optimistic outcome for BTC could spill over the rest of the cryptocurrency market and even help AVAX break out.

Disclosure: At the time of writing, the author of this piece owned BTC and ETH.