AVAX price is at risk of a correction following an 80% rise toward $95 from the January low at $53. Although the Avalanche bulls have benefitted from the recent uptrend, the token could now fall toward the lower boundary of the governing technical pattern at $73, before its next leg up.

AVAX price has formed an ascending parallel channel on the 4-hour chart, suggesting an overall uptrend for the token.

However, the Momentum Reversal Indicator (MRI) has recently flashed a top signal, suggesting that the risk is skewed to the downside.

Avalanche appears to be retracing after tagging the upper boundary of the governing technical pattern and could drop lower to retest a key support level at the lower boundary of the parallel channel at $73, resulting in a 13% descent before the bulls make their next move.

The first line of defense for AVAX price is at the 23.6% Fibonacci retracement level at $84. Breaching below this level will see Avalanche tag the middle boundary of the prevailing chart pattern at $82, coinciding with the 21 four-hour Simple Moving Average (SMA). 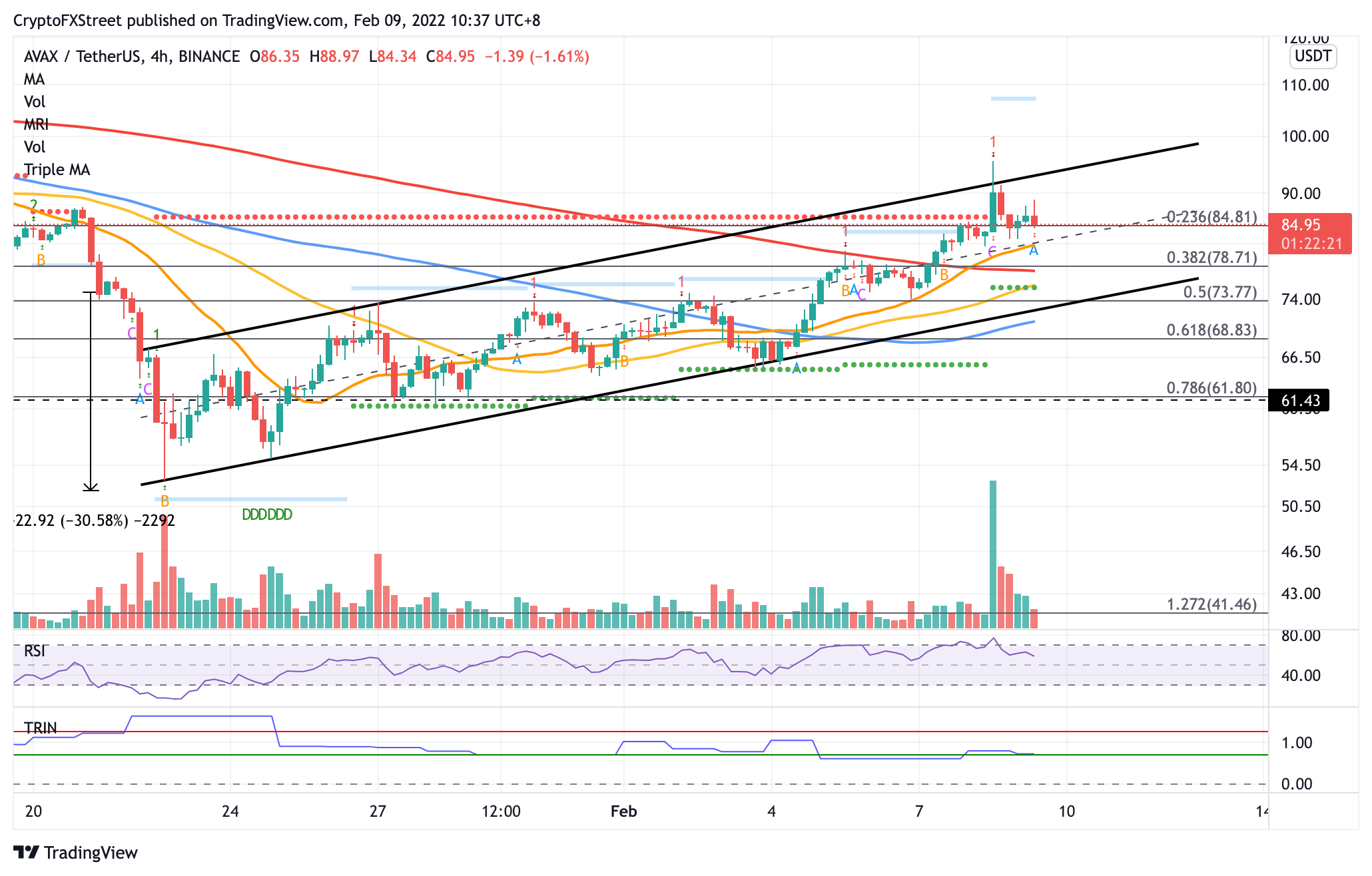 Additional selling pressure may push AVAX price lower toward the 38.2% Fibonacci retracement level at $78, intersecting with the 200 four-hour SMA.

Another foothold may emerge for AVAX price at $75, where the 50 four-hour SMA and support line given by the Momentum Reversal Indicator (MRI) sit, before Avalanche plunges toward the pessimistic target at the lower boundary of the prevailing chart pattern at $73.

Although lower levels are not expected, an increase in sell orders may incentivize the bears to tag the 100 four-hour SMA at $71.

If buying pressure increases, AVAX price could aim to first reach the upper boundary of the governing technical pattern at $94, then toward the January 13 high at $97.