This past Wednesday, President Biden issued an Executive Order to ensure the responsible development of digital assets in the U.S. The Order provides a foundation for numerous studies to help guide and understand technology that is still new, but growing fast.

The digital asset industry has seen a growth spurt from November of 2016 – where the market cap was $14 billion – to $3 trillion in market cap as of November of 2021. With new social dilemmas that face the U.S. between the potential for ransomware and sanctions evasion, the crypto industry has been very receptive to what initially appears to be a very analytical approach calling for studies by various U.S. agencies.

Brett Harrison, President of FTX.US signaled in an interview with Neil Cavuto on Fox that institutional money may start pouring into the crypto economy with this approach. “Some amount of regulation is important to allow institutions to come in and feel confident in being able to put their money into this emerging space like cryptocurrency,” said Harrison. With respect to the Order, Harrison saw it as, “…a call for people to do research and come back with reports to understand what areas need regulation and what areas don’t.”

Ari Redford, Head of Legal and Government Affairs at TRM Labs, described the crux of the Order as a way to coordinate the activities of the U.S. Government around crypto. “The executive order is really a call for coordination – playing quarterback to ensure that regulators are working together to feed into a clear and consistent framework for crypto regulation rather than engage in disparate work streams. The real work begins now,” says Redford. 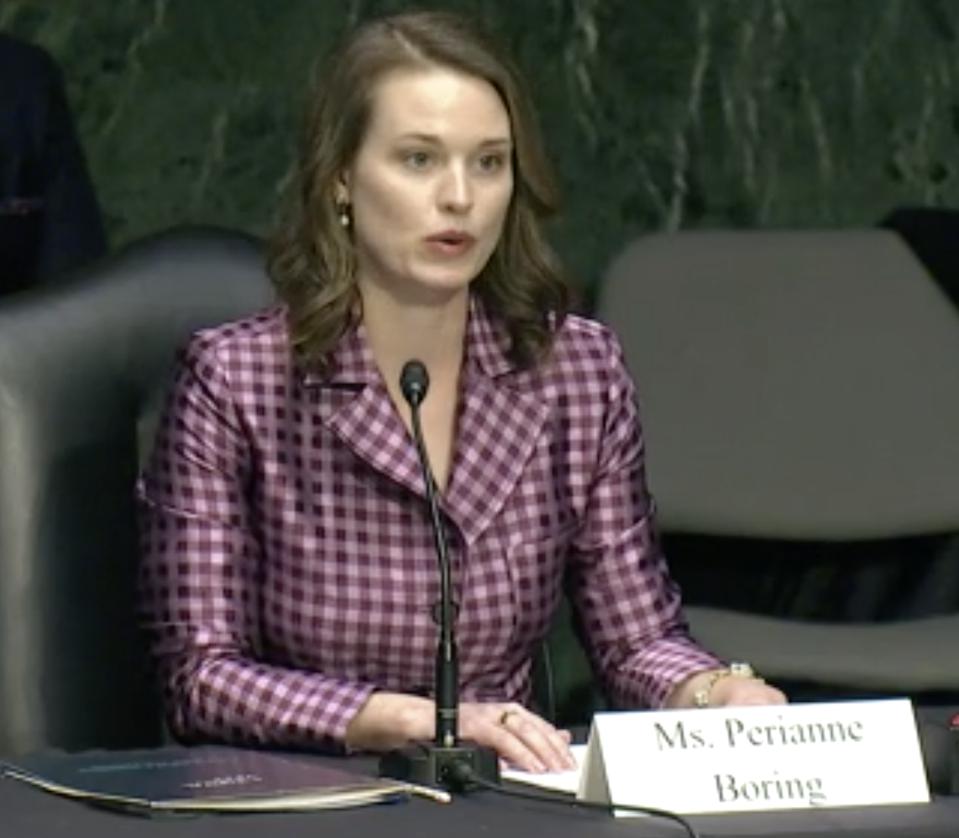 Teana Baker-Taylor, Chief Policy Officer at the Chamber of Digital Commerce, saw the Order as a reinforcement of the crypto economy that is already rapidly developing. “The EO reinforces that the Administration acknowledges that crypto is here to stay, and that the U.S. government is taking digital assets seriously,” said Taylor. She also focused on the benefits of a regulatory regime for crypto that would benefit the development of the crypto economy. “We expect the next several years will be focused on developing a regulatory regime, which we agree is critical to supporting sustainable industry growth while ensuring consumer protections and maintaining US competitiveness,” said Taylor.

Redford noted his biggest takeaway from the Order is the “embrace of cryptocurrency”. “The Order talks about the need for American leadership in the digital space race, the power and promise of financial inclusion, and the growing crypto economy. Of course there is a focus on the risks and challenges – as there should be – but it is framed by the need for thoughtful regulation and leadership,” says Redford.

Critical in the Executive Order, which for the DavisPolk law firm seems to have created a great deal of excitement regarding the diagramming of when the reports in the Order are due, is a ‘whole-of-government approach’ that the Order takes. Additionally, the Order takes a look at numerous aspects of the potential impacts of digital currency and specifically seeks to ensure readiness for a central bank digital currency (CBDC) if needed. “I believe that a ‘whole of government’ approach has the potential to actually move the needle on regulatory clarity, encourage adoption, hopefully, just maybe, diffuse some of the contrarian narratives the industry has be the subject of by its skeptics,” says Taylor. 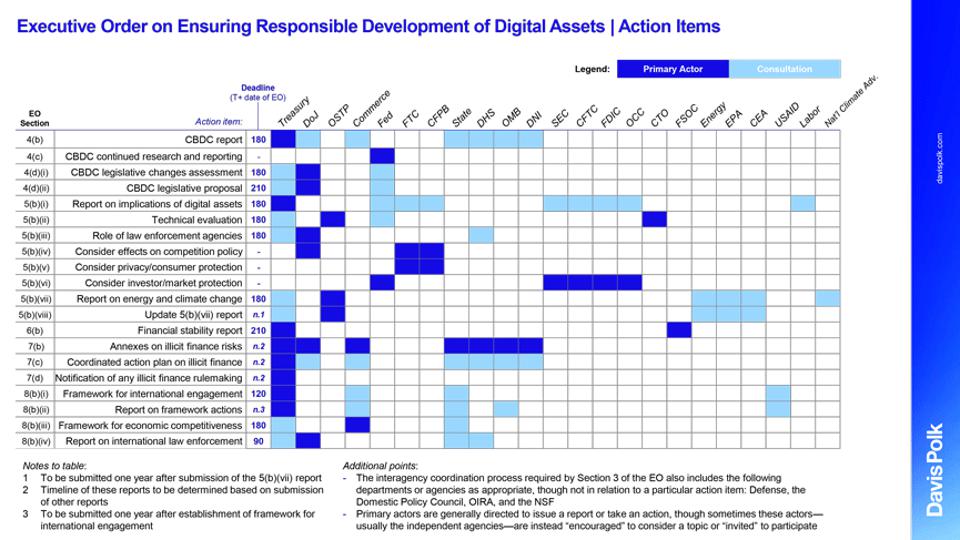 Crypto as an industry is used to being contrarian, but to warm up not only to the interest of the Administration, but to how institutional investors may see the opportunities of the crypto economy, embracing itself as the leader of a new economy might take some time for those in the industry to get used to.

Overall, the development of this Order is beneficial for the industry and at a minimum, shows an attempt by the U.S. Government to take an organized and fair approach to crypto across the Administration. Taylor commented on how the Digital Chamber had been advocating for this type of approach by the U.S. Government at the highest levels of the Administration. “We are encouraged to see that many of the tenets outlined in our 2019 ‘National Action Plan for Blockchain’ were represented in the announcement, which calls for a holistic, coordinated approach to the development of policies and frameworks,” said Taylor.