Bitcoin has surpassed the $40,000 level after printing two big green candles over the past two hours. The leading crypto has added 7.33%. BTC above $40,000 was last seen in early and late February. 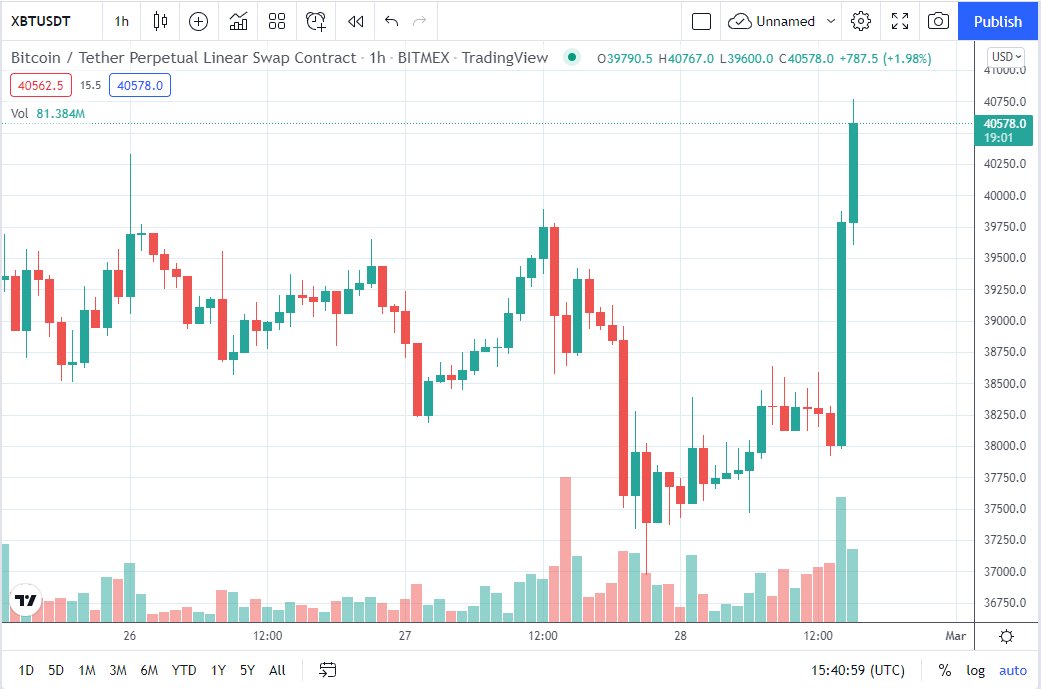 Earlier today, Glassnode data vendor tweeted that the majority of Bitcoin wallet cohorts have been accumulating Bitcoin actively. Smaller wallet groups have been the most aggressive ones in buying BTC, the analytics team stated.