The condition of the global crypto market is thinning as the war has expanded to different parts of Ukraine. The result is decreased investments, while the fear of nuclear disaster has affected Bitcoin more than any other currency. The result is a steep fall in the value of many currencies. Some analysts refer to this fall as the result of oversold Bitcoin the previous week, which caused a hype in the market.

The crypto market continues in a difficult situation as Russians face a backlash due to their Ukrainian aggression. The result has been in the form of continuous sanctions, and the latest in this series might be the freezing of crypto assets in Switzerland. According to Swiss authorities, there are considerations regarding this decision. If the decision is finalized, Russians will lose their crypto assets in Switzerland.

Emotions play a central role in the crypto market. The main two are fear and greed, which determine the dominant trend in the market. The current situation is dominated by fear which has led to decreased investments. Here is a brief overview of the market situation using coins like Bitcoin, Binance Coin, and some others.

Though Bitcoin is currently lingering in lows, the deVere Group CEO has said that it might reach $50K by the end of March. Nigel Green, who leads this organization as its CEO, has based this speculation on his firm’s analysis regarding Bitcoin. It is yet to be seen if this prediction comes true. 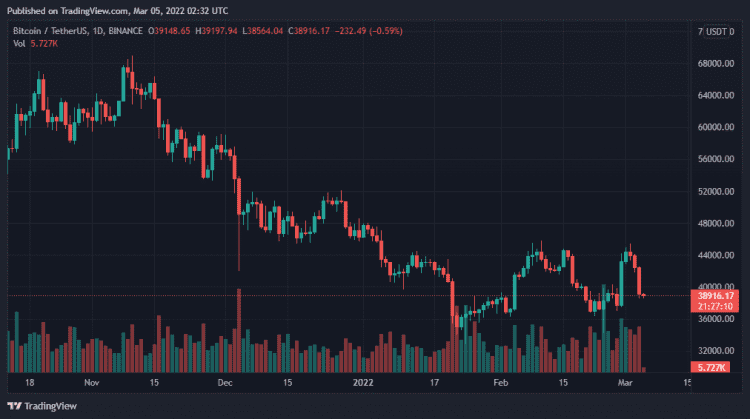 Bitcoin has lowered its value as a result of reducing investments. The main fear affecting the market is the impacts that the Eastern European conflict might have on the rest of Europe. Bitcoin suffered a loss of 6.05% in the last 24 hours. At the same time, it has also been through a loss of 1.84% in the previous seven days. The current price for Bitcoin is in the $38,947.94 range.

Binance coin is also shedding value because of the crypto market’s harsh situation. It has lesser than Bitcoin did, i.e., 5.12% in the last 24 hours. In comparison, the losses over the previous seven days are about 2.76%. The price for Binance Coin is in the $371.84 range. 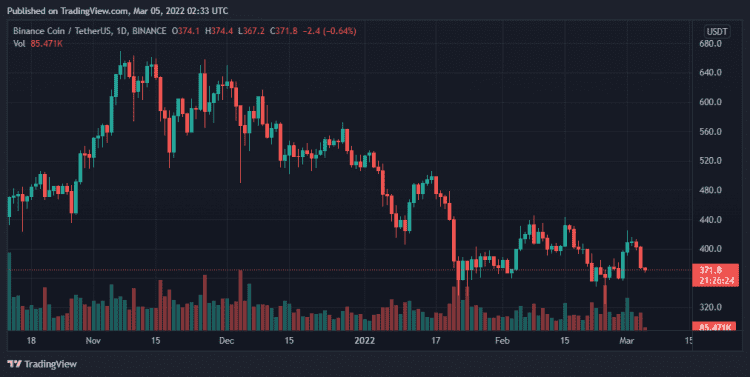 AXS on its way down to losses

Axie Infinity is another coin experiencing bearishness like Bitcoin and Binance Coin. It has shed 3.13% in the last 24 hours. If we look at the seven-day performance of this coin, it is estimated to be a 4.93% decrease in value. The current price for Axie Infinity in the market is in the $49.47 range. 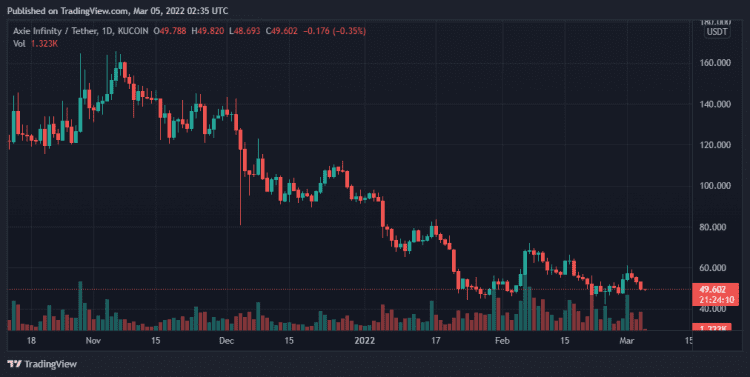 Monero has also been through a difficult phase during the last 24 hours. It has decreased the value by about 6.02% during the previous 24 hours. While if we take a peek at its performance over the last seven days, it shows a gain of 1.11%. Thus, it is lowering the value of gains that it made recently due to the market rise. 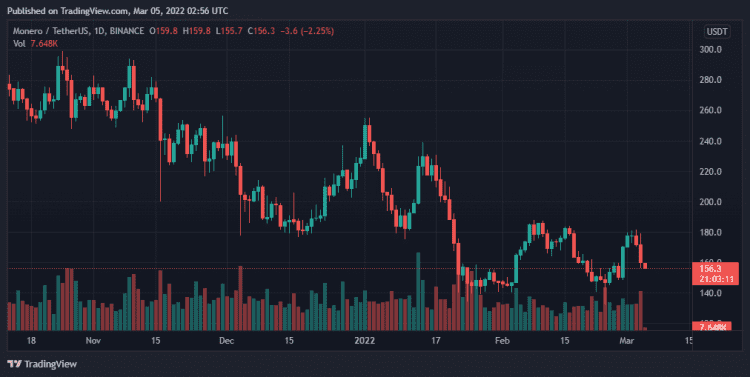 The market might have taken a breath of respite if the bullishness had continued. Still, unfortunately, it didn’t happen—the current bearishness has affected both the major and minor coins of the market. Like if we look at the price of Bitcoin, it has lowered significantly. In the same manner, this has affected the global market cap, which has come down to $1.74T from $1.82T. It might continue to lower as the crises are lasting, and there is little chance that the problems will be settled in no time.