The Crypto market has stabilized itself if we look at its progress in recent days. Compared to the previous hard times, this time’s progress has been satisfactory. The reason is the fight from bitcoin to retain its value, and Ethereum’s closely following the mentioned coin. The result is evident in the form of a market that has suffered losses but in a bearable range. Though last week has been dramatic in gains and losses, the new week is expected to bring Avalanche, Bitcoin, and Polygon reasonable gains as per CoinMarketCap prediction.

The US Securities and Exchange Commission has slapped a fine of $100 million over BlockFi for some irregularities. Experts believe that this fine is too much for its faults. It will also affect the market as it goes through a difficult phase. The fine has been slapped in a period when even lovers prefer to date people who own crypto. The Crypto market needs leniency to grow and regain its vitality from hard blows. Findings have suggested that a new trend in dating has been influenced by crypto ownership.

Crypto is becoming an essential part of our life, and another example is that of crypto donations. The recent Russia-Ukraine crisis has resulted in crypto donations for Ukraine. It has helped much the struggling economy that is facing the Russian giant.

Here is a brief overview of the significant cryptocurrencies like Bitcoin, Ethereum, and other significant names in the market.

The question that bitcoin faces these days is whether it will cross $45K. Those days are gone when there were debates about it crossing $100K. It can be considered a development phase again for bitcoin when it needs to stabilize itself. So far, Bitcoin has been successful in doing so as it has gotten out of the $30K limbo. 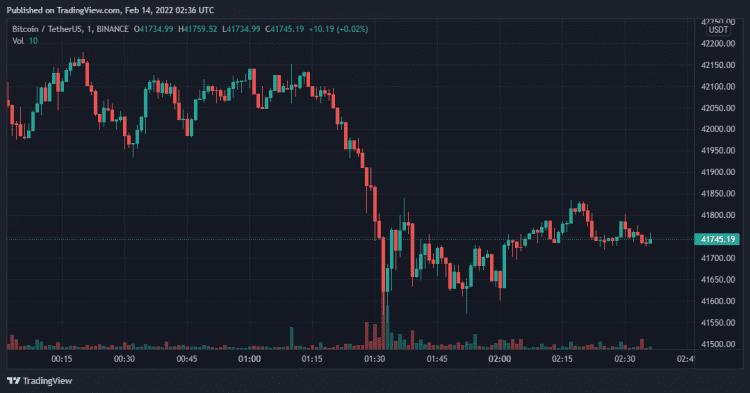 Ethereum closely follows bitcoin in the new changes in the market. It has been through bearishness since bitcoin has changed course. It has continuously shown losses as it has lowered from $4.2K. The past week’s performance of it shows a loss of 5.77%. At the same time, the previous 24 hours show redness of 2.07%.

Dogecoin has suffered a loss of 8.33% in the previous seven days despite support from a corporate giant. Tesla has been supporting it, which has been why it has remained in benefit if compared to other coins. Though other currencies went through a huge recessive period in the past few days, Dogecoin was able to retain its value.

The graph shows lows after a continued bullishness in the previous week.

Tron has gained 0.22% in the past 24 hours compared to its weekly loss of 3.39%. It has retained its balance as its losses haven’t crossed the 5% barrier. The current value of it is in the $0.0636 range. It has shown a rise and fall as its prices rose in the mid of the previous week and then saw recession.

The global crypto market is testing investors’ nerves as the value of currencies is changing in an unprecedented manner. The value of the global market cap has lowered to $1.86T from the previous $1.95T. There are chances that it might revitalize soon if Bitcoin and its closely following altcoins regain momentum. If it happens, the market will make up for the losses. The new changes have suggested varying patterns in the growth of the market.