Bitcoin (BTC) stayed the near top of its recent trading range on March 20 as the weekly close looked set to crack a multi-week high. 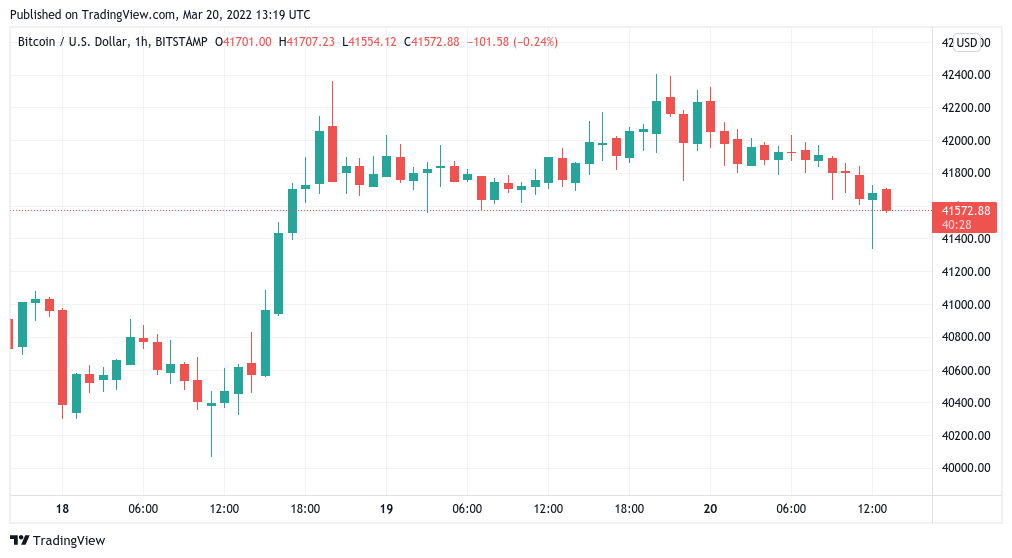 Friday’s late surge had broadly held, and Saturday saw a return of $42,400 on Bitstamp, matching the high from the start of March. 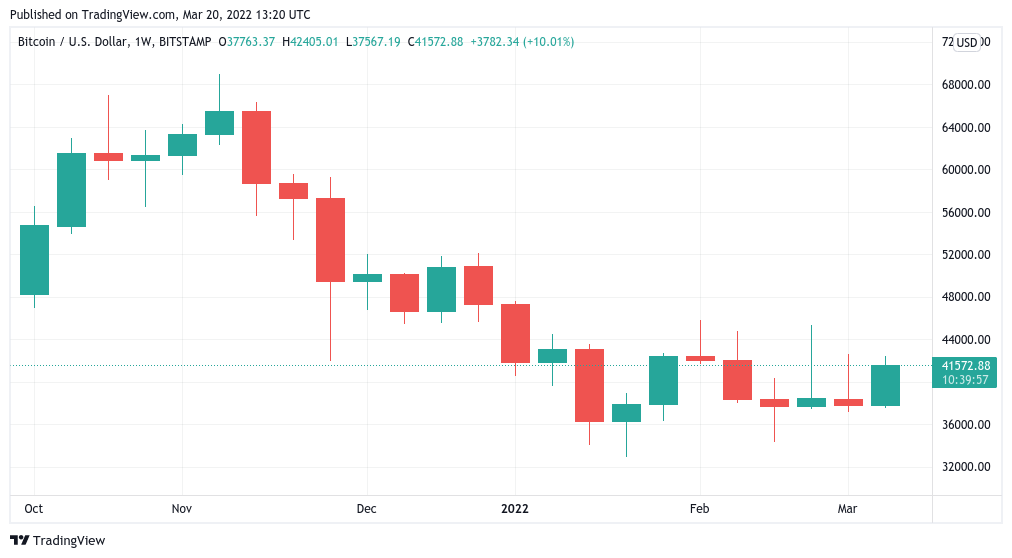 “This could change anytime, but frankly the Bitcoin price chart currently looks better than it has for quite a while now,” analyst Lyn Alden summarized at the end of last week.

Previous takes had cautioned about a real shift occurring in BTC price action, with popular trader Pentoshi warning that a potential uptick would likely not last and ultimately become the precursor to new lows.

An update to this idea- daily demand held and if we are seeing Option 1 play out- the triangle structure may now actually already be complete. If this is the case, it will become VERY clear in the next couple days. Starting with a break of 42.5k and 45k shortly after. $BTC https://t.co/iSDcDUhpaY pic.twitter.com/RUqs0tzsMI

On longer timeframes, however, confidence was palpable.

“As long as price continues to close above 34k on the W3 timeframe, this hidden bullish div is likely to play out and send us to new ATH,” Credible Crypto added in another update Sunday.

Gearing up for another macro week, markets were look altogether stronger despite the headwinds facing Europe and the United States in particular.

“European stocks have now fully recovered from the shock of Russia’s invasion of Ukraine,” he noted.

“Stoxx 600 dropped 10.6% from before invasion on Feb24th to the low point on Mar7. It is now right back where it started, after the biggest weekly rally since Nov 2020.”

Should unlikely optimism endure, Bitcoin could profit as its correlation with equities performance persists.