The US Federal Reserve has raised the US federal funds rate to 2.5%, an increase of 75 basis points.

Wednesday’s decision was largely expected, with the market pricing in a rise of 75 basis points ahead of time. The move is intended to fight inflation, which hit a 40-year high of 9.1% in June. Investors had placed a one-in-four chance of a 100 basis points prior to this; however, this was priced out earlier in the week.

Today’s increase takes the Fed’s rates to the level that policymakers previously have said represents the neutral rate — the rate which supports maximum employment in the economy, while keeping inflation constant.

The price of bitcoin jumped up 3.31% on the news, having traded close to $21,500 prior to the announcement. At the time of writing, bitcoin is trading hands at about $22,000 according to CoinGecko. 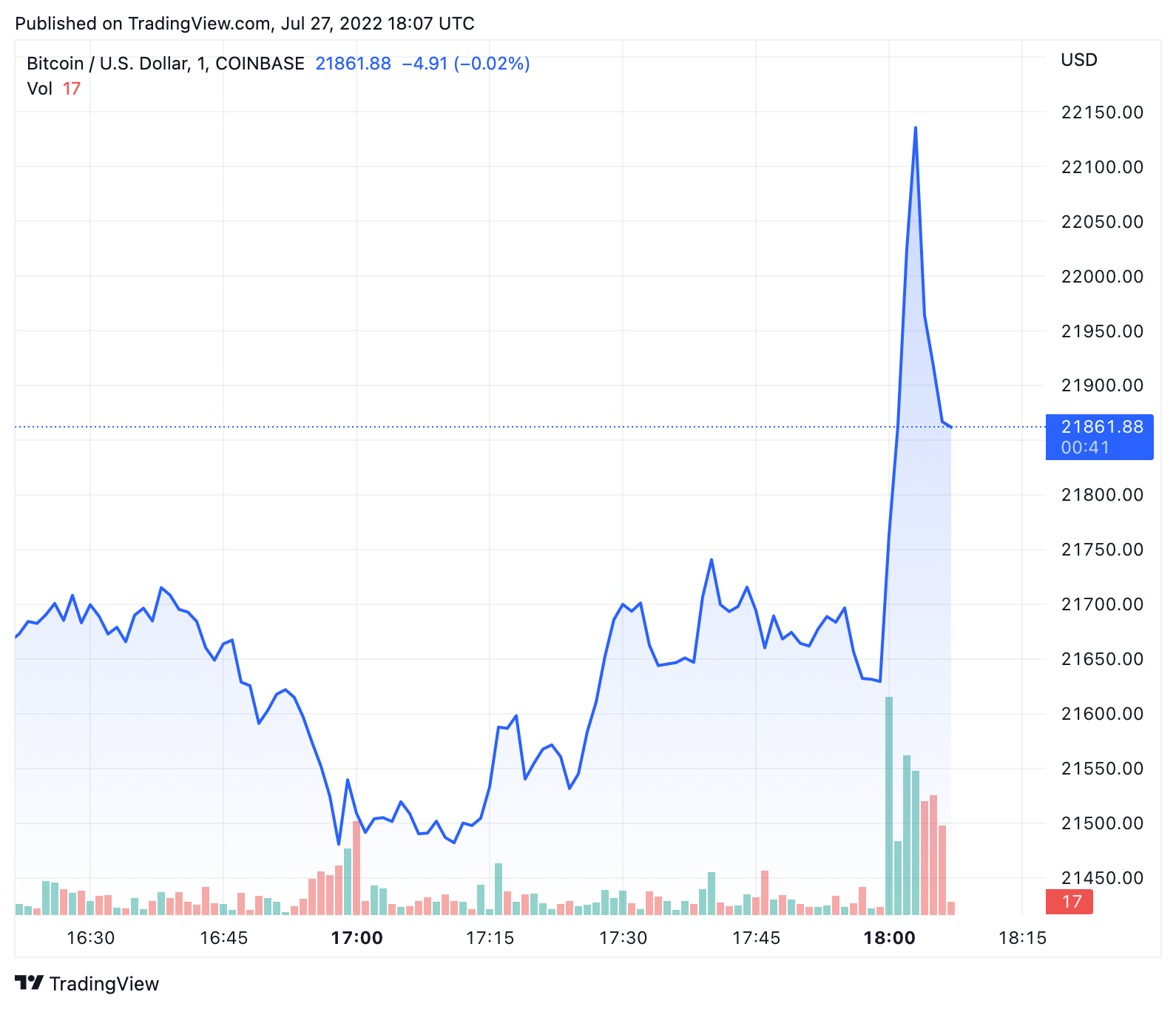 Wall Street firms were predicting an 89% chance of a 75 basis point increase, while most commentators shared similar views.

Barclays bank predicted this hike following June’s CPI report . The investment bank said at the time, with “inflation surpassing expectations on the heels of the strong June employment report, we now expect the FOMC to hike the target range for the funds rate by 75 basis points at its upcoming meeting on July 26-27.”

The bank expects another aggressive rate hike in September, with the terminal rate hitting 3.25-3.5% by the end of the year.

Michael Brown, head of market intelligence at London based FX firm Caxton, echoed this sentiment, telling The Block today that he expects a move above neutral in September. This would take policy into restrictive territory, Brown said.

Brown noted that the impact on crypto is unlikely to be positive, given that in a rising rate environment, with equities struggling, it’s unlikely that crypto will be able to shrug off monetary policy developments. “As the cost of capital increases, leveraged positions, favored by crypto traders, become significantly less attractive,” he added.

Speaking to The Block ahead of time, Sam Kazemian, founder of the algorithmic stablecoin Frax, shared a similar view. Kazemian said the expected hike will further depress volatile asset prices, leading to fewer stablecoins in liquidity pools or lending protocols.