The constant growth of the Bitcoin Lightning Network (LN) continues to accelerate after attaining another milestone undeterred by the ongoing crypto bear market.

In particular, the Lightning Network’s total capacity in public channels has hit 4,290 Bitcoin, an increase of 34.6% and +1,102 BTC after Bitcoin’s price recorded the last all-time high of almost $68,000 in November last year, on-chain data by crypto analysis platform Glassnode indicated on July 22. 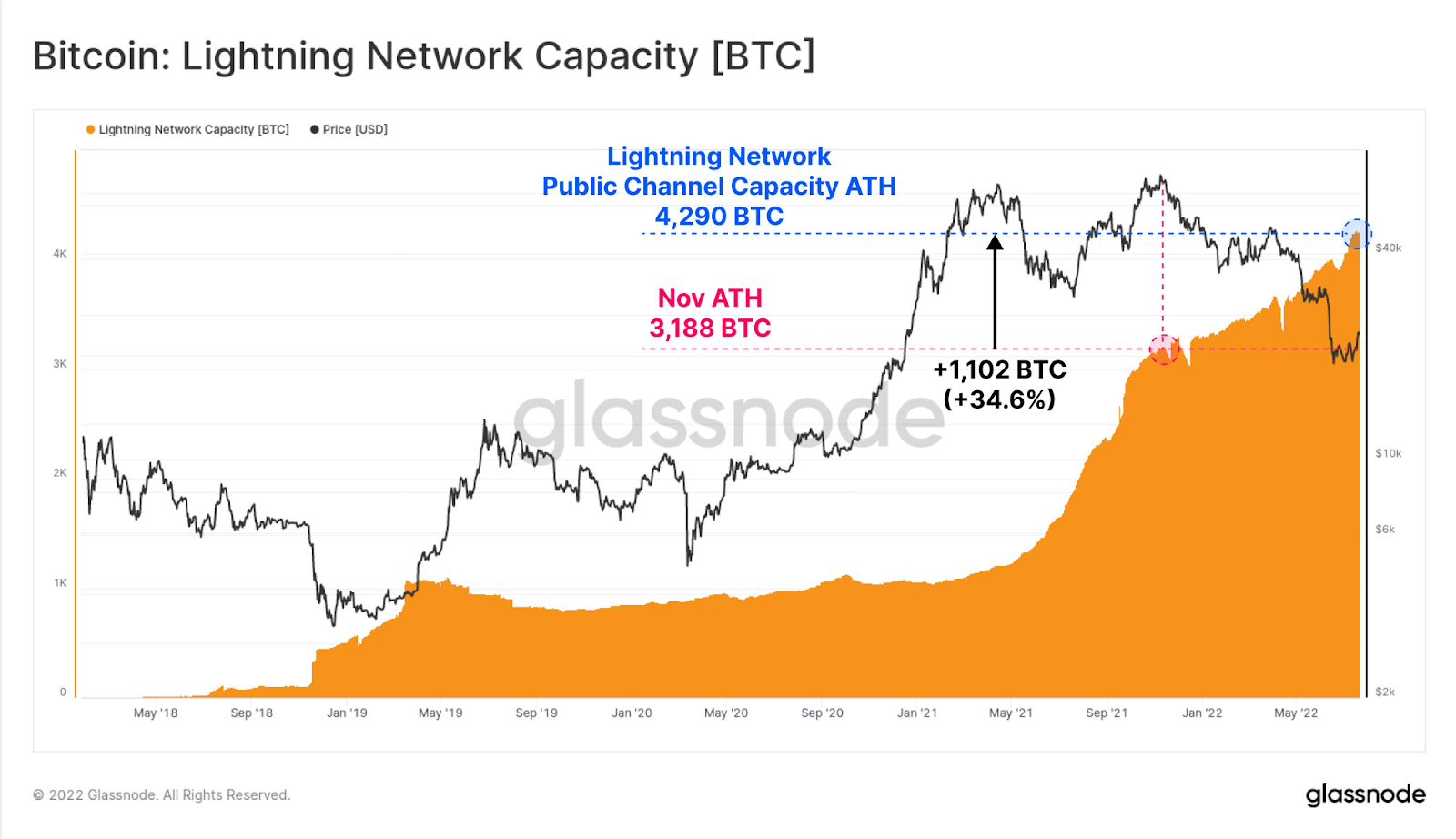 Based on the latest growth, it can be interpreted as growing confidence and utilization of the network even as it undergoes maturity alongside improvements.

Notably, the Lightning Network, a layer-2 scaling solution designed to make BTC transactions faster and cheaper, has continued to gather use cases. For instance, El Salvador’s adoption of Bitcoin as a legal tender has offered the platform a real-world use case.

Furthermore, the increasing capacity will potentially lead to a surge in the day-to-day use cases of Bitcoin, like payments and investment opportunities driving the asset’s adoption. It is expected that progress will potentially push Bitcoin into the mainstream as the cryptocurrency continues to make its case as a store of value.

The impact of LN was highlighted in a recent study by the Federal Reserve Bank of Cleveland according to the bank:

“We find a significant association between LN adoption and reduced blockchain congestion, suggesting that the LN has helped improve the efficiency of Bitcoin as a means of payment. This improvement cannot be explained by other factors, such as changes in demand or the adoption of SegWit.”

It’s worth mentioning that the LN capacity highlights the technology’s continued adoption despite the shaky price of Bitcoin. Notably, since the last record high, Bitcoin has corrected by over 70%, with the asset currently attempting to sustain its value above $20,000.

Amid the latest development, Bitcoin has registered minor gains, trading at $23,160 with less than a 1% gain in the last 24 hours.