Bitcoin (BTC) accumulation has been slowly increasing in recent weeks and months, and as Finbold pointed out, the number of so-called accumulation wallets recently hit a new all-time high.

However, while looking at Bitcoin on-chain accumulations patterns in relation to the BTC price level, it is obvious that there is a gap between the number of holders with less than 1 BTC (small fish) and those with between 1,000 -10,000 BTC (whales).

Notably, the shift in Bitcoin holdings since October 2020 has seen the number of smaller holders continuing to significantly gain while whales are distributing, as highlighted by on-chain data platform Ecoinmetrics on March 12.

“Bitcoin whales and small fish… two different worlds right now. The small fish are accumulating like there is no tomorrow while the whales are distributing. Without the whales, I doubt there is enough momentum for a sustained trend upward.” 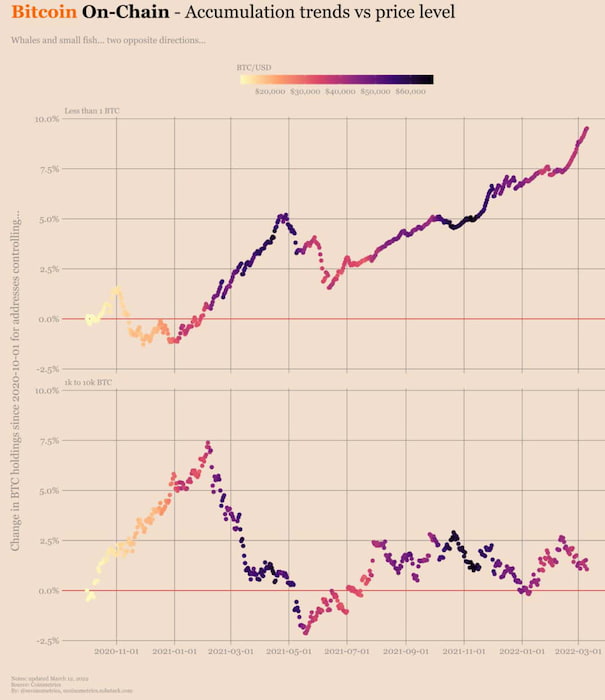 Interestingly, with such a discrepancy, the platform has pointed out that without the whales acquiring and holding, it is unclear that there would be enough impetus for the flagship digital asset to continue its upward trajectory.

As mentioned before accumulation wallets reached a new all-time high this was revealed by expert internet entrepreneur Lex Moskovski on his Twitter page on March 1, citing data from on-chain market analytics aggregator, Glassnode. 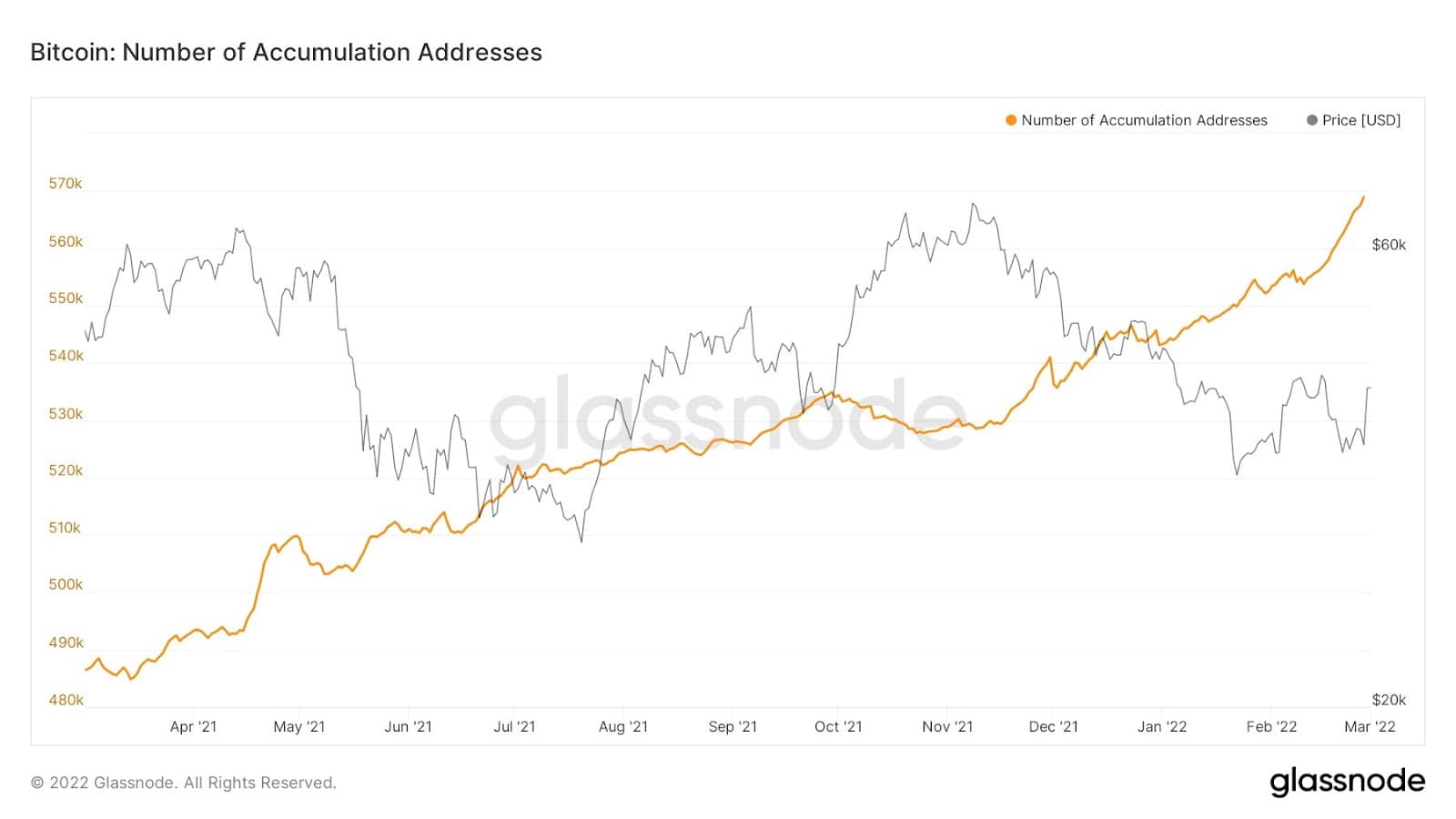 The accumulation wallet refers to those Bitcoin wallets that have recorded activity in recent times but haven’t spent any BTC, with the Bitcoin accumulation starting as of late February.

With updated information, Glassnode said that the spike was caused by a significant WBTC custodian generating new addresses and transferring reserves into them, rather than whale accumulation, which is generally regarded as a huge buy signal in the cryptocurrency market. 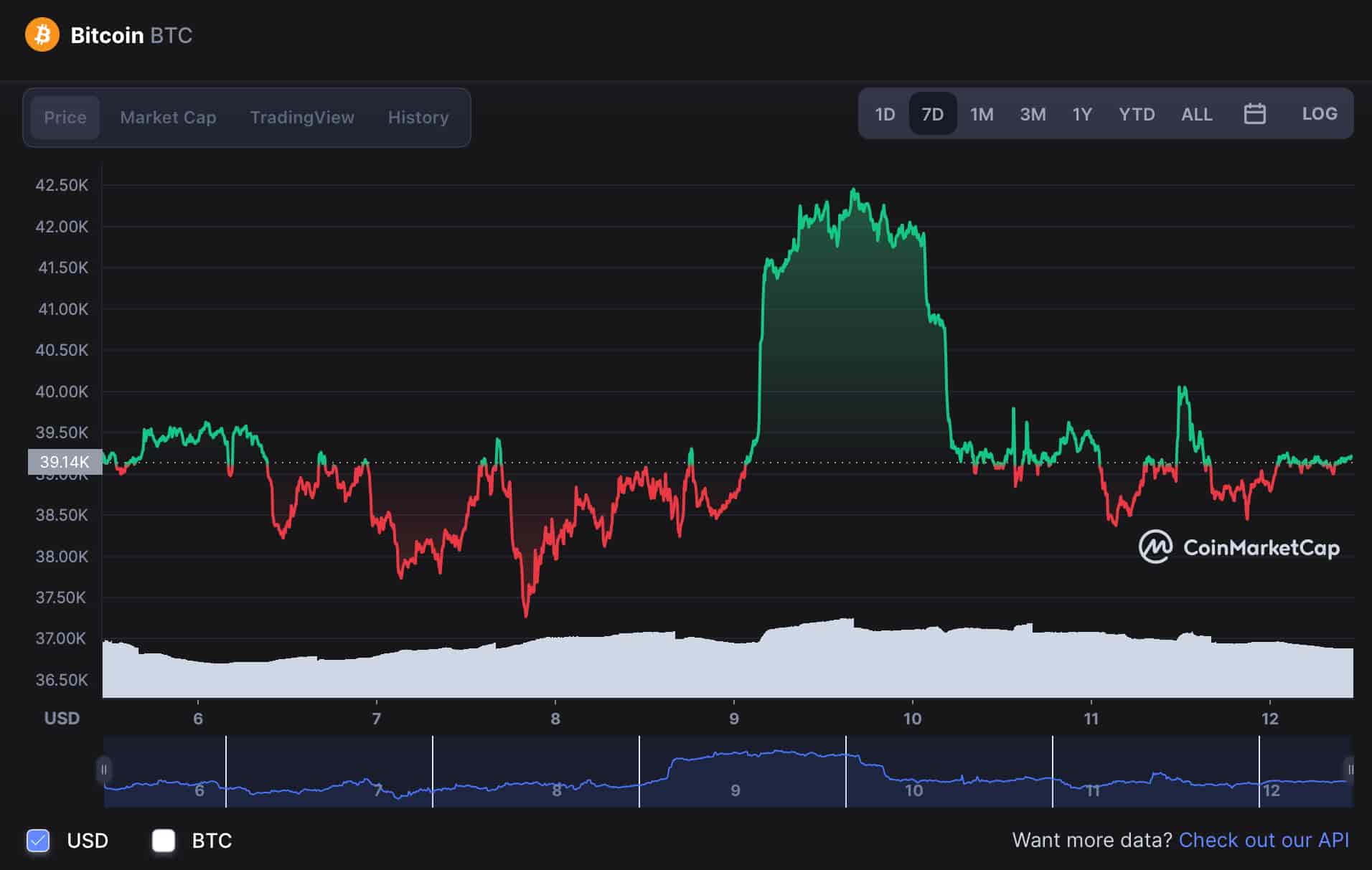 Currently, the market capitalization of Bitcoin is $743 billion with 42.5% dominance of the entire market.