Bitcoin’s relief rally from the $20K area seems to be coming to an end, as the $24K resistance level is rejecting the price once again. The 100-day moving average also acts as a resistance near the same level.

The 50-day moving average, which is currently located around the $22K level, could provide some support and initiate a rally above the $24K resistance level. In this case, a rapid rise towards the $30K supply zone would be more likely. 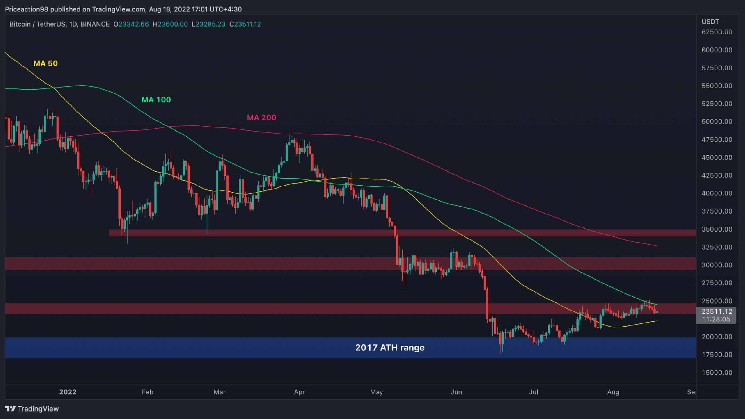 However, a bullish breakout above the 200-day moving average, which is currently trending around $33K, would be necessary to call the beginning of a new bull market. On the other hand, if the 50-day moving average fails to hold the price, a retest of the $17K-$20K support area would be more probable in the short-term.

On the 4-hour timeframe, the price has been rejected from the higher boundary of the large bearish flag pattern for the fourth time. The RSI indicator signalled a massive bearish divergence between the last few highs, pointing to a potential reversal.

The price has currently broken below the bullish trendline demonstrated on the chart and seems to be pulling back for a retest and eventual continuation towards the lower boundary of the flag. In this case, it would be highly unlikely that the price rebounds from the lower trendline, and a bearish breakout and continuation towards the $17K level and even lower would be the most likely outcome. 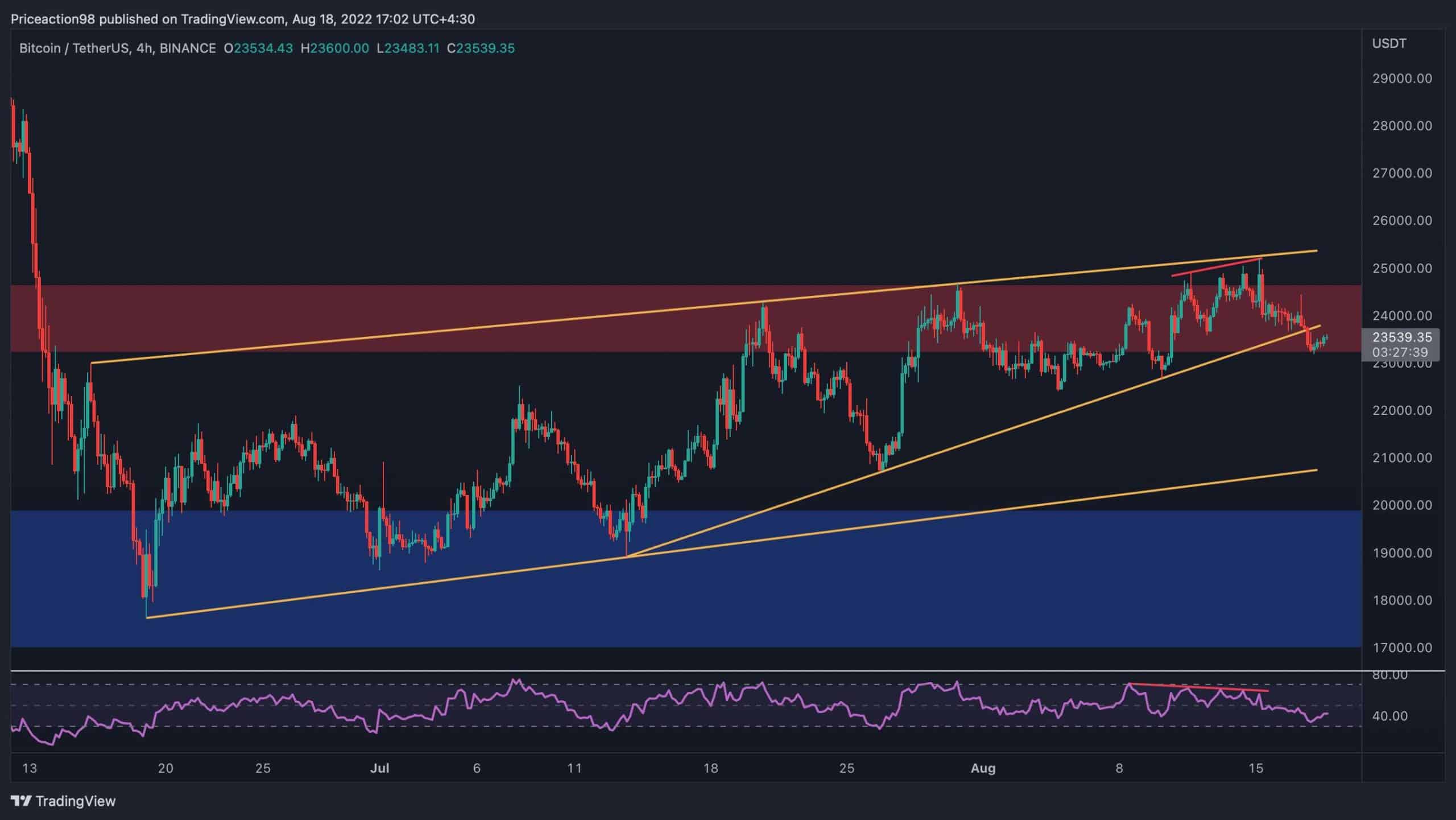 Why Crypto Prices Are Crashing and What Will Stop the Bleeding