Following an extended period of bearish pressure, bitcoin’s price surged on Wednesday, as bulls returned to the market. ETH was also higher, climbing to a five-day high in the process.

Following a low of $38,235.74 earlier in today’s session, BTC/USD surged beyond its resistance level at $40,000 as crypto prices rebounded across the board. 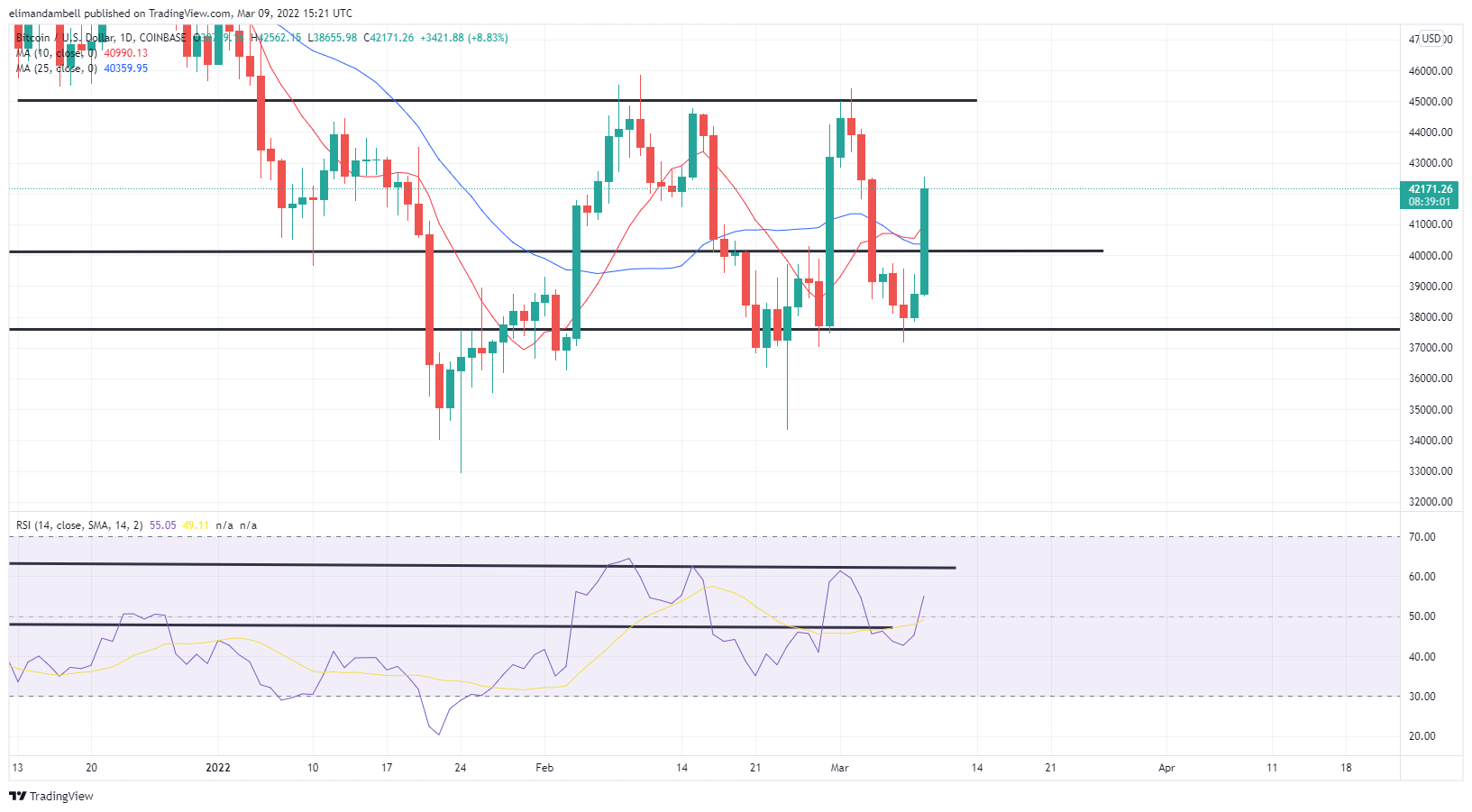 This is the highest level BTC has traded since last Friday, when prices were on their way to a now support level of $37,600.

Wednesday’s surge in price comes as the 14-day RSI broke free of its own resistance point of 46.70, and is currently tracking at 55.10.

Should price strength continue to climb, bulls will likely attempt to recapture the $45,000 ceiling for the first time since March 2nd.

ETH, which was in a streak of consolidation for the last four sessions, finally moved away from this floor, and is up by over 6%.

Looking at the chart, today’s surge has taken the price of ethereum close to its interim resistance point of $2,800. 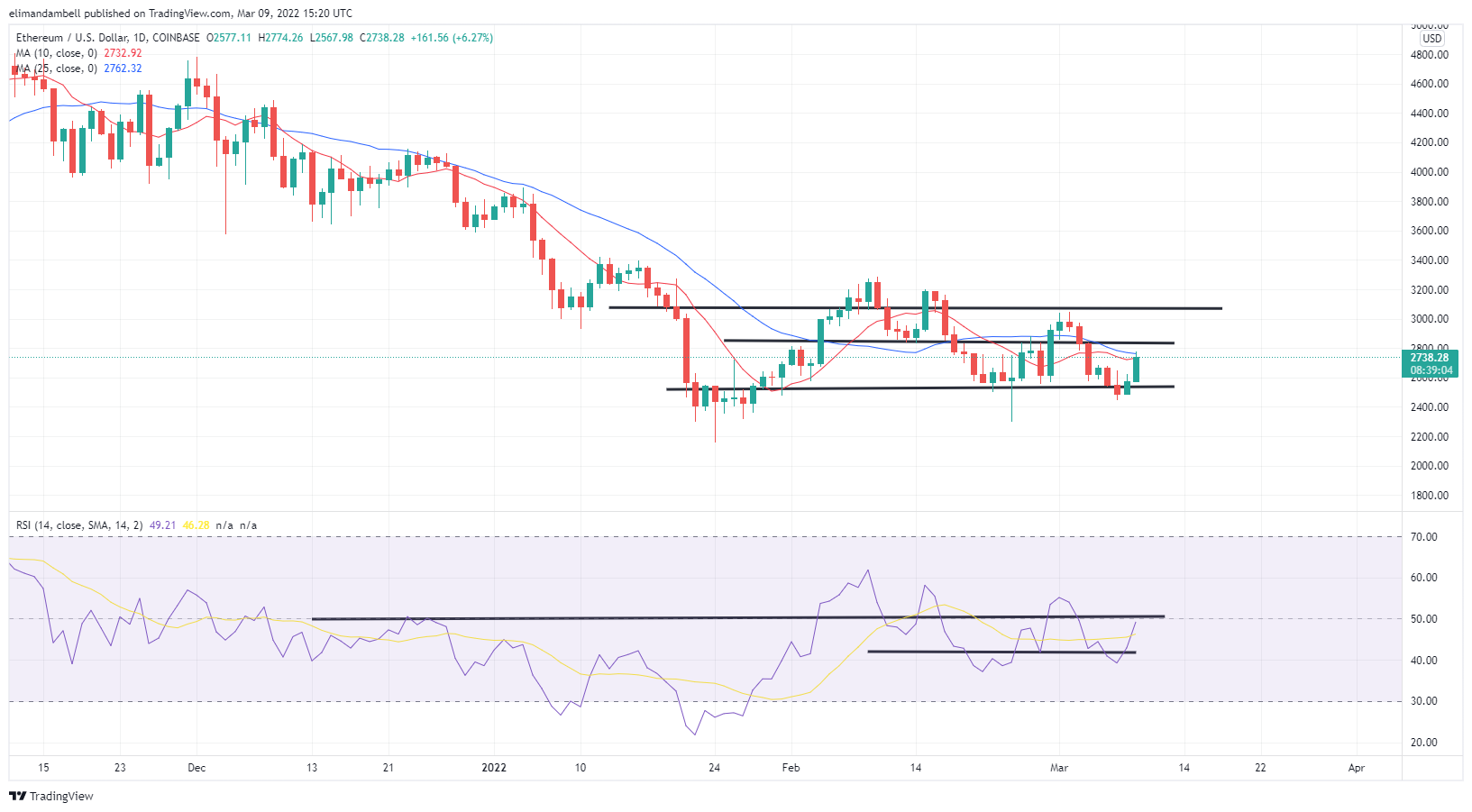 This will likely act as the main hurdle stopping bulls from reaching the $3,000 level, as well as the upcoming RSI ceiling of 50.75.

Bulls will likely have been buoyed by 10-day and 25-day moving averages, which look set to cross imminently.

Polkadot: Should DOT investors expect a rally in the face of a dead cat bounce