Bitcoin price analysis is bearish today as we have seen a higher high set and further upside rejected late yesterday. Therefore, we expect BTC/USD to drop again and seek to set another local low over the next 24 hours.

The market has regained bullish momentum over the last 24 hours as recovery was seen across the board. The market leader, Bitcoin, gained 6.31 percent, while Ethereum 5.79 percent. The rest of the top altcoins follow with similar performance.

Bitcoin price movement in the last 24 hours: Bitcoin peaks at $37,500, begins to consolidate

On the 4-hour chart, we can see the Bitcoin price action making another move higher being met with resistance over the last hours, indicating more downside should follow later.

Bitcoin price action has declined by over 24 percent since the last high at $43,500, which was set on the 20th of January. Initially, support was found at $34,000, with a further slightly lower low reached on the 24th of January.

Late Yesterday, BTC/USD saw a quick rebound from the newly found swing low. The previous local high was broken as BTC peaked around $37,500. Overnight, the market moved to retest the $36,000 mark as support, forming consolidation that lasted for most of the day.

However, over the last hours, Bitcoin price action has made another attempt to move higher. So far, we can see a slight rejection, indicating a reversal to the downside should follow soon. 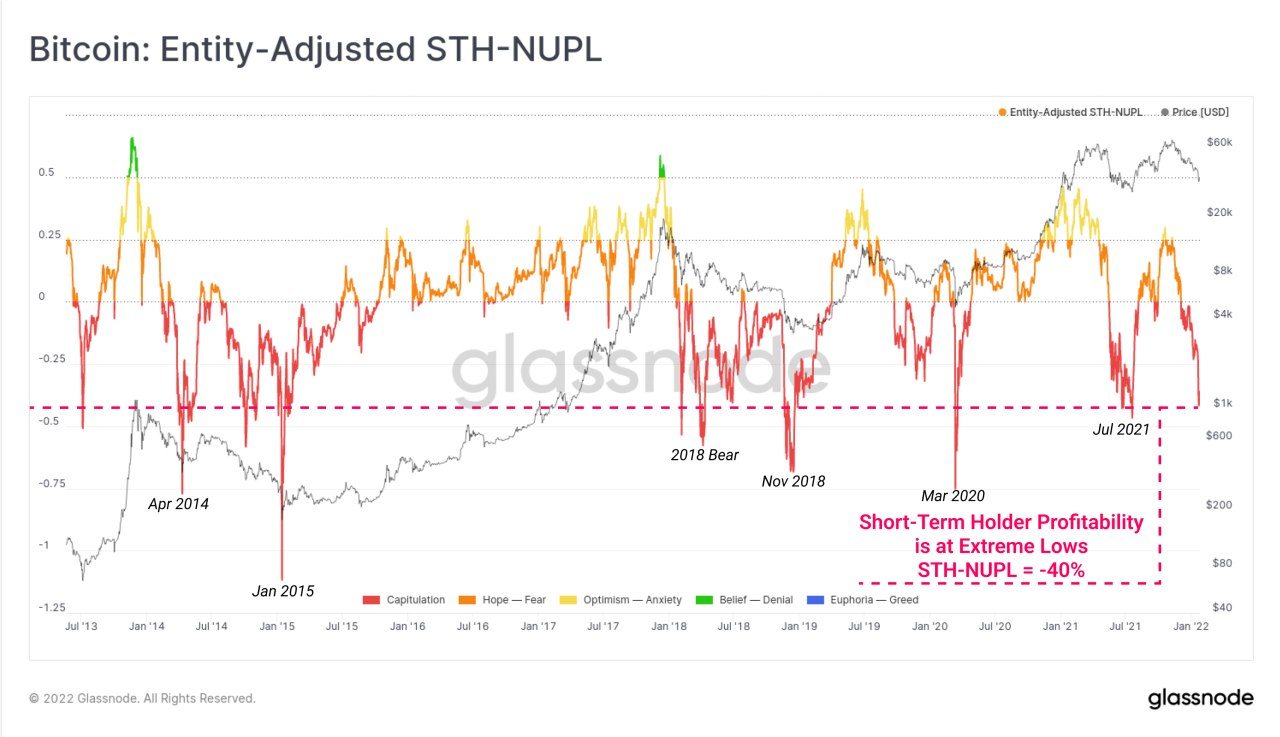 In addition to the current market structure, STH-NUPL, which tracks aggregate unrealized loss held by Bitcoin short-term holders in proportion to the market cap, has been pushed to an extreme of -40 percent. As seen previously, this is a level where the market is extremely volatile, indicating a lot more downside could come very quickly.

Overall, BTC/USD is likely headed lower again over the next 24 hours. However, in case a higher low is set, we could see more upside tested by the end of the week.

Bitcoin price analysis is bearish today as we saw upside rejected yesterday and over the past couple of hours after consolidation above $36,000 overnight. Therefore, BTC/USD is now likely ready to push lower again, moving to test the $33,000 – $34,000 support area.

While waiting for Bitcoin to move further, see our articles on Coinbase Vault vs Wallet, Cardano price prediction, and crypto tax-loss harvesting.

Crypto Strategist Says One Ethereum Rival Is Preparing for Liftoff, With Bitcoin (BTC) Bottom Likely In