Bitcoin settled above $62,000 following an impressive run last week. The move allowed more bulls to join the market amid rising speculation that the flagship cryptocurrency is only beginning this bull cycle.

The weekend saw Bitcoin stretch the bullish leg higher above $62,000, where it almost brushed shoulders with $63,000. BTC had not traded at this level since mid-April, just before the crash began.

The general technical picture on the daily chart is strongly positive, starting with the Moving Average Convergence Divergence (MACD) indicator. With this trend following toll on an upward roll above the mean line, the odds strongly favor the bulls.

Similarly, the Relative Strength Index (RSI) suggests that buyers have the upper hand as it snakes into the overbought region. Like the MACD, the RSI follows the asset trend but calculates the strength from the bulls and the bears. A consistent upward movement implies that Bitcoin is in the hands of the bulls. 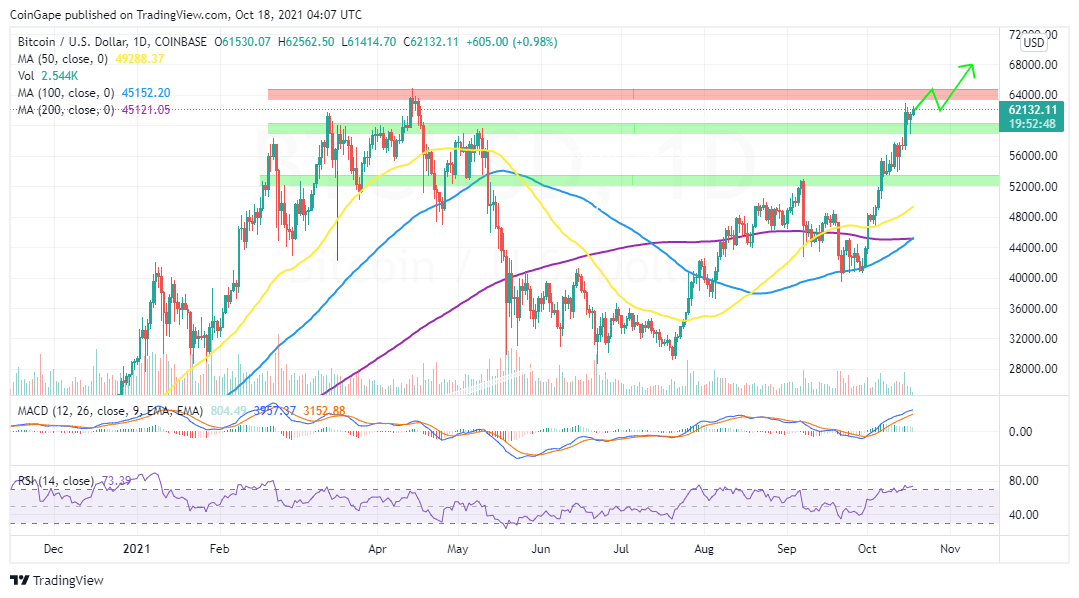 At the same time, the 100 Simple Moving Average (SMA) is on the verge of crossing above the 200 SMA. Although the result of this would not be a golden cross, the index’s appearance helps validate that buyers are in control, and we can expect Bitcoin to keep the uptrend intact.