According to CoinMarketCap data, Cardano has reclaimed the 8th spot in cryptocurrency market capitalization, flipping Solana (SOL). At a present market valuation of $27.92 billion, Cardano has surpassed Solana’s $27.14 billion to clinch the 8th largest coin amid inflows into its ecosystem. 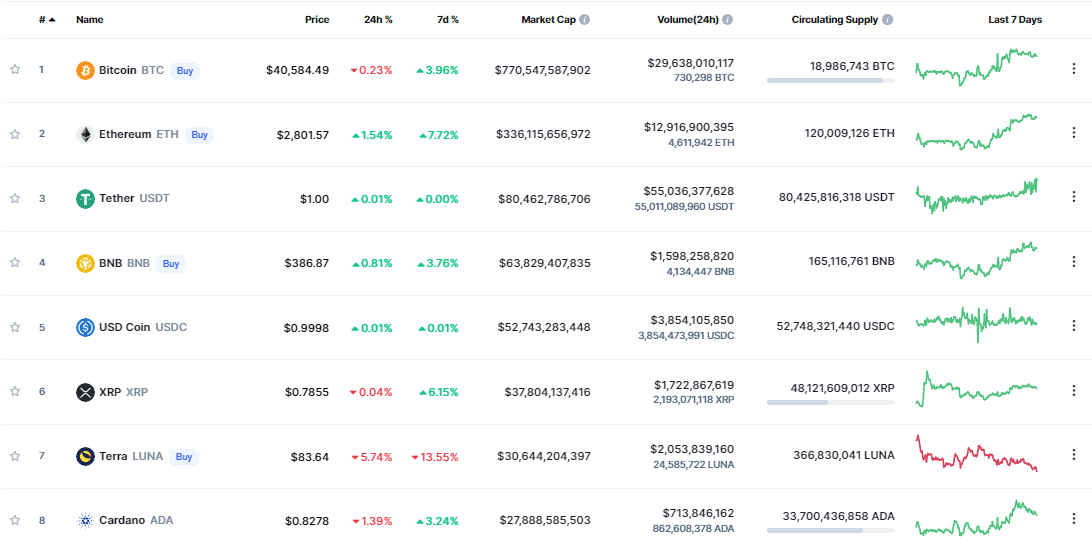 The Cardano network has seen inflows of funds into its ecosystem as the total value locked (TVL) swelled from roughly $1.7 million seen in mid-January to a present $314.87 million, a near 18,420% increase.

Cardano has entered the third phase of building its network, the Basho phase. In this stage, the network is supposed to deliver improved performance and scalability. As part of this phase, Cardano plans to release Hydra, a collection of Layer 2 solutions aimed at improving network security and scalability.

In a scaling milestone, the first Hydra Heads have opened on the public Cardano testnet. Hydra Head, the first in a suite of protocols, is a critical element of Cardano’s scaling journey.

Since the start of March, the Cardano DeFi ecosystem has attracted nearly $150 million more in funds. This is reflected in the surge of total value locked (with the inclusion of staking) from roughly $168.95 million to $314.87 million. The spike in TVL was observed from Feb. 28 to March 16. Without the inclusion of staked governance assets, Cardano’s TVL stood at $225.9 million presently.

Cardano’s Minswap has gained 121% in total value locked (TVL) over the last seven days, flipping SundaeSwap to become the largest protocol. The majority of funds on the network is now concentrated on the Minswap decentralized platform, with $115.19 million currently locked.

Although the groundwork for future improvements in the Cardano ecosystem has been built, the ADA price has failed to catch up. Shortly after hitting its ATH, Cardano (ADA) has dwindled steadily. ADA is currently consolidating at $0.82, down nearly 75% from its all-time high of $3.10. ADA might strive for a near-term resurgence if bulls are ready to preserve a foothold at the support near the $0.74-$0.81 area.