Ethereum (ETH), Cardano (ADA) and Shiba Inu (SHIB) have recorded significant losses together with other major altcoins amid a steep market correction. 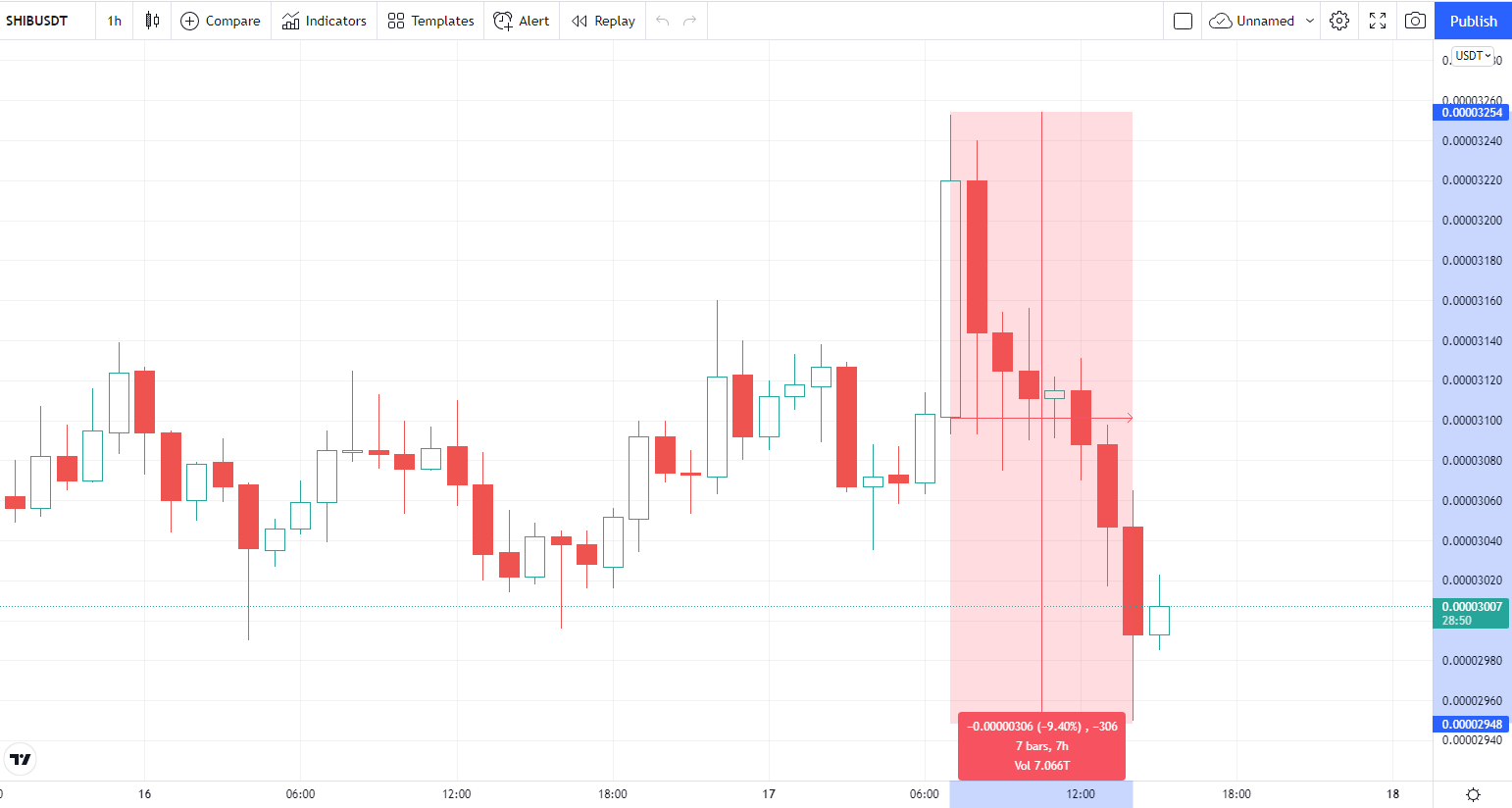 Virtually all of the top cryptocurrencies are in the red over the past 24 hours, according to data provided by CoinMarketCap.

Cosmos (ATOM) is the only major altcoin that has managed to buck the bearish trend with a decent 6% price spike. The token is currently trading at $29.42 on the Binance exchange.

The leading altcoins moved in tandem with Bitcoin, which recently slipped to an intraday low of $41,882, the lowest level since Feb. 14.

After briefly recovering to nearly $46,000, the world's largest cryptocurrency is struggling to regain momentum amid a streak of sideways trading.

Bitcoin remains under pressure amid an underwhelming trading session for the U.S. equities market. The Dow Jones Industrial Average is down 458 basis points at the time of writing.

The price of gold continues to rally, hitting a multi-month low of $1,897 per ounce earlier today. The recent move has reinforced the yellow metal's safe-haven status. Bitcoin, on the other hand, continues to perform as a risky asset. 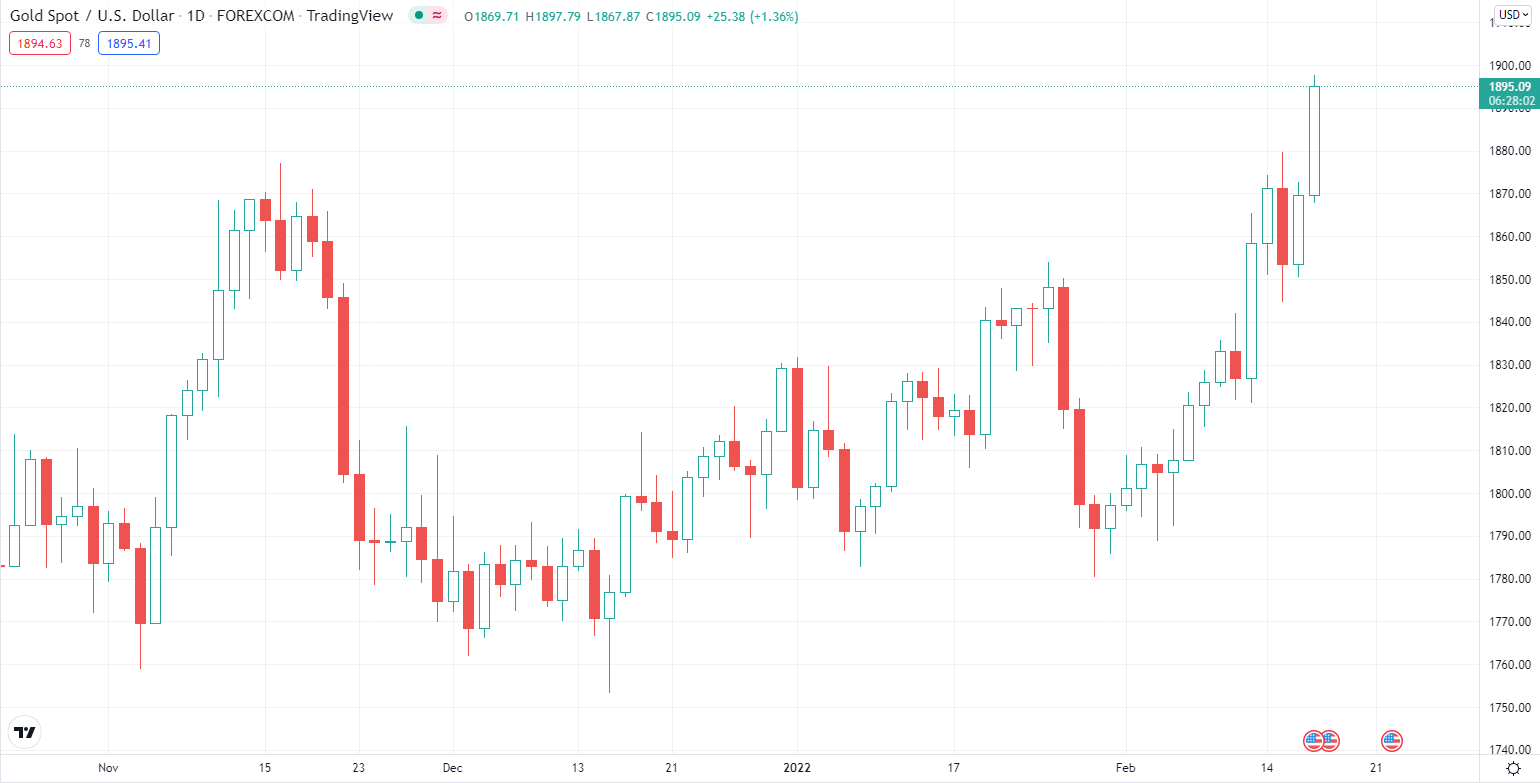 The Japanese yen, which is regarded as a traditional safe-haven currency, has also spiked to the highest level against the U.S. dollar in more than a week.