Home Articles Chainlink establishes support that will launch LINK to $25

Chainlink price has experienced some major swing over the past two trading days. Bulls were unable to repeat Wednesday’s performance but, at the same time, kept LINK’s Thursday losses to a minimum. Most importantly, from an Ichimoku perspective, bulls were able to keep the daily close above the Tenkan-Sen and the Kijun-Sen, creating a fantastic base for higher moves.

Chainlink price completed several major bullish events on Wednesday’s close. Wednesday’s close confirmed a breakout above the falling wedge as well as the Tenkan-Sen and Kijun-Sen. But the price action and resistance zones ahead could be choppy, despite the bullish close. 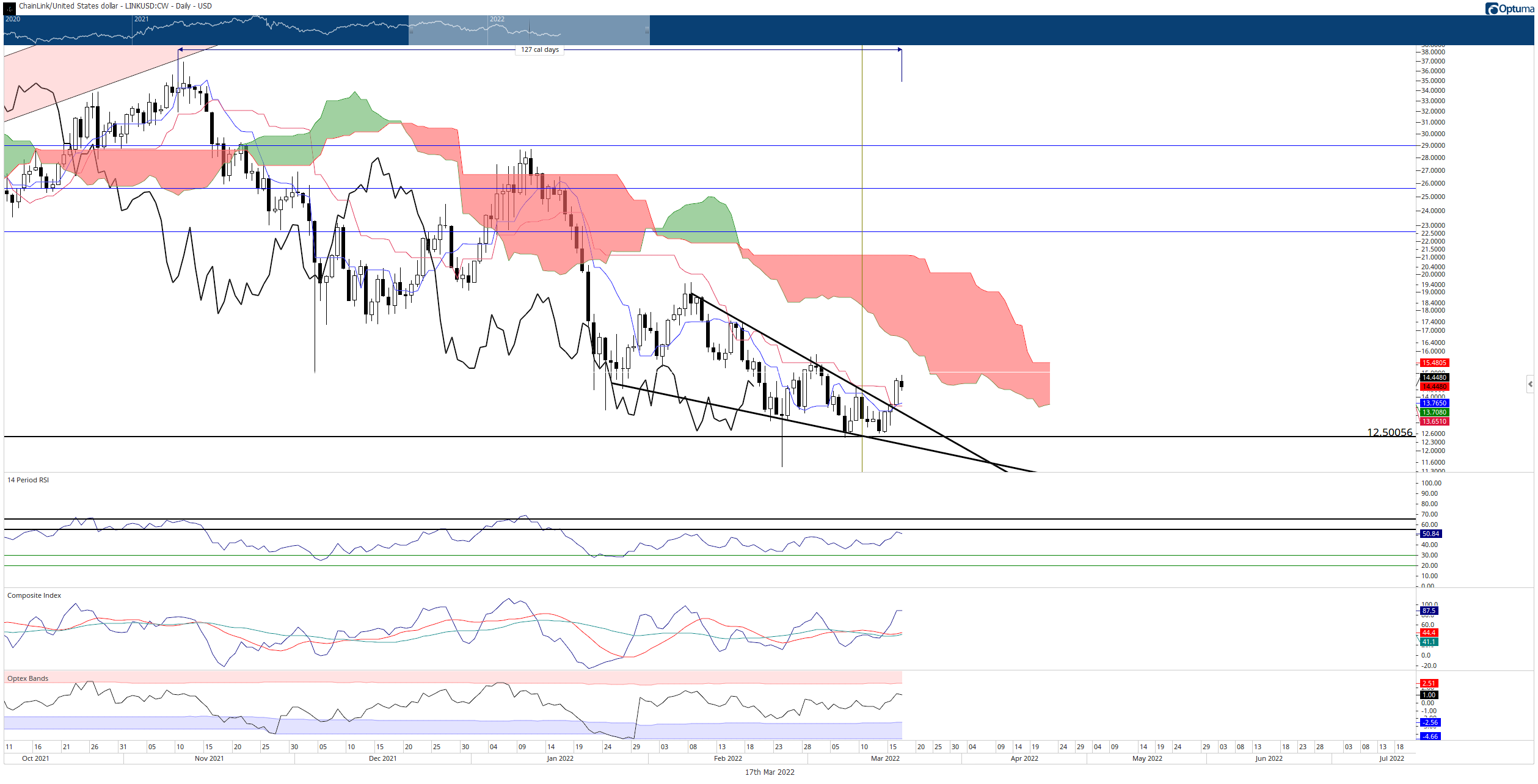 As a result, the $1/3-box Point and Figure chart sheds a little more light and clarifies where the candlestick chart can’t – a potential buying opportunity is now present for Chainlink price.

The hypothetical long opportunity for Chainlink price is a buy stop at $16, a stop loss at $12, and a profit target at $32. However, while the profit target at $32 is derived from Point and Figure analysis, LINK is more likely to halt at the $25 value area. $25 is a naturally powerful psychological number, but it also contains the 50% Fibonacci retracement and the Kijun-Sen. 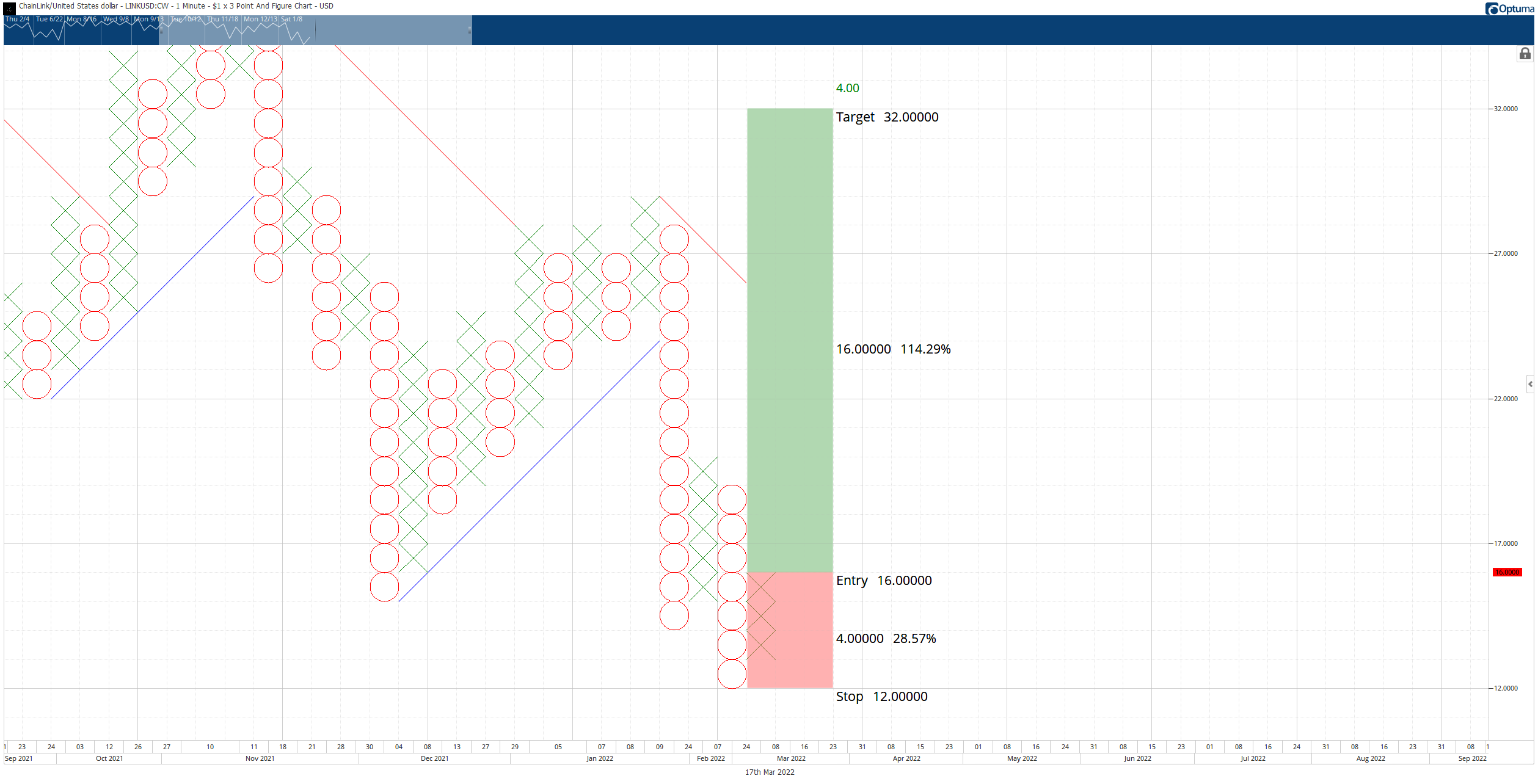 The long idea represents a 4:1 reward for the risk setup. A trailing stop of two to three boxes would help protect any implied profit made post entry. The setup is invalidated if Chainlink price drops to $11. Additionally, Point and Figure does not use volume or time – just price – so a time limit or expectation of ‘when’ is moot.