The Chinese government has been staying neutral on the ongoing Russian invasion of Ukraine. As the world’s mega economies condemn and sanction Putin’s government, China has chosen to watch at the sidelines. It even did not vote during the UN meeting to sanction Russia.

However,  it is showing signs of acceptance that the Ruble’s fall is imminent as its forex department has eased the control of the exchange rates of the Ruble. The country has moved to take this step to prevent any possible sanctions on its economy. It does not want to be mistaken for aligning with Russia as it has been a victim of Western sanctions too.

The country has doubled the margin with which the Ruble fluctuates against the Yuan. Now, the Ruble can gain or lose by 10% margin on the Yuan daily starting Mar. 11, 2022. The news was communicated yesterday by the China Foreign Exchange Trade System.

Even with favorable exchange rate control, the Ruble performs dismally against the Chinese Yuan. The sanctions against Russia are already being felt across the board, with all significant currencies outperforming it significantly. The Ruble has lost over 40% since being cut off from the SWIFT payment system.

The Chinese multinational companies show no signs of pulling out of Russia. However, the country’s economists advise watching the matter from a safer distance. Now, the Chinese government is preparing to take advantage of the Moscow situation to strike better deals.

President Vladimir Putin has been facing a tough time as his significant banks and close associates have been clamped down by western sanctions. After announcing the ‘special military activity’ on Ukraine, the West has been Rallying to sanction him. They are not sparing any of his close associates.

Yesterday, the UK even froze Chelsea’s club owner Roman Abramovich’s assets over his ties to President Putin. The sanctions are weighing down on the Ruble, losing over 40% of its value after decades of success. It is still in the ATLs of the exchange rate against the USD as investors have to trade 136 RUBs for a USD which is too high compared to 75.25 RUBs/USD recorded on Feb. 16, 2022, before the attack. 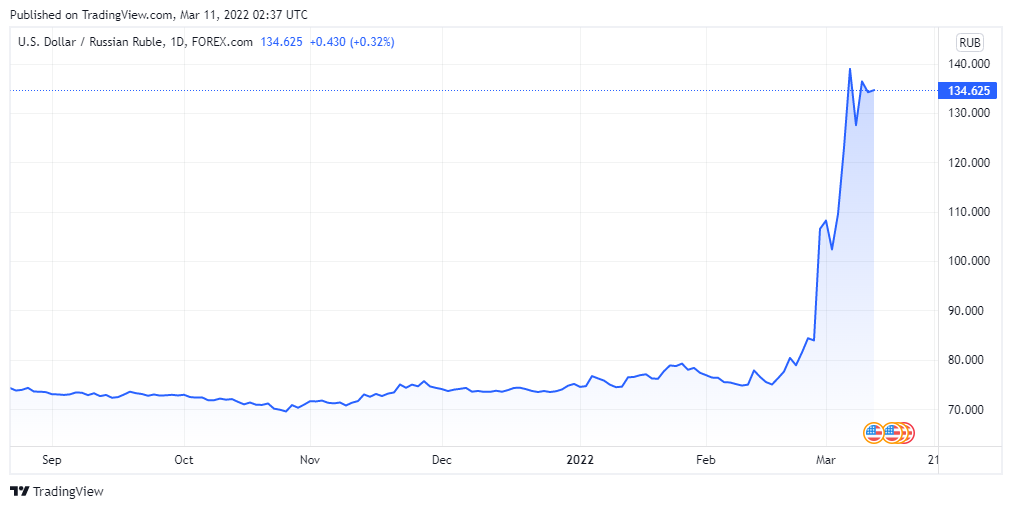 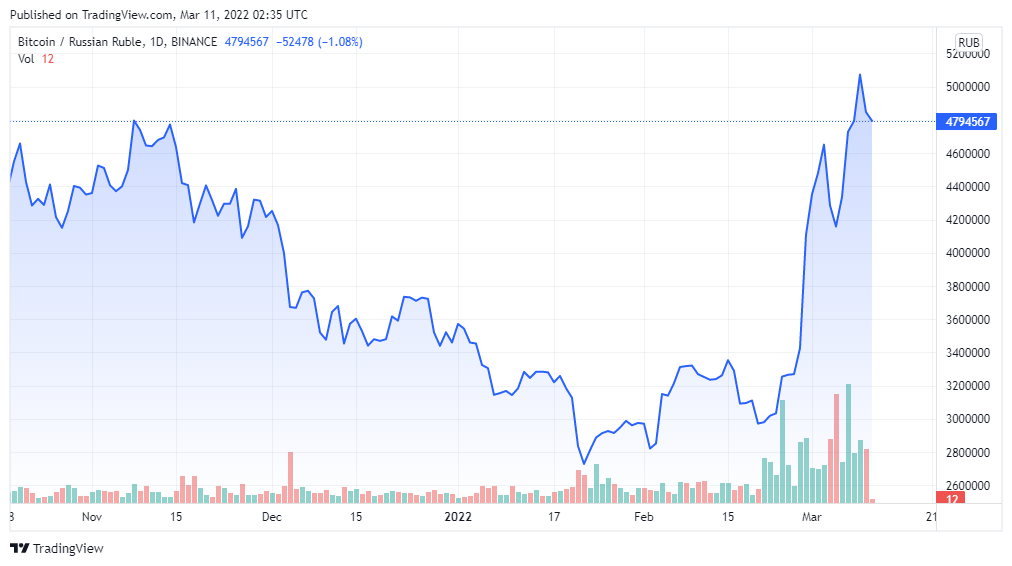 Comparatively, BTC is also outperforming the Ruble by far. For the first time ever, the premiere crypto surpassed the Ruble in Market Capitalization during this crisis. The Ruble denominated BTC volume also spiked to a 9-month high after the sanctions. Currently, the Ruble denominated BTC volume is at per with values recorded last November while the BTC was on an ATH. The rate is notable as BTC is trading at about 42% below the ATH’s price.