The lack of inflows on the cryptocurrency market and overall fear among investors did not prevent memecurrencies like Shiba Inu and Dogecoin from gaining around 40%-50% to its value in a matter of days. Such a strong gain is not tied to any fundamental changes in the project’s future or events that would attract investors to those coins.

U.Today has previously covered a massive rise in the activity of the Dogecoin network, followed by the strong price performance of the biggest memecoin on the market. The rising price and network activity were most likely consequences of the revitalization of Dogecoin whales. 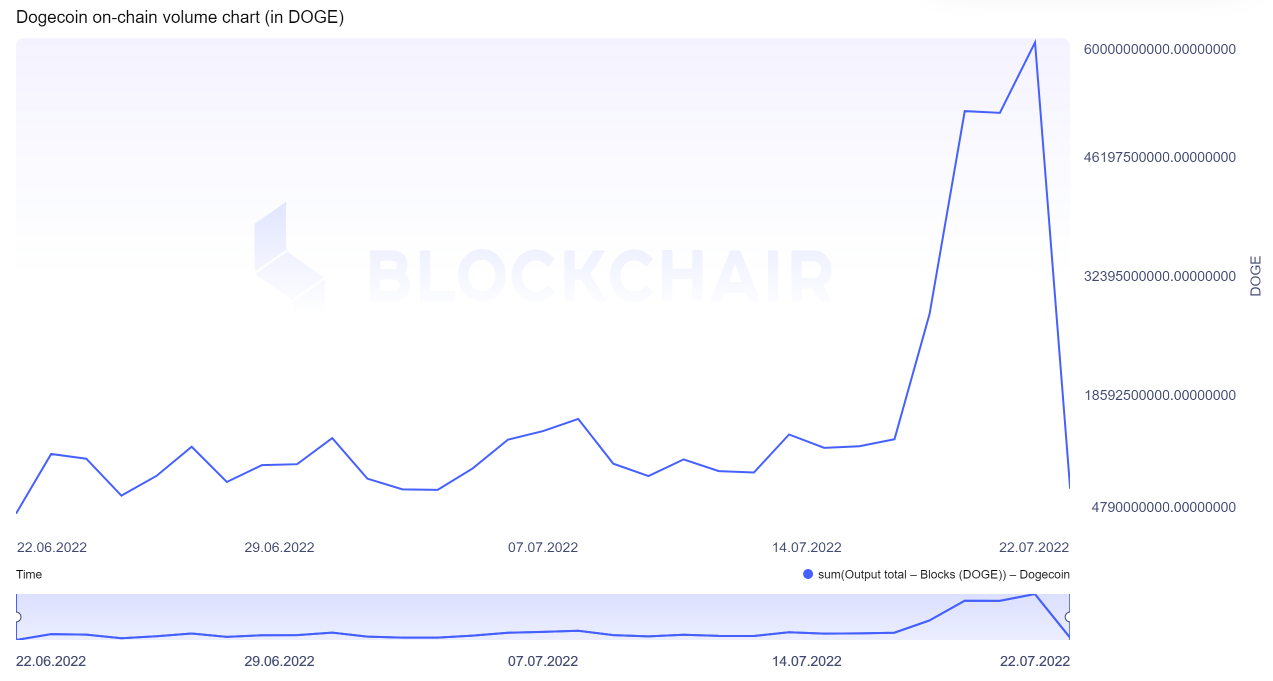 Since the market has not seen a rise in selling pressure, the rising activity of large whale addresses was tied to the increasing buying activities rather than the desire to sell their holdings.

On Jule 20, Dogecoin saw a massive spike in selling pressure as the coin’s price dropped massively from the local high, resulting in an 8% loss from the highest price point of the day.

Thankfully, the memecurrency has not lost its value following Tesla’s $900 million Bitcoin sale. Considering Musk’s support for Dogecoin, some users became worried that the entrepreneur changed his opinion about the most famous memecurrency.

Following the drop from the ATH, the portrait of an average Shiba Inu investor has changed drastically from a short-term trader who was willing to gain a quick and large profit from an extremely volatile trade to a mid-term investor who bet on the further adoption of the cryptocurrency.

The massive amount of retail Shiba Inu investors was the main reason behind every plunge of the dog-themed coin, considering that the majority of SHIB holders got it around the all-time high of $0.000088.

As time went by, SHIB was adopted by numerous business and services that were more than ready to accept the memecurrency as payment despite its volatile nature.

In the last month, Shiba Inu proved that it still has some potential for recovery as the memetoken gained over 50% to its value even without the support of institutional investors or big whales that used to actively purchase an insane amount of tokens back in March and April 2022.

It is not yet clear if both Dogecoin and Shiba Inu have enough growth potential for a reversal, but the cryptocurrency market successfully holds on under a pressure, with most altcoins not showing signs of a retrace, which means that both memecurrencies still have a chance to show us greater performance on the market.