A popular crypto analyst and trader thinks Bitcoin (BTC) is ready to bounce alongside the US stock market.

In a new strategy session, crypto trader Kevin Svenson tells his 69,000 YouTube subscribers Bitcoin has been demonstrating a nearly 90% correlation with the S&P 500 recently.

He also says the S&P 500 is reaching “extremely oversold levels” on the weekly relative strength index (RSI), a metric measuring an asset’s market momentum. Svenson notes the index hasn’t hit a point this low since the Covid crash in early 2020.

The analyst also says the S&P 500 has tended not to spend much time at these historically low levels on the RSI. He thinks equities are “due for some kind of rally,” especially since the index just dropped to a key Fibonacci level at the end of last week.

Svenson predicts Bitcoin will follow the S&P on a “multi-week reversal back to the upside,” though he thinks there’s a “strong possibility” BTC hits a lower price later down the road.

The analyst says Bitcoin could test up as high as its current downward-sloping resistance line before dropping to lows later on. BTC’s price could surge up to previous support zones around $36,200 or previous candle close zones around $37,500. 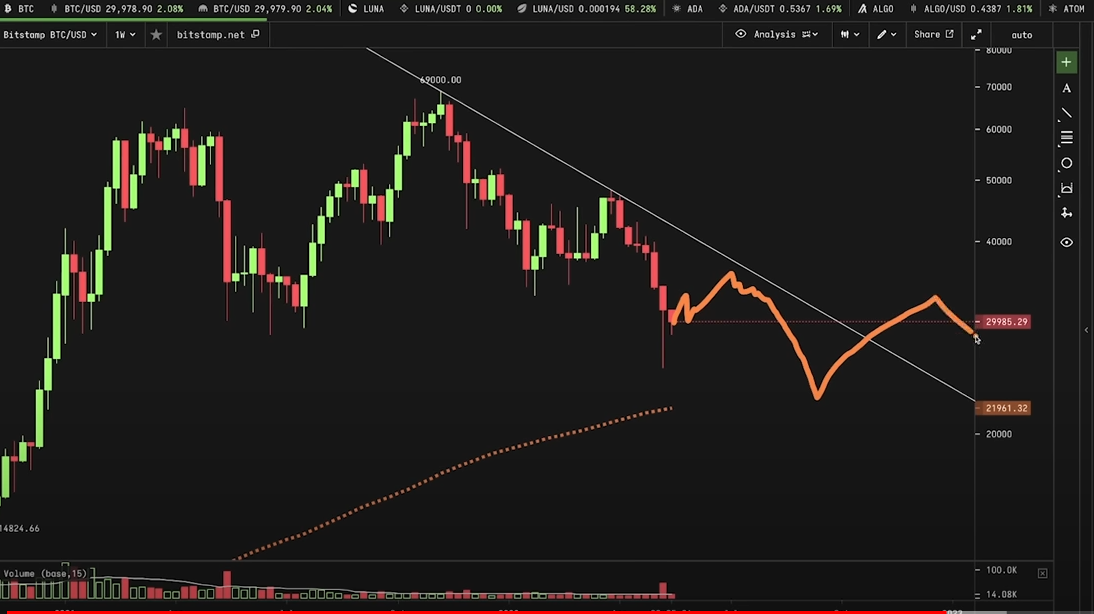 Bitcoin is trading for $29,305 at time of writing. The top-ranked crypto asset by market cap is down more than 2.5% in the past 24 hours.