A crypto analyst with a history of calling Bitcoin (BTC) retracements is weighing in after the leading digital asset’s recent rally.

The pseudonymous trader Capo tells his 455,600 Twitter followers that he remains bearish and believes most people are “not prepared for what is coming and it shows.”

Capo digs into the charts to provide a more detailed analysis of where he thinks Bitcoin is headed. Although Capo says BTC’s short-term price action looks bullish, he believes traders should zoom out. 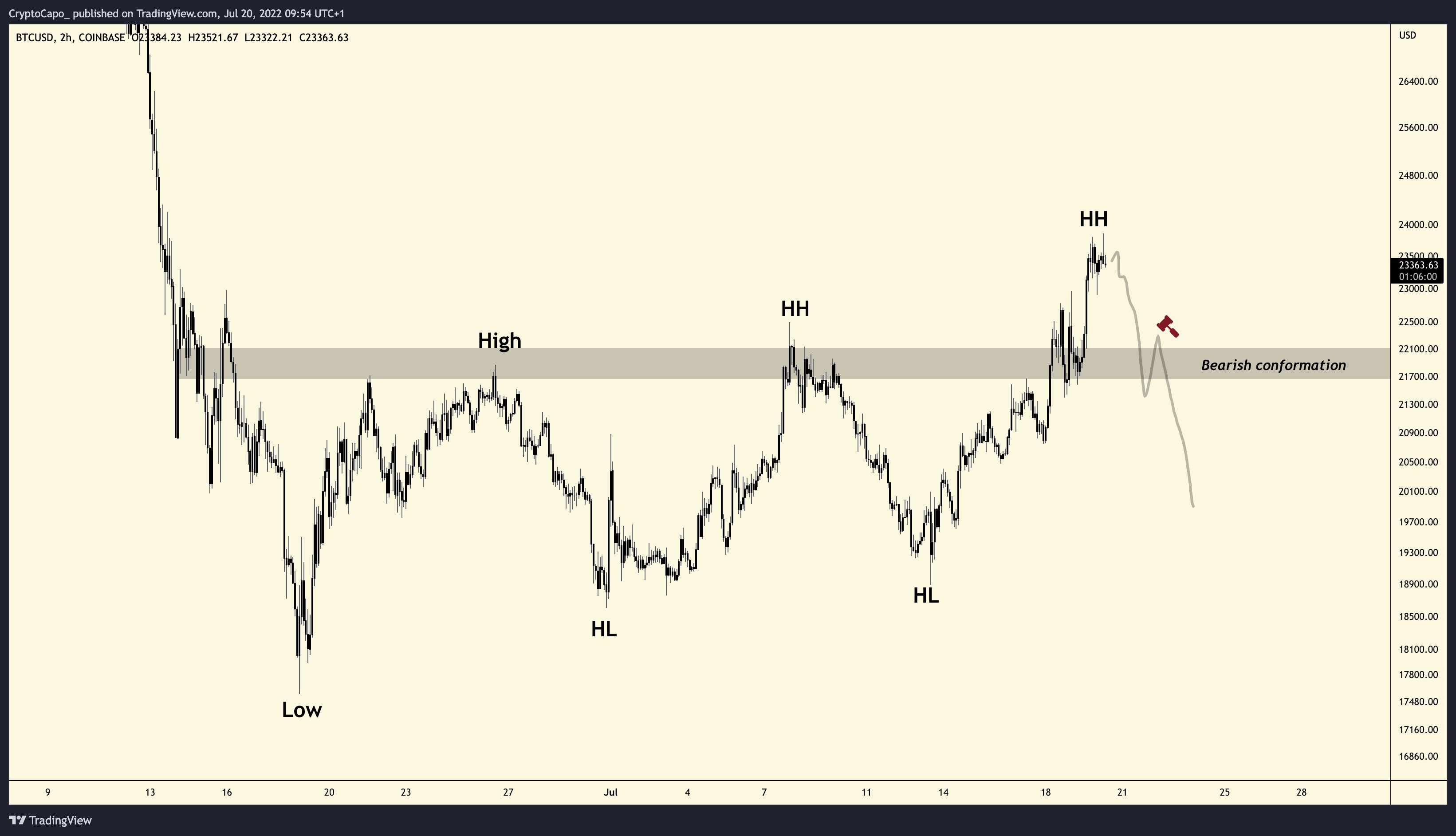 The analyst concludes by plotting out five Elliot Wave indicators dating back to the beginning of the year. He says the metric suggests that one last leg lower is coming between now and September.

“This move up is showing all the characteristics of a wave 4. Corrective move forming hidden bearish divergences. 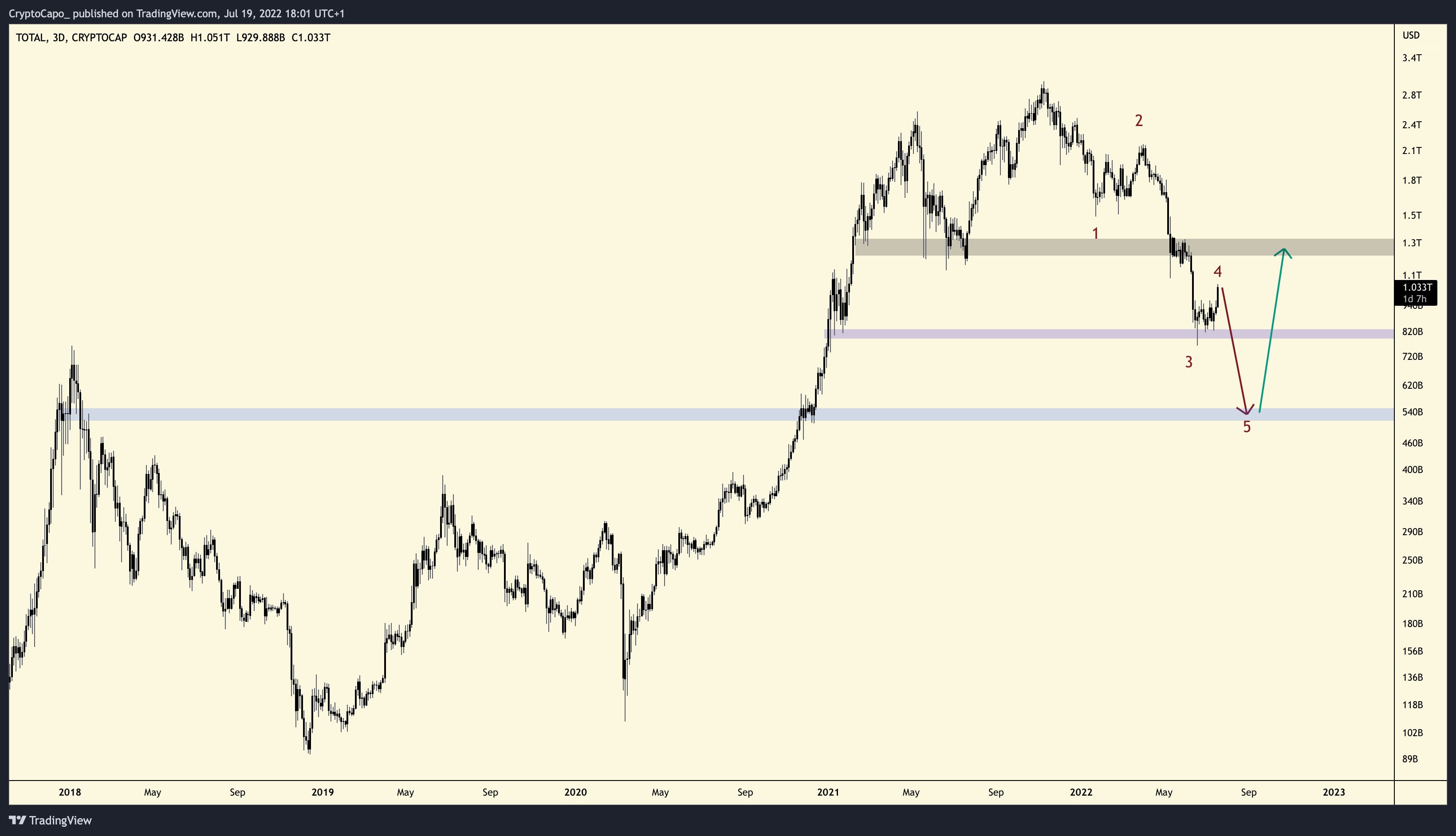 The Elliott Wave theory is a technical analysis approach that attempts to predict future price action by following crowd psychology that tends to manifest in waves. According to the theory, an asset goes through a five-wave cycle before a major market reversal.

Bitcoin continues its strong weekly performance, up 2.82% over the past 24 hours and trading for $23,206 at time of writing.

How high can the X-wave rally?

A sharp decline in the making?