Following two consecutive sessions of declines, DOT saw its price rebound on Friday, as it moved away from a multi-week low. While DOT rose away from these lows, RUNE dropped, with the token falling towards them. Prices of RUNE are down by over 10% as of writing.

After two days of declines, DOT/USD dropped to a bottom of $8.61 on Thursday, however, it followed that up with a nearly 10% rally today.

Today’s move saw DOT hit an intraday high of $9.91, as prices moved away from recent lows which are close to support of $9.05. 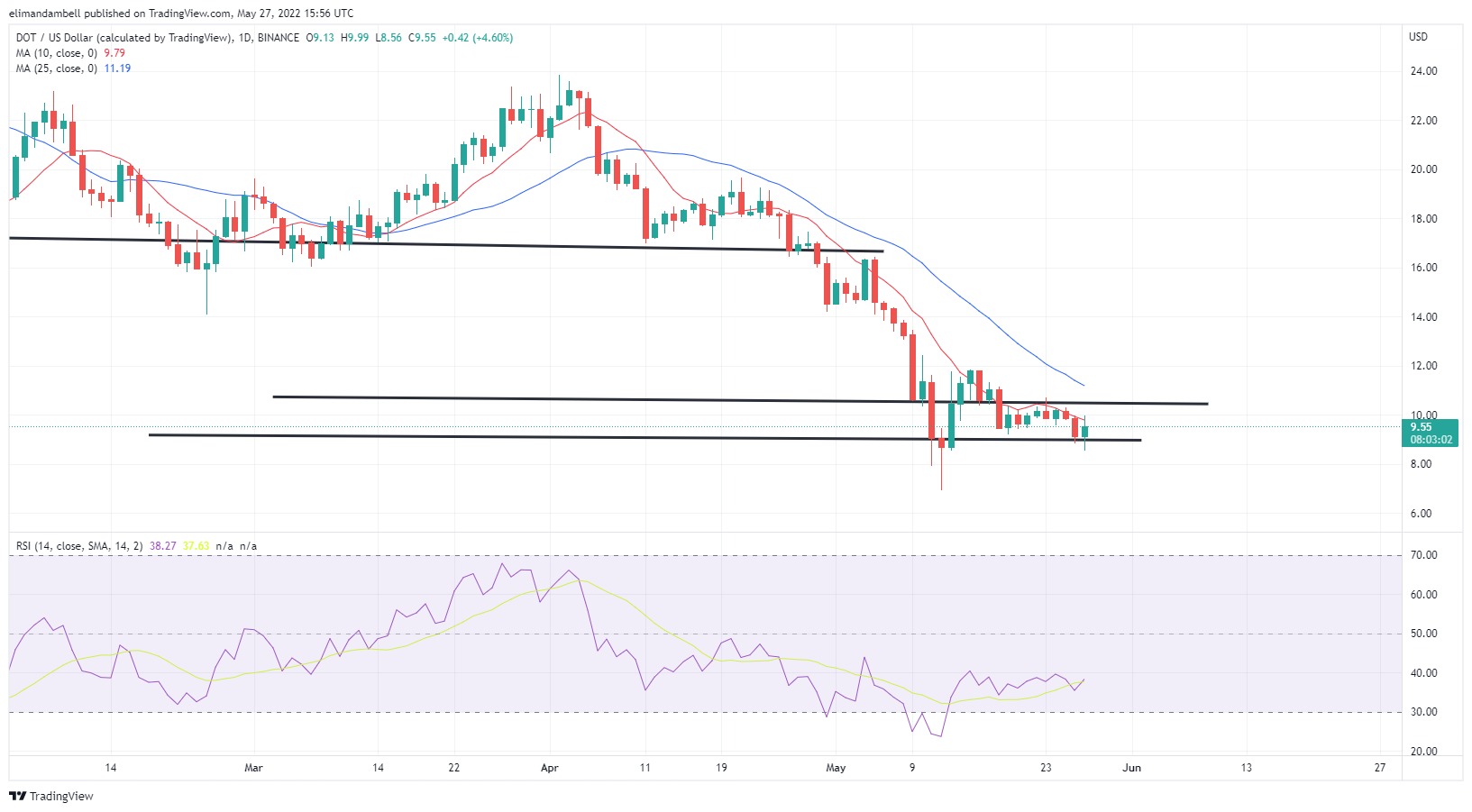 Looking at the chart, the next price target for bulls will likely be the ceiling at $10.50, which has mostly held firm for the past ten days.

Whilst it currently tracks at 38.85, bulls will likely be paying close attention to the 39.50 level on the RSI, as it appears to be a hard ceiling.

This could mean that some bulls will likely attempt to push prices above the $10 threshold, then potentially liquidate positions prior to hitting the ceiling.

While DOT moved away from its own support level on Friday, RUNE moved towards it, as prices dropped by over 10% today.

Following a peak above $3.15 during Thursday’s session, RUNE/USD slipped to a low of $2.45 earlier in the day.

This low comes as prices break below the recent support point of $2.62, hitting their lowest level since May 12 in the process. 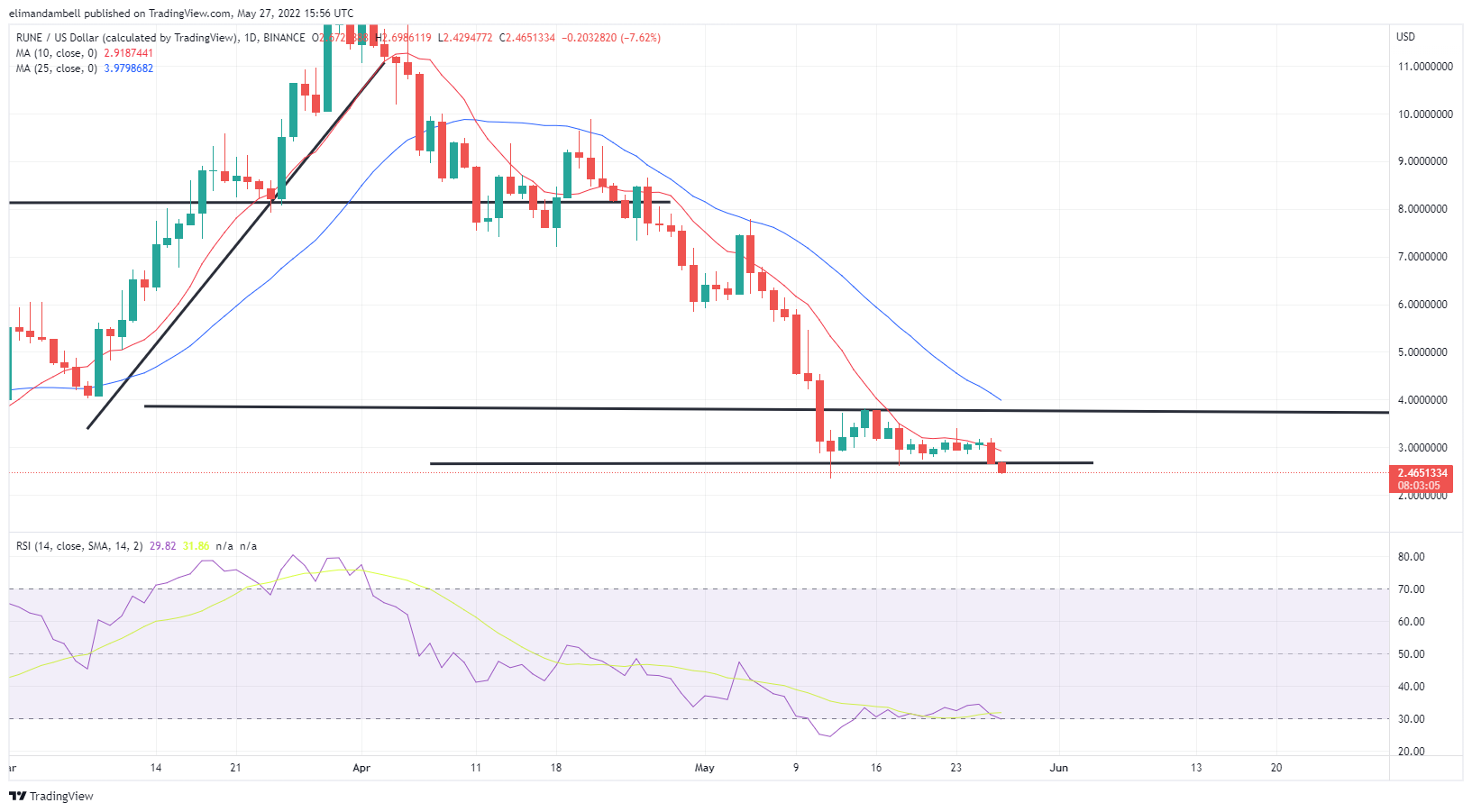 As a result of this fifteen-day low, the Relative Strength Index is currently tracking at 29.91, which is not only extremely oversold, but also a floor.

Bulls looking for positives will likely only hang their hat on this, as it could mean that bearish momentum is nearing an end.

However, if it isn’t then it is inevitable that bears will target $2.13 and below, in order to take RUNE to a fresh eighteen-month low