Ethereum rallied on Saturday, as the world’s second-largest cryptocurrency moved closer to the $3,000 level. The global crypto market cap was over 4% higher as of writing, with bitcoin climbing by nearly 3.5%.

Bitcoin (BTC) climbed above $42,000 for the first time in ten days to start the weekend, as cryptocurrencies rallied, following a week of volatility.

Crypto prices were traded with high levels of uncertainty following the Fed rate hike, however, as markets seem to have finally moved past this news, bitcoin bulls once again reappeared. 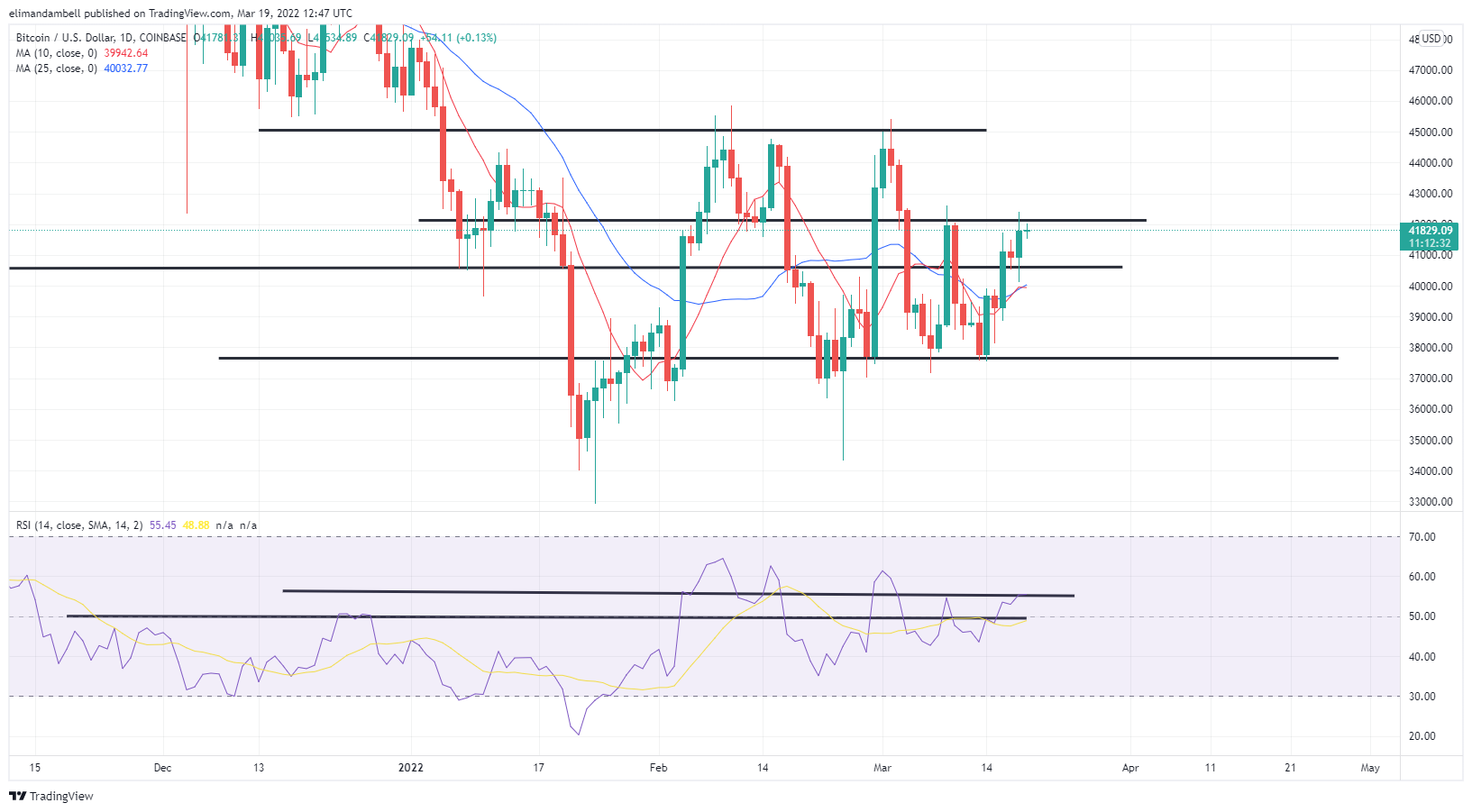 Today’s surge has seen the 10-day (red) and 25-day (blue), moving averages cross, however, the direction of the crossover remains in doubt, due to recent price uncertainty.

Looking at the chart, bitcoin now hovers below its long-term resistance level of $42,080, which is a point that has not been successfully broken since February 28.

In addition to this ceiling, the 14-day RSI also tracks at a resistance level of 55.4, if both hurdles are passed, many could be targeting a $45,000 point for BTC.

Ethereum (ETH) rose to its highest level in over two weeks on Saturday, as prices climbed for a sixth consecutive session.

Last week saw ethereum trade predominantly near its support of $2,550, however, since the turn of the week, markets had consistently moved away from this point. 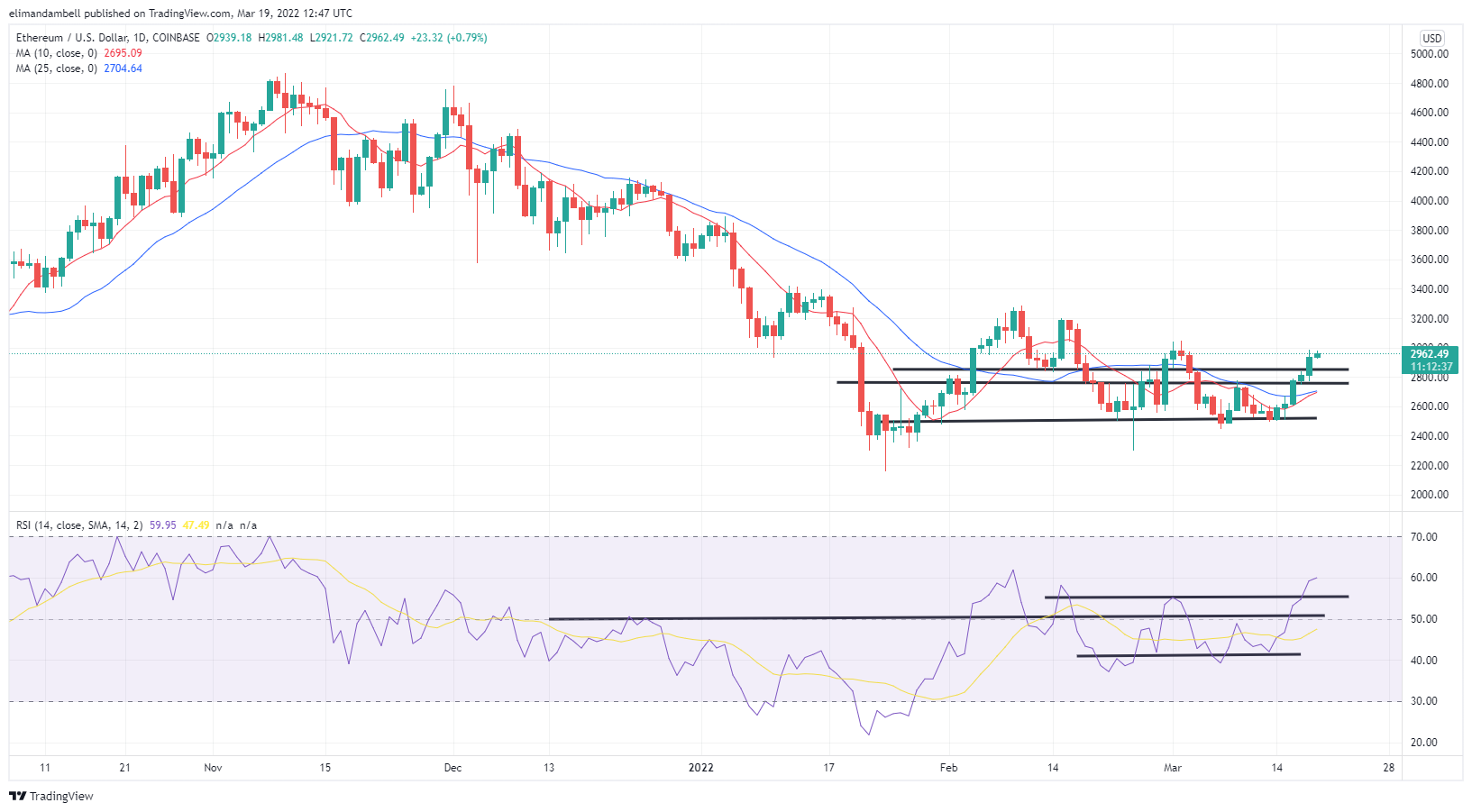 With the RSI indicator continuing to move past obstacles, and now tracking at a six-week high, the expectation is that we will see ETH at $3,000 before the end of today’s action.

This could however be a bull trap set by bears, as history has also shown several market reversals that occur at this point.