Home Articles ETH Rebounds, Climbing to Over $1,600 on Friday

Ethereum was back in the green on Friday, as bulls returned to action following yesterday’s selloff. Crypto markets set aside concerns over Tesla’s bitcoin sale, extending this week’s rally in the process. Bitcoin was also up in today’s session, as it headed back towards $24,000.

Today’s move sees bitcoin move back towards its long-term resistance level at $24,300, which is a point it hit earlier this week. 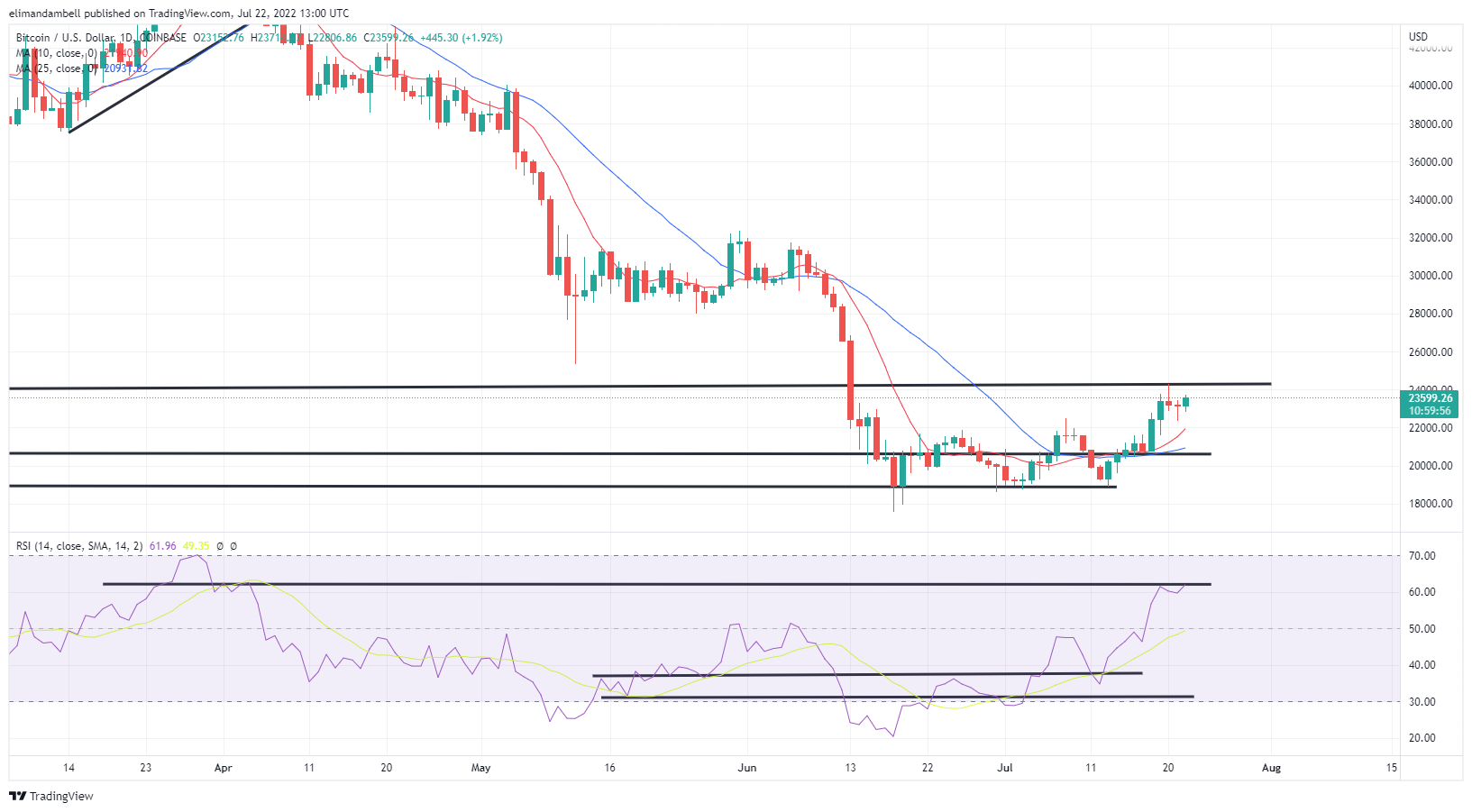 Following today’s surge, price strength has once again collided with a ceiling of its own, two days after failing to overcome this obstacle.

This resistance on the 14-day RSI (Relative Strength Index) sits at the 62 mark, and is the highest point relative strength has hit in three months.

Should bulls finally break out of this level, we will likely see bitcoin not only move into the $24,000 region, but make a move towards $25,000.

Ethereum (ETH) was also back in the green on Friday, as the ether price rose towards a resistance level of its own. 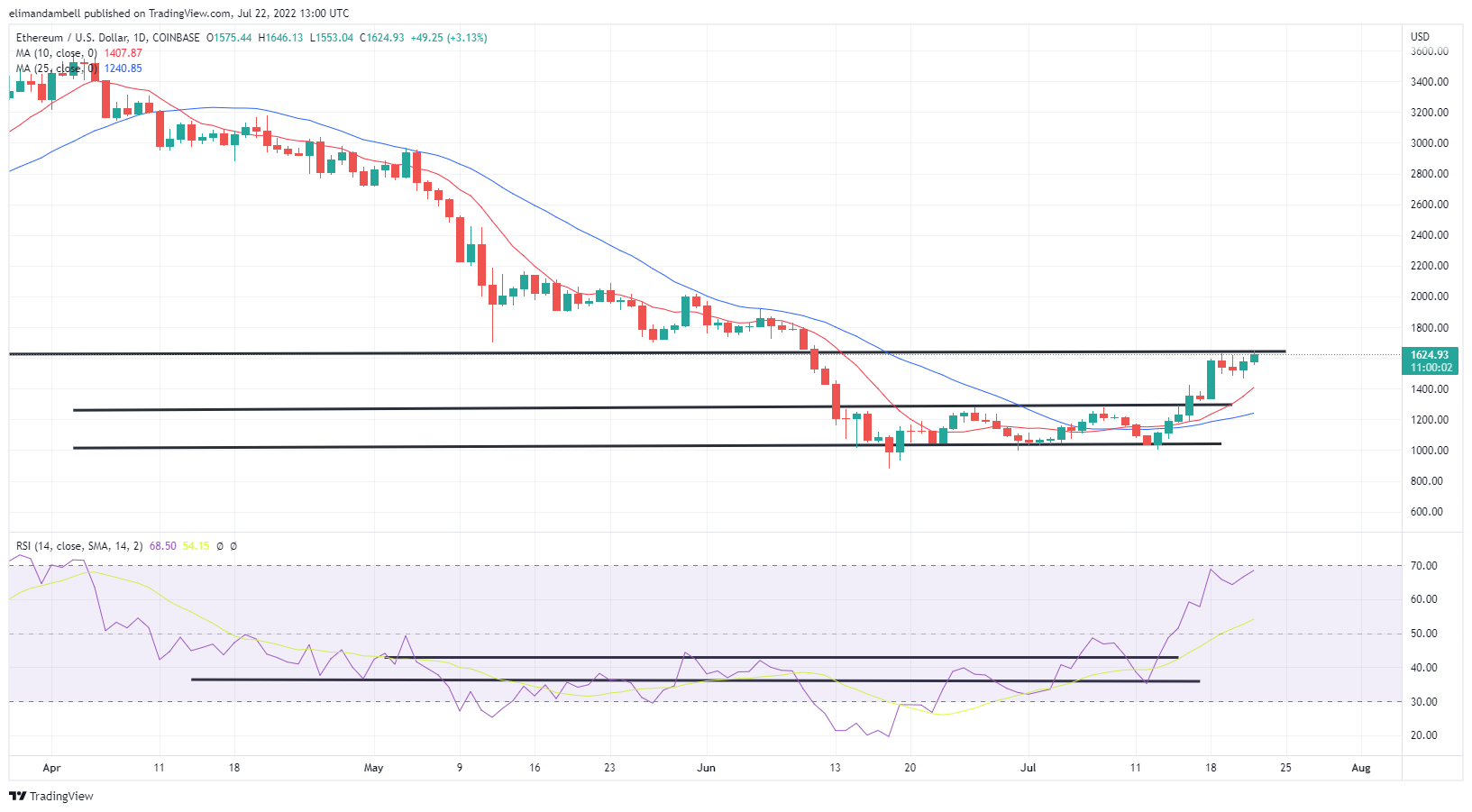 Looking at the chart, today’s peak is the highest point ethereum has traded since June 11, with the RSI also tracking at multi-month highs.

As of writing, the index now sits at 68.55, which is the highest reading since April 4, and should we see prices continue in an uptrend, the RSI will have to be above 70.