The price of Ethereum, the second-largest cryptocurrency, has surged above the $1,700 level on the Bitstamp exchange since June 10. 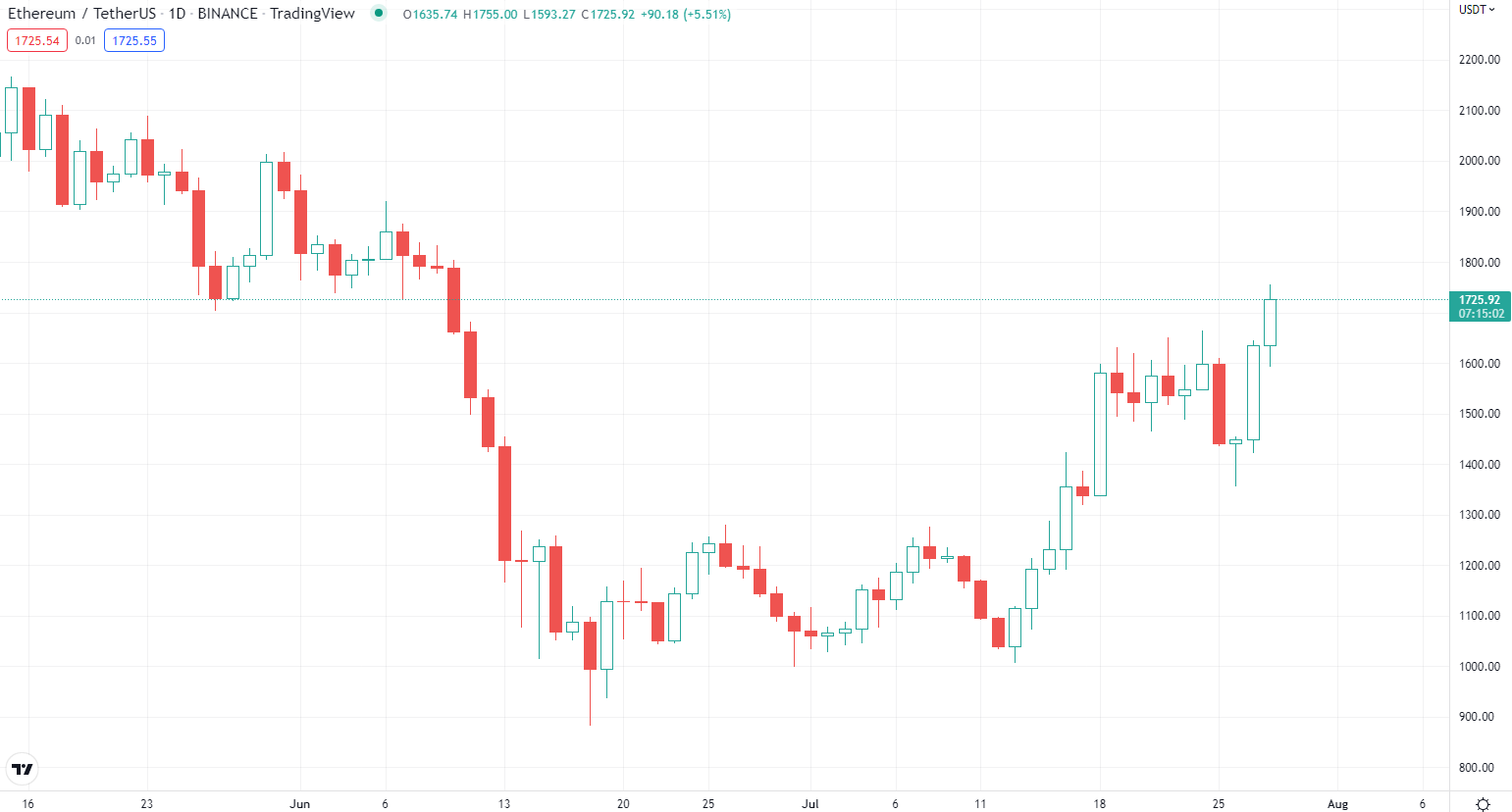 Notably, this was the biggest Fed-driven Nasdaq rally since former chairman Ben Bernanke slashed interest rates to nearly zero on Dec. 16, 2008, to jumpstart the economy in the wake of the global financial crisis (GFC).

The Nasdaq is up by yet another 2.67% this Thursday in spite of the recent GDP report showing that the U.S. economy has contracted for the second quarter in a row.

Ethereum is also experiencing strong bullish momentum because of the merge event, which is expected to take place in September.