Just 48 hours ago, Bitcoin fell below the $38k mark. Despite the high levels of volatility market players see, the general trend has been downward. Fantom’s price has fallen in lockstep with Bitcoin’s in the last several days as well. After a false start for bulls in the middle of February, the climb to $2.15 was just a bid for liquidity that ended up trapping long holdings.

By the middle of February, when the price did not rise over $2.1, it was still far from certain. The $2.17 and $2.27 levels remained potential prospects as levels where the bears may jump in, even though it made a higher bottom at $2. 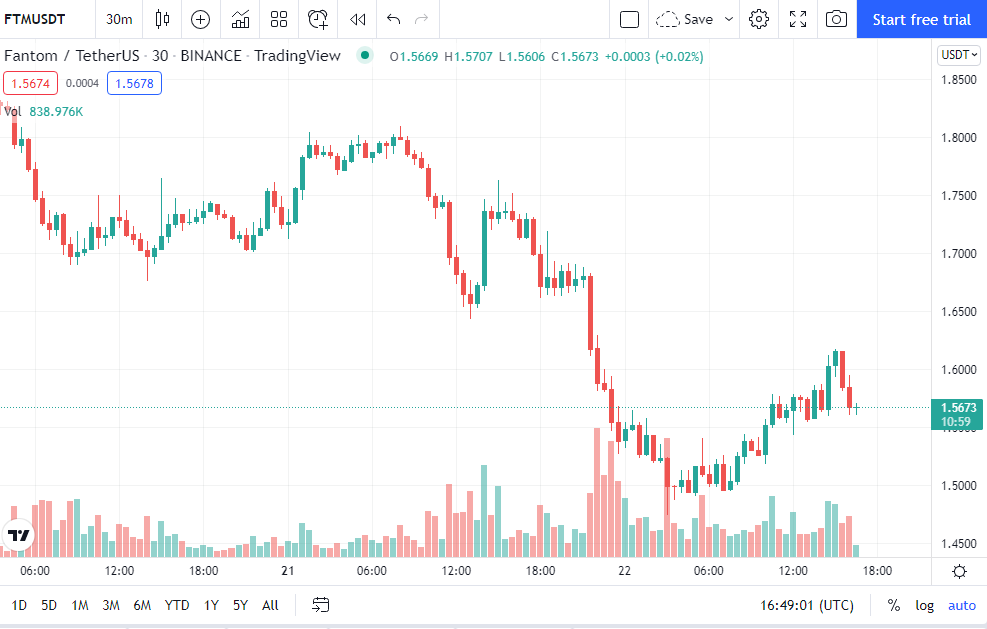 Since the beginning of the week, the indicators have shown a strong negative trend. Over the last several days, the RSI has been below 50, signaling a downturn. The RSI was oversold at 28.5 at the time of this writing. In addition, the Aroon indicator suggested that the market has been in a downturn for the previous week, with occasional upticks.

Recently, the bulls have failed to impress, and demand has yet to be demonstrated in the strength of the market. FTM may see demand in the $1.3-$1.35 range between levels of support of $1.45 and $1.36.