Home Articles Following a 13% Drop, Can the Bulls Bounce Back?

The crypto market has experienced a deep correction in the last two days. A downward movement from a high of $0.392 on August 17 caused Ripple to lose more than 13% of its market capitalization at the time of this writing.

After three weeks of swinging below horizontal resistance at $0.39 (in red), the bears finally aggressively pushed the price down. This formed a giant red daily candle over the last two months. The key is that the pair has already reached support that coincides with the previous bottom. Technically, a bullish trend often reverses when a lower high and lower low appear on the chart. If the bulls fail to defend this horizontal support at 0.33 (in green), then the formation of a bearish structure is triggered. In this scenario, the next support at $0.3 (in white) will likely be retested after more than a month.

On the opposite side, unless Ripple can flip $0.39, the start of a significant bullish trend is unlikely.

A third scenario is that traders who have taken short positions book their profits. This increases the price to around $0.36, which can be considered a pullback. If the pair can close above this level, the bulls will have another chance to test the descending line resistance (in yellow).

Currently, the bears have more control over the market, and it remains to be seen if they can defeat the bulls, who are defending $0.33. 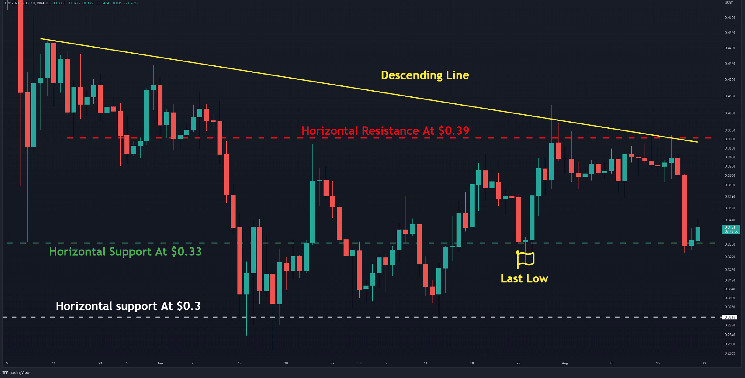 The XRP/BTC chart shows the price moving inside a descending triangle (in yellow). This pattern is often considered a bearish one. Notably, the bulls have so far powerfully defended the horizontal support at 1,500 SATs, combined with the 100-day moving average line (in white).

Suppose the buyers can break the triangle’s resistance line (above 1700 SATs). In this case, the bullish momentum will dominate the market. The target of such a move can be 2000 SATs. 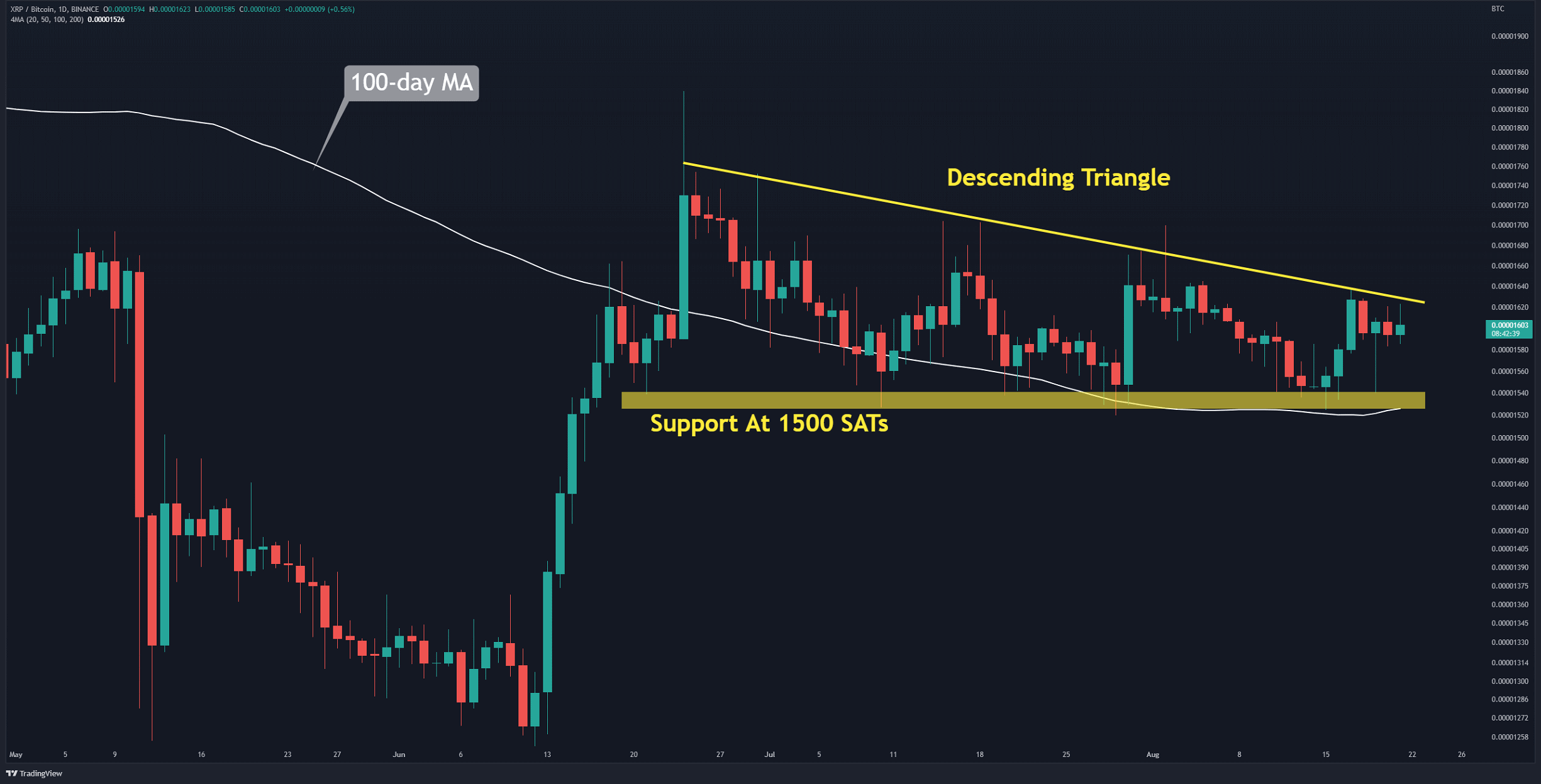