According to the latest Digital Asset Fund Flows Weekly report, late trade reporting added $120 million to the previous week to ETH’s weekly inflows of $8 million, making it the largest on record since June of 2021.

“Ethereum saw inflows totaling $8 million, while the corrected prior week data saw inflows totaling $120 million. These inflows mark the largest single week of inflows since June 2021 and imply a turning point in sentiment after a recent 11-week run of outflows. It also suggests that as The Merge progresses to completion, investor confidence is slowly recovering.” 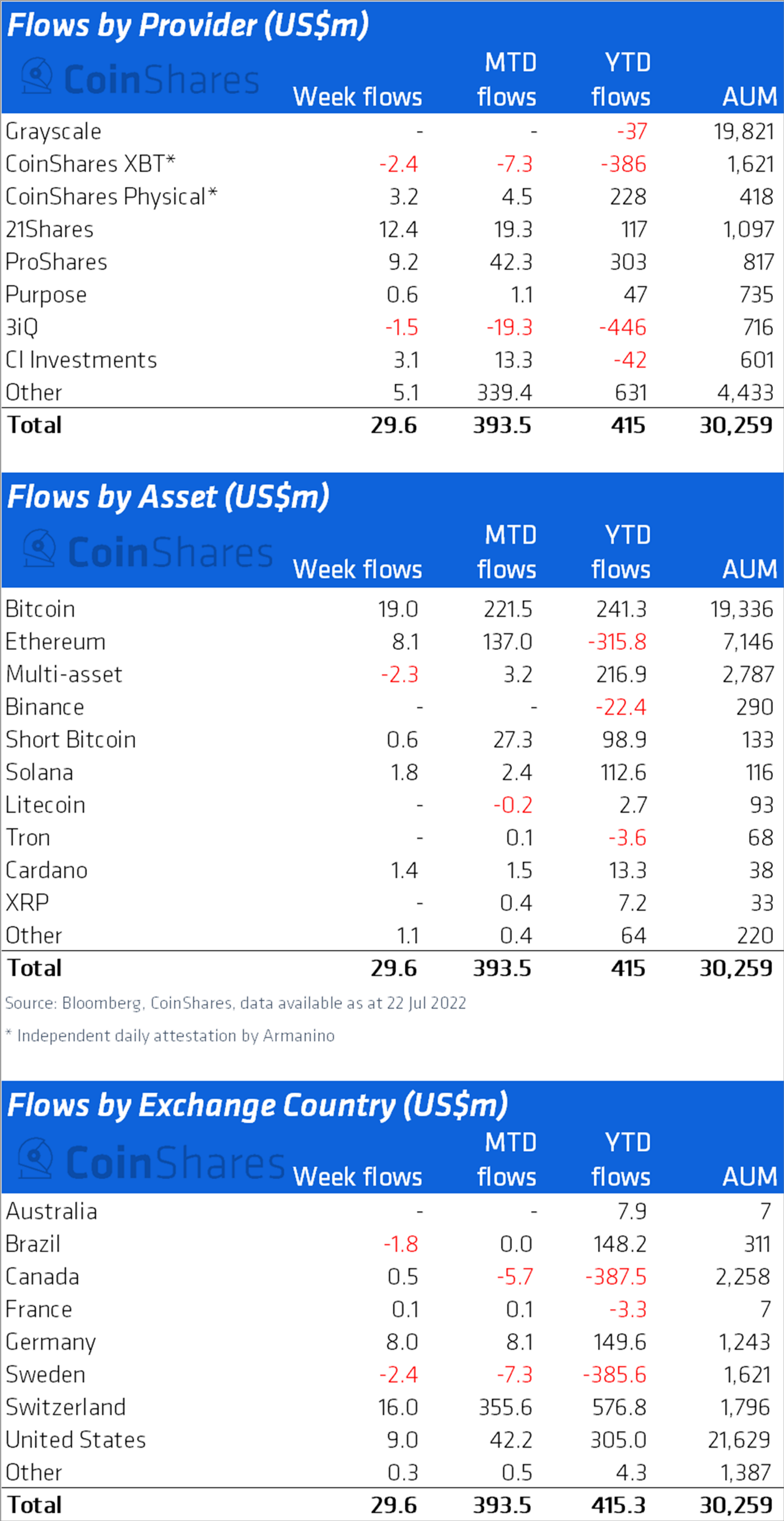 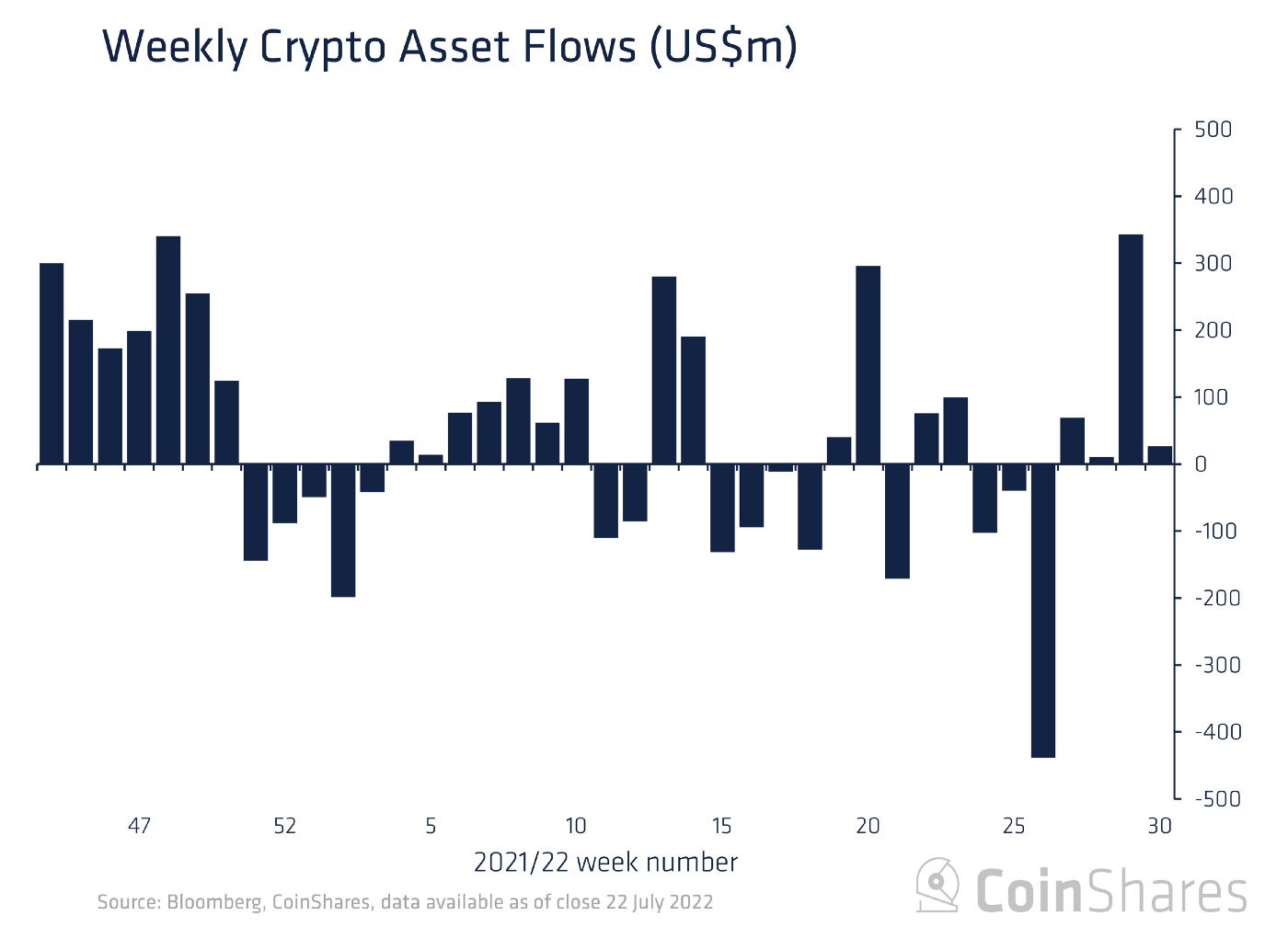 Coinbase posts $1.1B loss in Q2 on ‘fast and furious’ crypto downturn

Consolidation yet to yield results as $24k resistance strong