Crypto market maker Cumberland said institutional investors have been increasing long positions on ether during the cryptocurrency’s rally this week.

The Chicago-based firm tweeted that despite a slight pullback on Thursday morning the up-trend was intact and technicals aren't being driven by macro-related issues.

“This move has been crypto-fundamental: the Sepolia testnet successfully merged to proof-of-stake on July 6th, setting the stage for an early-autumn mainnet merge,” the firm tweeted.

The mainnet merge refers to the Ethereum blockchain’s move from a proof-of-work to proof-of-stake consensus mechanism. During a developers' call last week it was projected that the merge will take place in September. It's worth noting that similar projections have been subject to change in the past.

The firm said portfolio allocation was by no means oversubscribed at present, so it wouldn’t take significant flows to “move the needle.” It also noted that it was seeing increased flows through its OTC desk. It went on to say that buy and sell ratios had tilted long over the past week, with the buyers being institutional.

Cumberland's Twitter thread was attributed to its head of trading, Johan Van Bourg, who said this action reflects the incentive structure of every volatile asset. “It’s always easier to buy a bounce than to catch the falling knife.”

Ethereum co-founder Vitalik Buterin appeared at ETH CC in Paris on Thursday to speak about the merge, echoing the roadmap and previously mooted benefits of the upgrade.

Ether was trading at $1,551.84 at the time of writing, up about 0.3% over the past 24 hours, according to data via CoinGecko. Although the second largest cryptocurrency by market cap is still up 34.5% over the past seven days, compared with bitcoin's 11.4% gains. 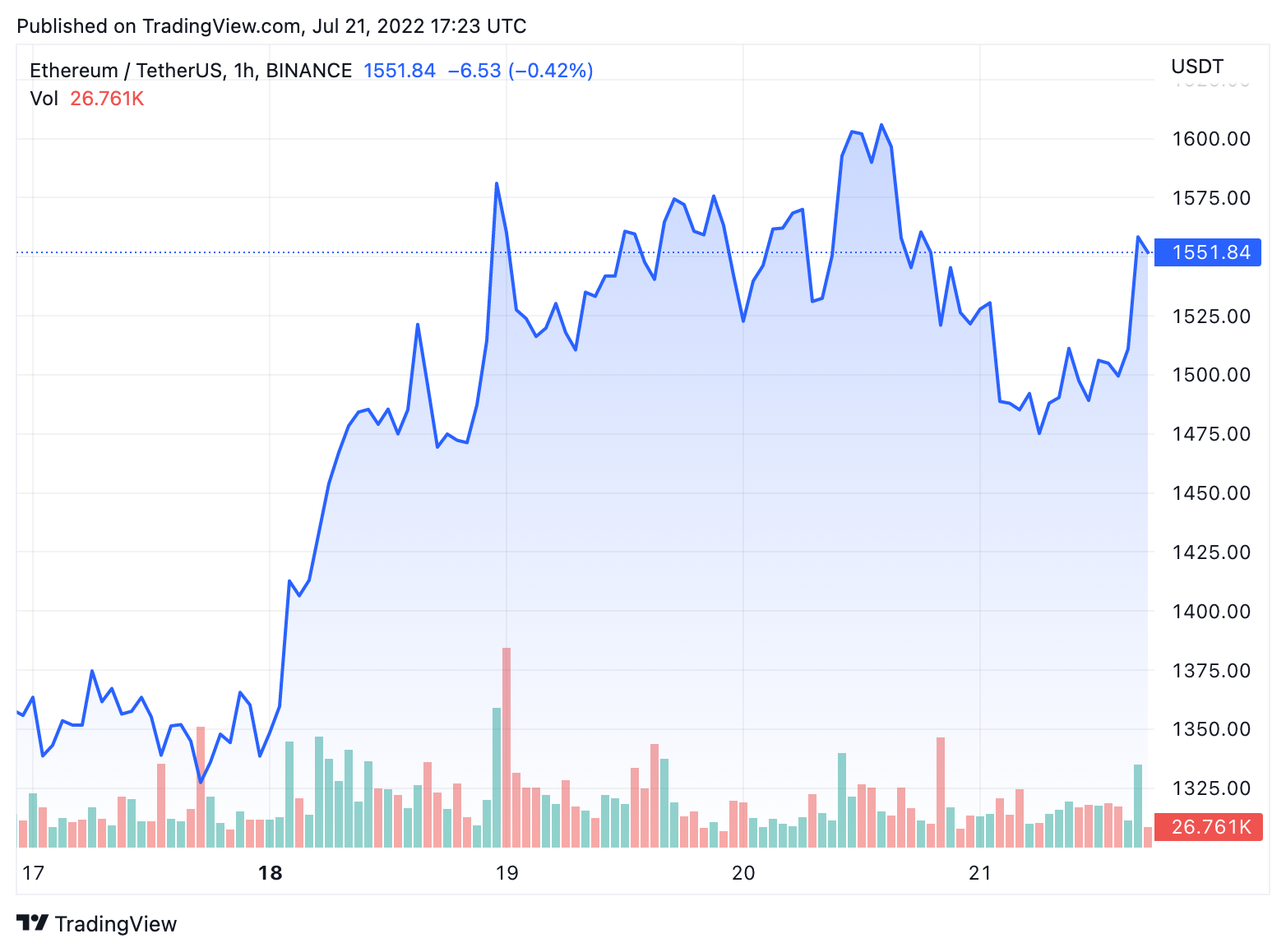