The prominent TV personality  – Kevin O’Leary – said he would not invest in cryptocurrencies before consulting with regulators first. To him, the space lacks clarity, and watchdogs are the ones to say “what is possible and what isn’t.”

The celebrity investor added he is keen on the following blockchain projects: Solana (SOL), Polygon (MATIC), and Hedera (HBAR), hinting they could “win long term.”

Kevin O’Leary – also known as Mr. Wonderful as one of the hosts of the TV show Shark Tank – has had a hot and cold relationship with cryptocurrencies over the past years. In 2019, he had a predominantly negative stance on the industry and called bitcoin “worthless.” He went even further by labeling it as “garbage because you can’t get in and out of it in large amounts.”

However, at the beginning of 2021, he started softening his viewpoint and said he is not against the primary cryptocurrency and respects it. Shortly after, he announced his entrance by allocating 3% of his portfolio to BTC.

During a recent interview for CNBC, O’Leary revealed he would invest in digital currencies once again only after discussing the matter with regulators. They can outline “what is possible and what isn’t” in the space and “that’s where the real capital is.” Otherwise, O’Leary would seem like a “crypto cowboy,” and people would look down on him:

“I have no interest in being a crypto cowboy and getting anybody unhappy with me because… I have so many assets in the real world that I’ve invested in already that I have to be compliant.”

The Canadian said he doesn’t see cryptocurrencies “in the same way that other people do.” To him, they are a “software development.” As such, he wanted to make sure which of the digital asset projects would “win long term” so he can invest in them, describing Solana (SOL), Polygon (MATIC), and Hedera (HBAR) as such examples:

“I need to invest in all of those, not just one of them because I don’t know who the winner’s going to be.” 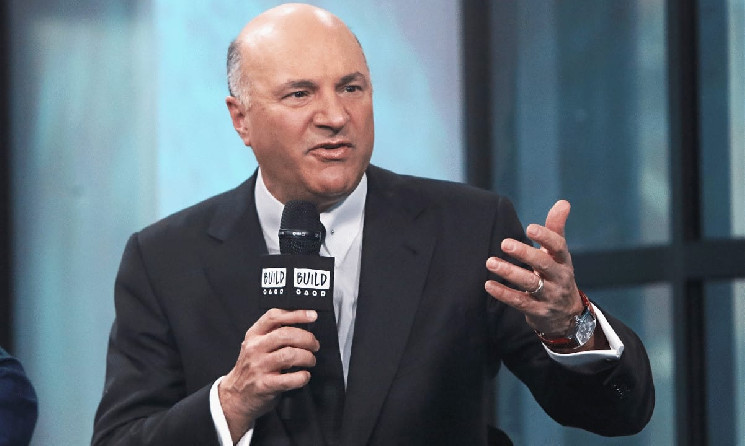 O’Leary also touched upon stablecoins and their merits. He revealed that the Russian digital ruble and the Chinese digital yuan are not attractive financial tools to him since he doesn’t know enough about the blockchain developments in those countries or how they monitor money ownership.

Instead, he backed up USDC – Circle’s stablecoin pegged to the US dollar. The businessman acknowledged that this might sound “counterintuitive” since the current rise of inflation decreases the buying power of the greenback. Nonetheless, according to him, buying USDC could make a potential 6% return.

Sitting on a “large amount of cash” that loses its power because of the financial crisis, O’Leary hinted he would invest up to 5% of that amount in USDC.