The cute Shiba Inu puppy bit the bloodthirsty Kraken and infected it with bullishness.

Kraken, the eighth largest cryptocurrency exchange in the world according to Coingecko, announced today that it would start supporting the trading of Shiba Inu (SHIB), a Dogecoin-inspired cryptocurrency that has gained a lot of popularity after the boom of the meme tokens during the COVID-19 lockdown.

The exchange doesn’t want to wait another second for its users to start messing around with the token, and its Twitter announcement makes that clear, in all caps, exclamation points and all:

Kraken knows how to read its userbase. The decision to include Shiba Inu has probably been the Platform’s most popular listing. The announcement got 41.2K likes in a single day and just over 16.4K Retweets.

This makes it the second most popular tweet of the crypto exchange, only beaten by a challenge in which the Community Management team pledged to list Shiba Inu if their tweet got over, erm, 2,000 likes.

Following the tweet’s success, the exchange kept its word – at least in part. The team assured that they would take the interaction into account, although they warned that listing processes are lengthy.

They didn’t list it right away, but today’s announcement shows that they didn’t fail the community either. According to an official blog post, Kraken and Kraken Terminal will be available for Shiba Inu, but futures and Margin Trading will not.

It will be traded only against USD and EUR.

$SHIB Rebounds, But Is That Enough?

The price of Shiba Inu reacted strongly, also driven by a Bitcoin rally.

Currently, Shiba Inu is trying to consolidate a trend reversal and aim for possible recovery. And, today’s candlestick —currently on formation— seems to point to a little bullish sentiment among traders. 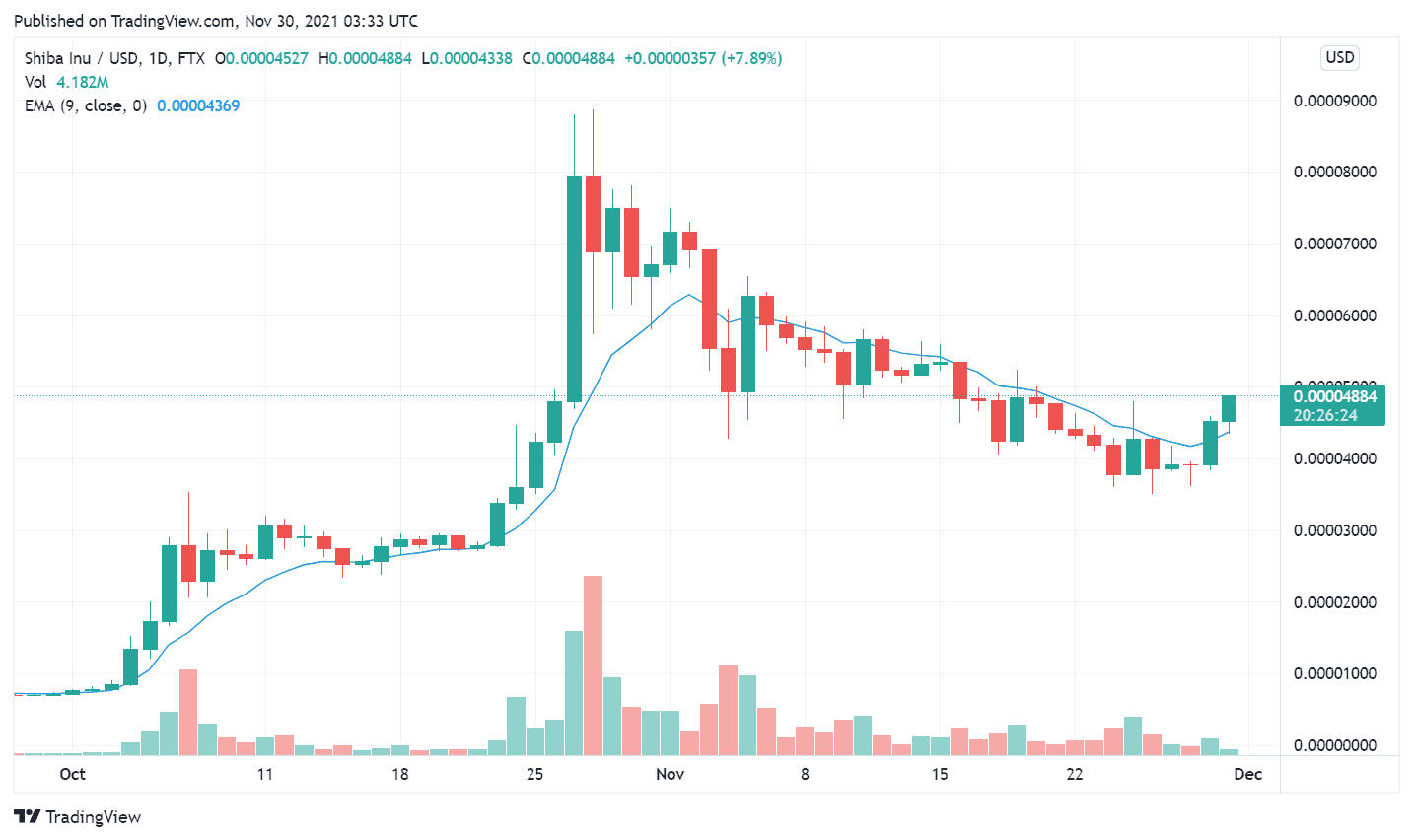 By the time of writing this article, Shiba Inu has a price of $0.00004894, which is already 8% up since the opening of the daily candlestick.

However, the real activity begins in a few hours as Kraken gets more liquidity in the token. Resistance is also getting flatter and flatter, indicating a slowdown in the token’s decline, which is usually a good sign for holders.