The price of Solana’s native token SOL is not likely to move much higher this year, but still has a bright future when looking further ahead, a crypto industry panel surveyed by comparison website Finder.com has predicted.

According to an average of the panelists’ responses, SOL’s price will reach USD 45 by the end of this year, a price level seen as recently as Wednesday this week.

Among the more bearish panelists this time around was Kevin He, chief operating officer of fintech firm CloudTech Group, who opined that Solana is “not stable enough.”

“[I]t's not the first time we've seen Solana's network crash this year. More new projects and dapps will also be attracted by Ethereum's user base and abandon Solana after Ethereum completes its upgrade,” he said.

“Solana […] implemented several promising protocol updates which appear to have reduced outages in the short term. It remains to be seen if the stability will persist. Solana has captured significant portions of the [non-fungible token] NFT market from Ethereum and remains a decent competitor in the [Layer 1] race.”

Others, such as Panxora Hedge Fund’s general partner Gavin Smith, pointed to Solana’s potential as a beneficiary if Ethereum fails to deliver on some of its scalability promises.

“SOL is one of the leading contenders in the smart contract blockchain space. They are likely to be one of the chief beneficiaries if the Ethereum upgrades fail to deliver lower transaction fees,” he said. 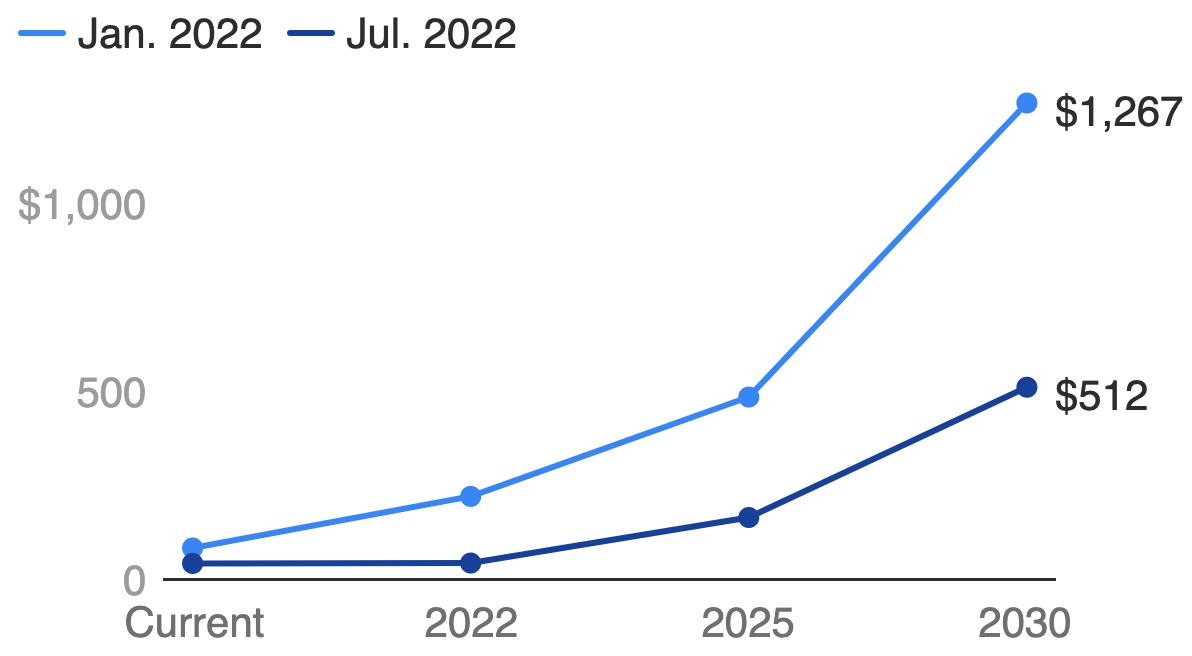 The bearish downgrades for the predictions follow a familiar pattern with lower price predictions for many of the cryptoassets Finder.com has observed. Earlier in July, the website released a survey that predicted bitcoin (BTC) would end the year at USD 25,500, far lower than the USD 65,185 it had predicted as the year-end price as recently as April.

Finder.com’s panel is made up of various crypto industry players, including analysts, founders, CEOs, and academics in the field.