Crypto markets appeared to have temporarily shaken off recent volatility, with AMP once again leading the day’s bulls. Terra’s LUNA also surged, climbing by as much as 20% during Friday’s trading session.

AMP is currently trading over 24% higher in today’s session, climbing to its highest level since last Saturday.

Friday’s rally in AMP came following a false breakout yesterday, at its floor of $0.0239, with prices now trading slightly above resistance. 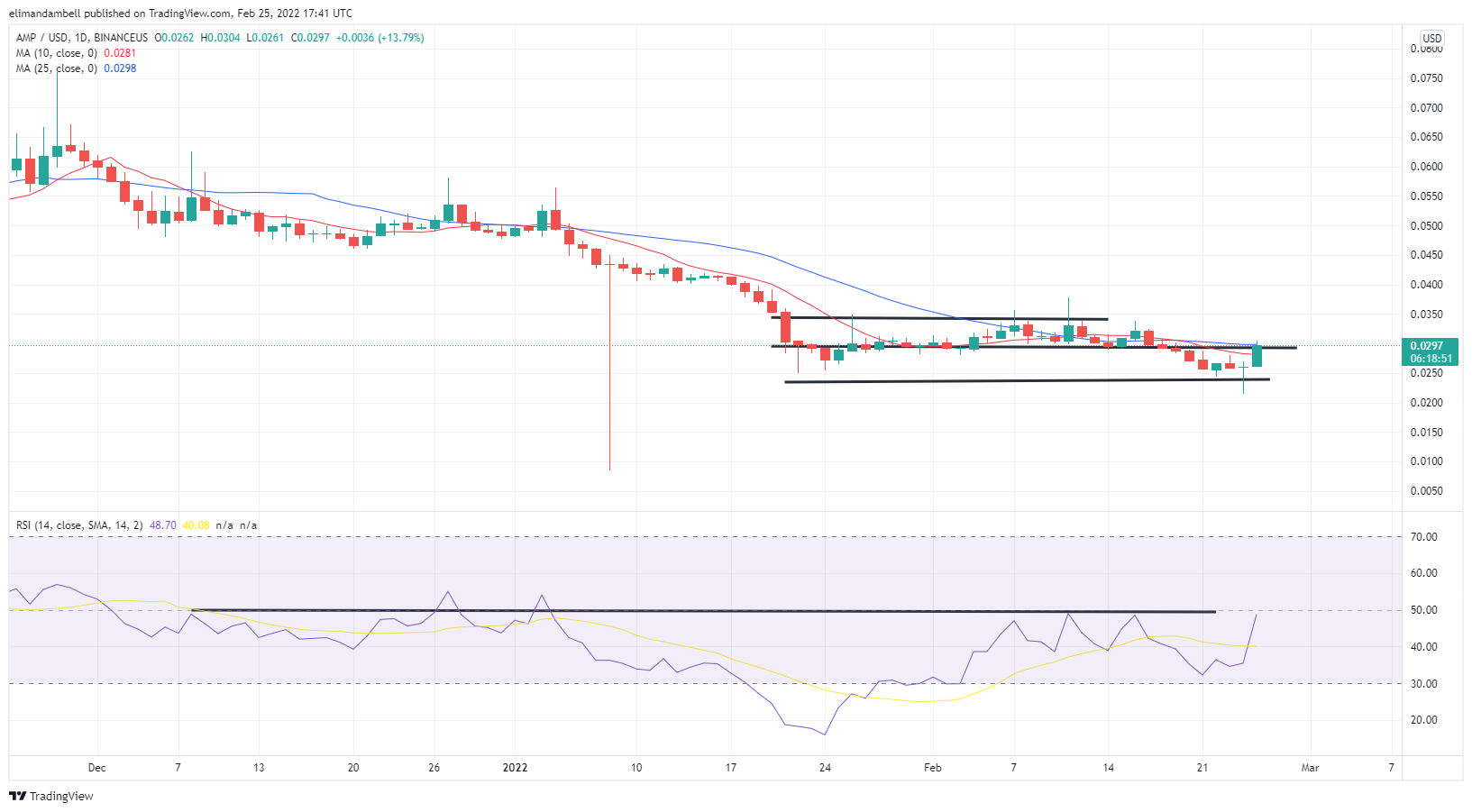 It was less than 24-hours ago that AMP was trading at a low $0.02337, however bullish pressure seems to have shaken off-market uncertainty.

As a result of this surge, the 14-day RSI rose to a 10-day high of 47.8, a level which has served as resistance in recent sessions.

Should we see momentum continue upward, this ceiling could well be broken, and AMP could soon be trading at multi-week highs.

The second-biggest gainer today was LUNA, which has risen by nearly 40% in the last seven days of trading.

As of writing, LUNA/USD rose to a high of $68.80 on Friday, following four consecutive days of strong gains.

LUNA was trading at a low of $56.62 yesterday, which then followed a breakout of its $61.30 resistance, which was the main catalyst for today’s gain. 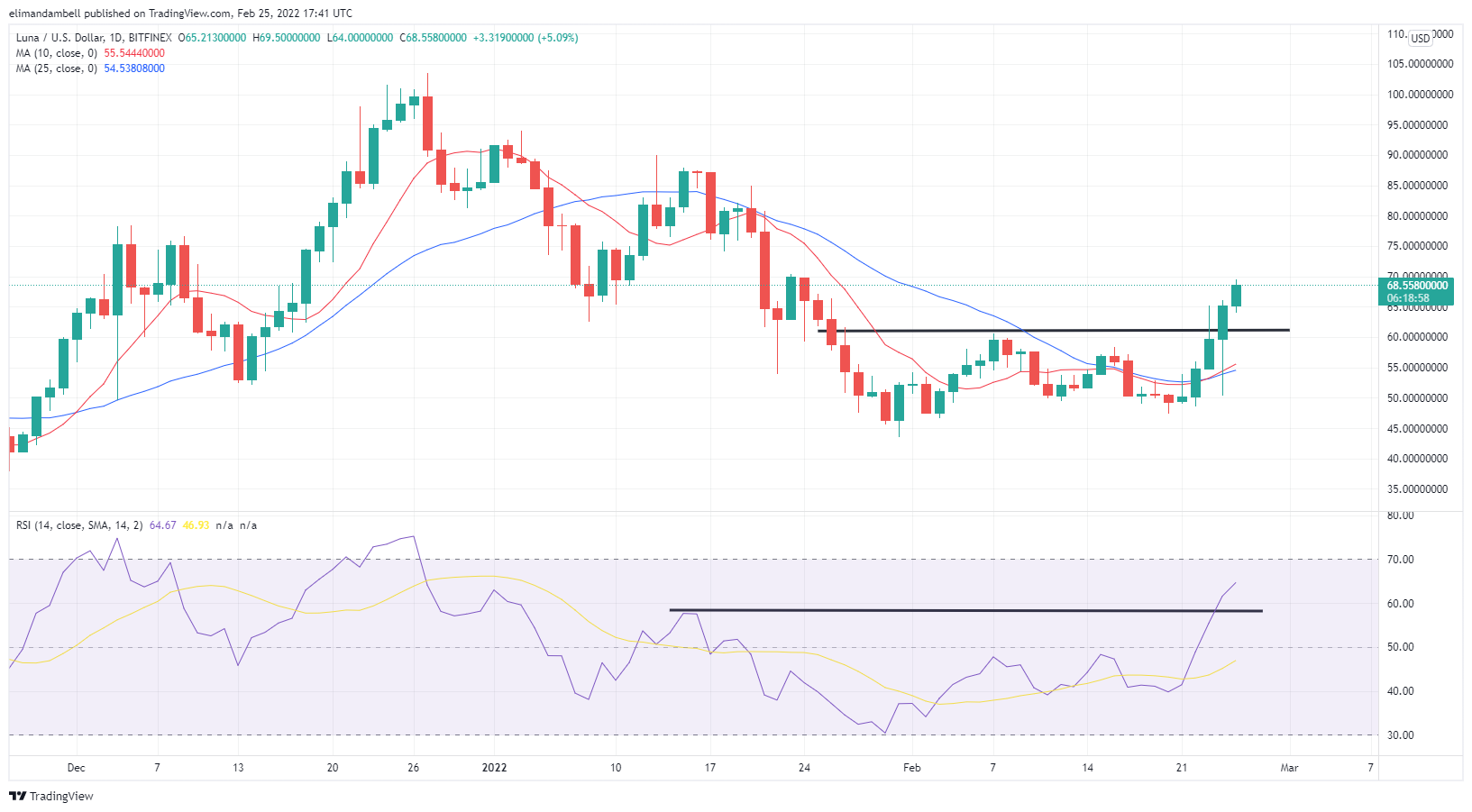 Longer-term bulls decided to re-enter once this breakout occurred, and pushed prices to their highest level in the last four weeks.

The 14-day RSI is also currently tracking at its highest point in six weeks, following a break from the 58 resistance level.

Many bulls are likely going to be targeting $70.00 as a potential exit point.