We look at on-chain indicators for Bitcoin (BTC), more specifically the Net Realized Profit/Loss (NUPL) indicator. This is done in order to determine if BTC has initiated a bullish reversal or if the bottom has yet to be reached.

NUPL is an on-chain indicator that shows if the market is in a state of aggregate profit or loss. In order to create it, unrealized losses are subtracted from unrealized profits.

A reading of -0.16 means that unrealized losses are higher than unrealized profits by 16% of the market cap. 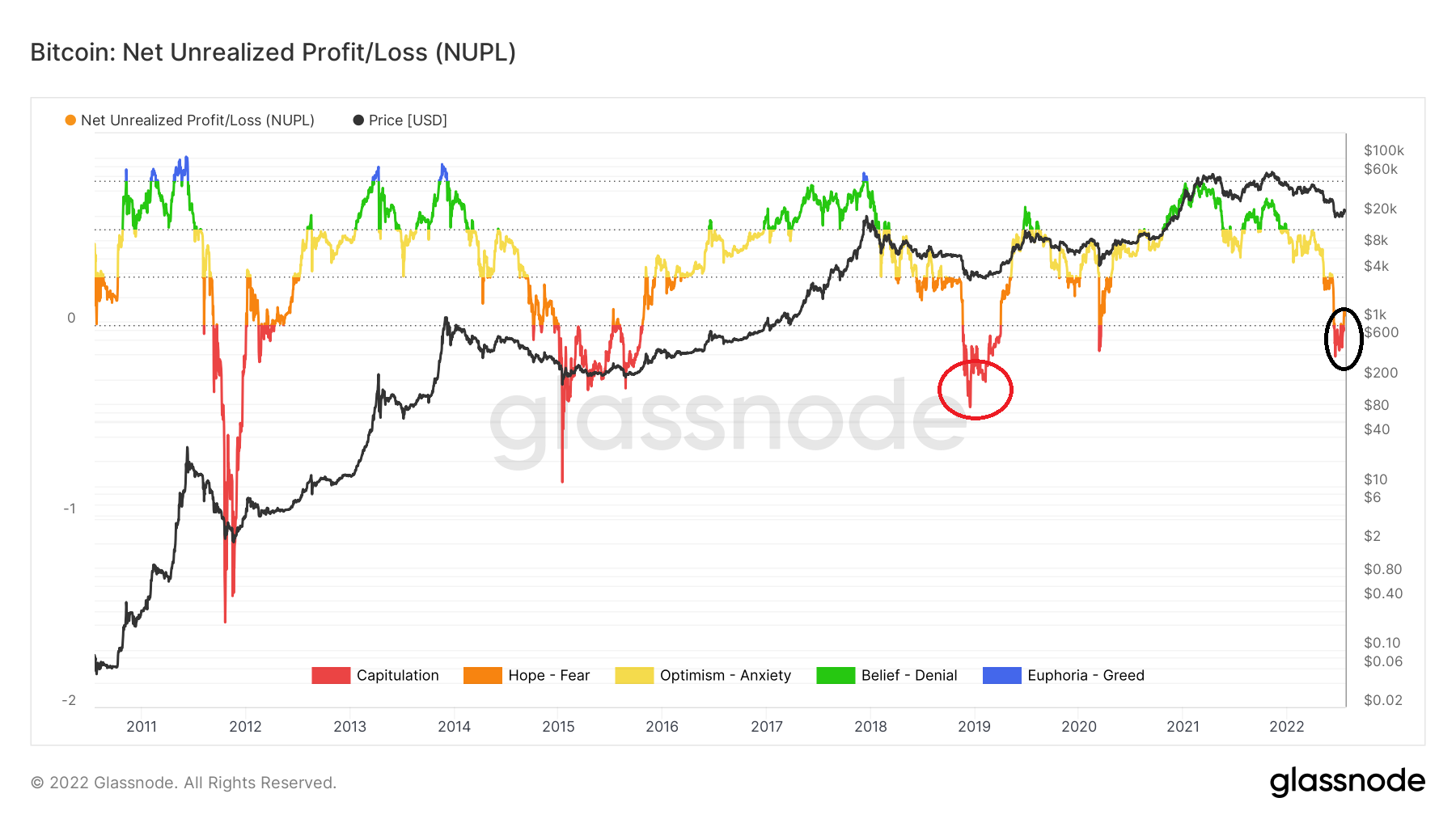 The two previous absolute market cycle bottoms were reached at -0.56 and -0.36, respectively. So, the current low is considerably higher than both of them, and is more similar to the March 2020 low.

Another way to look at the indicator is to analyze what occurred after NUPL moved back into positive territory after previously being negative. This would be a sign that the market is back on track after a capitulation event.

Therefore, by looking at it this way, it is possible that BTC has already bottomed. 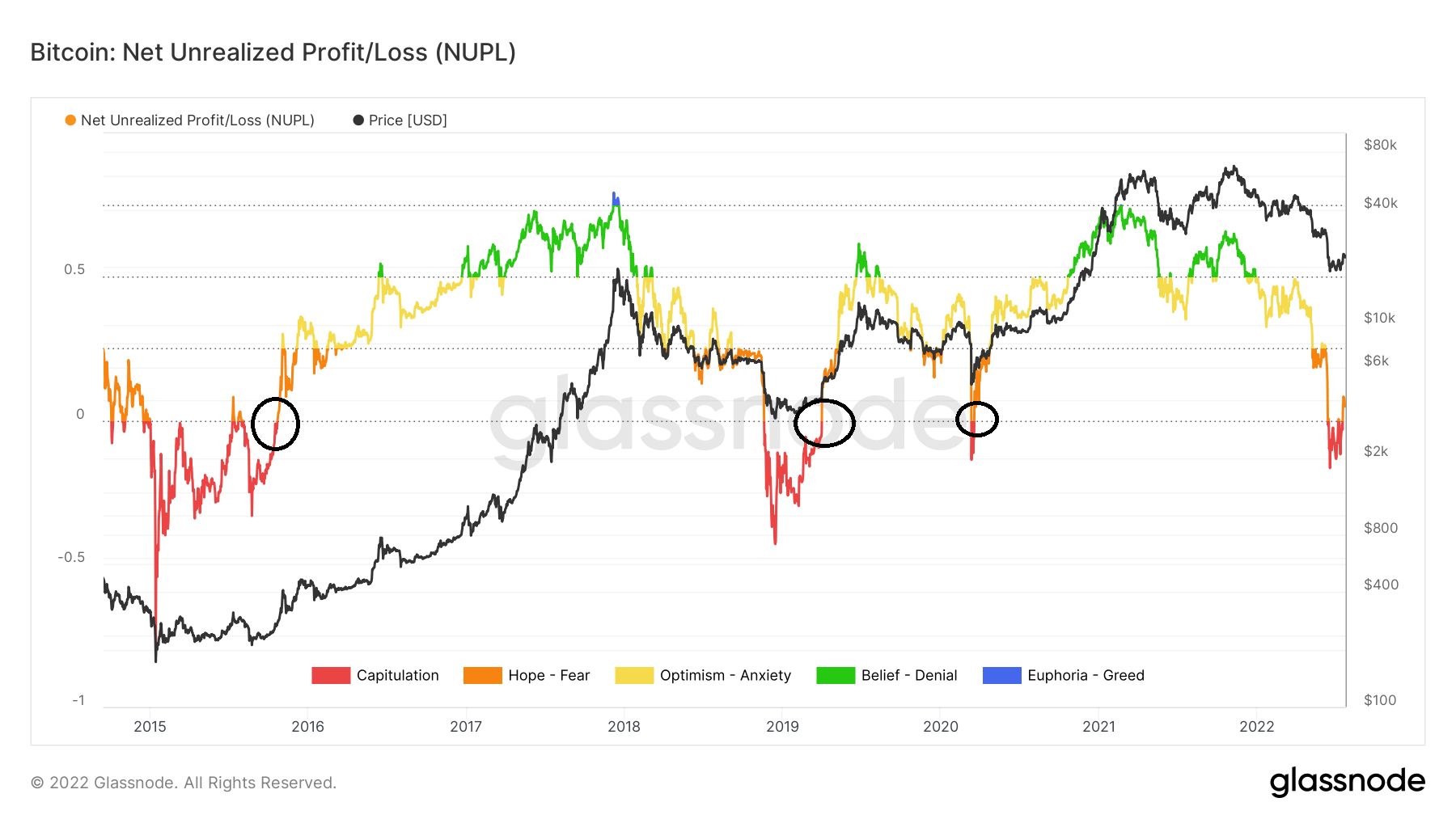