Home Articles One Indicator Is Likely To Determine Whether Bitcoin Stays in a Bear Market, Says Crypto Analyst Benjamin Cowen

Popular crypto analyst Benjamin Cowen thinks one indicator is likely to determine whether Bitcoin (BTC) stays in a bear market.

In a new strategy session, Cowen tells his 764,000 YouTube subscribers that Bitcoin has historically been inversely correlated with the US Dollar Index (DXY).

The DXY measures the value of the dollar against a basket of six foreign currencies.

“Now a lot of times, when you see the dollar going up, it’s sort of like a wrecking ball: it makes most other things go down. Generally, you could view it as people fleeing into the relative safety of the US dollar.”

Cowen says the Dollar Index has been in a general macro uptrend since 2008. He notes Bitcoin bear markets have tended to correlate with the Dollar Index’s sharp moves to the upside and vice versa.

“The general relationship, as we’ve discussed, is that as long as the dollar is going up, we would expect Bitcoin to more or less stay either in a bear market or the very early stages of its accumulation phase.” 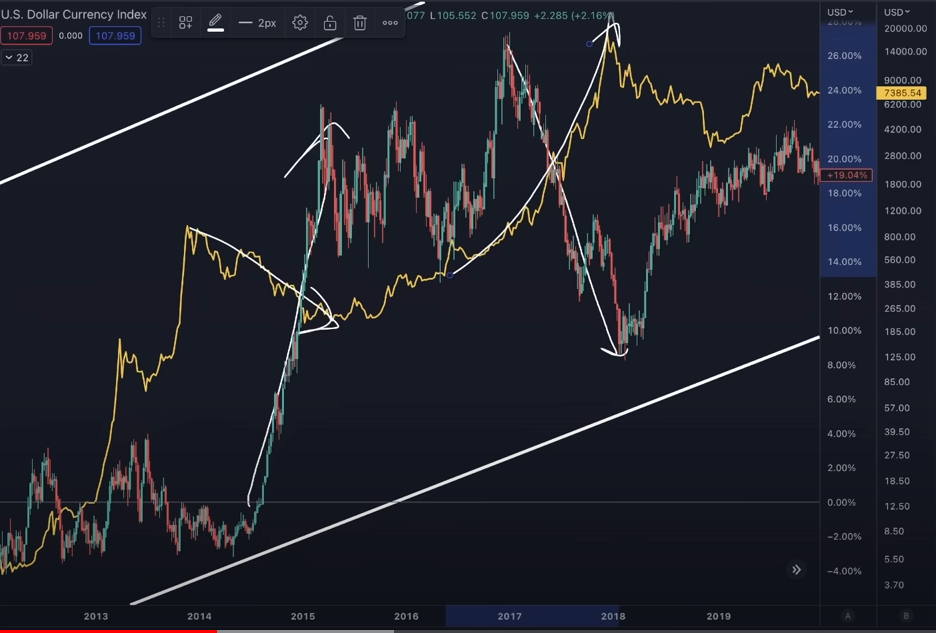 Bitcoin is trading at $21,114.98 at time of writing. The top-ranked crypto asset by market cap is down more than 16% in the past five days. Meanwhile, the DXY is up around 2.3% this week.