Even though Polkadot’s price fell beyond support levels on the price charts, the development activities increased rapidly in April and May. Both BTC and DOT have significant resistance levels to the north, and Bitcoin was also uncertain near the $30k mark. 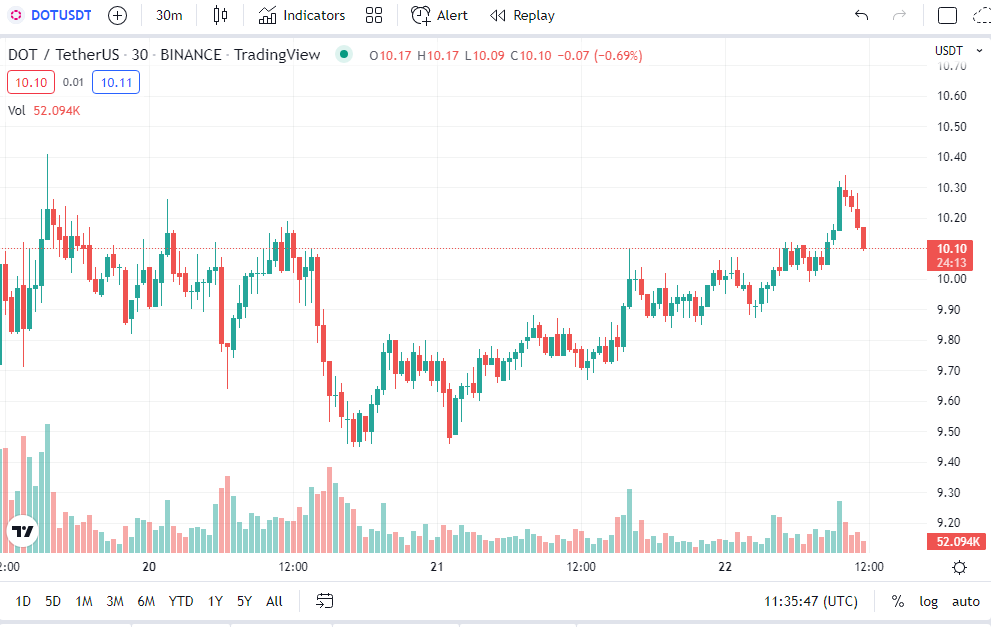 Between the $23.18 resistance level and the $14.24 support level, DOT looked to move in a narrow trading range in February and March. Although DOT sank even lower on the charts in May’s bout of severe selling, it reached the $7.44 support level. This was previously tested in January 2021 with this degree of support.

As of this writing, the bulls were battling it out around the $10 level, with $10.5 also being a major horizontal level to keep an eye out for. There has been a substantial amount of trade traffic in recent weeks as the price has fallen sharply but has rebounded lately.

The RSI has been below 50 for a substantial length of time in the last two months to indicate a bearish trend in progress. The Awesome Oscillator was also below the zero line, indicating a negative bias in the stock market.

Despite this, the RSI was able to rise over 40, and the AO also showed signs of diminishing negative momentum in the last few days. Although DOT is expected to increase organically as the Polkadot ecosystem expands, it is closely connected with Bitcoin. After last week’s market fall, when it hit a low of $7.30, it was hard-pressed to sustain a robust recovery. However, at the time of this writing, it was trading at $10.15.