Whale Alert crypto tracking bot has detected that in the past eighteen hours, Ripple DLT heavyweight, several anonymous wallets and large cryptocurrency exchanges have together moved more than 156.3 million XRP.

Whale Alert has published six tweets, showing that a $127,679,559 in XRP has been shifted by Ripple Labs and several anonymous wallets that have proved to be set up by popular crypto trading venues, according to the data shared by Bithomp, an XRP-focused data platform.

In particular, Ripple giant has sent 20,000,000 XRP to the Coins.ph exchange headquartered in the Philippines and operating as one of Ripple’s On-Demand Liquidity (ODL) corridors.

Among the other platforms that have taken part in wiring the aforementioned amount of XRP are Bittrex, FTX, BitGo, etc. 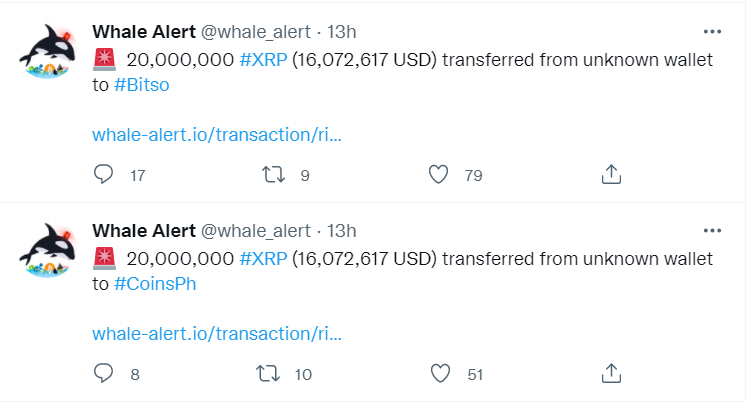