Ripple’s XRP token appears to be enjoying the weekend as it has gained over 0.17 points in market value. Although the technicals point to a correction soon, it could be short-lived as the network activity favors the bulls.

XRP Primed to Retrace Before the Uptrend Resumes

XRP has enjoyed a rally in the last two days. The sixth-largest cryptocurrency by market cap has surged by nearly 16%, recently reaching a high of $1.23.

The sudden bullish impulse could have been anticipated as XRP approached the lower trendline of an ascending parallel channel, where its price has been contained since Sep. 25 on the four-hour chart.

Every time the asset has risen to this technical formation’s upper boundary since then, it has been rejected and retraced to the pattern’s lower edge. From this point, it tends to rebound, which is consistent with the characteristics of a parallel channel.

Now that XRP has reached the channel’s upper trendline, it is reasonable to assume that a correction is underway toward its middle or lower trendline. These crucial areas of support sit at $1.17 and $1.14 respectively. 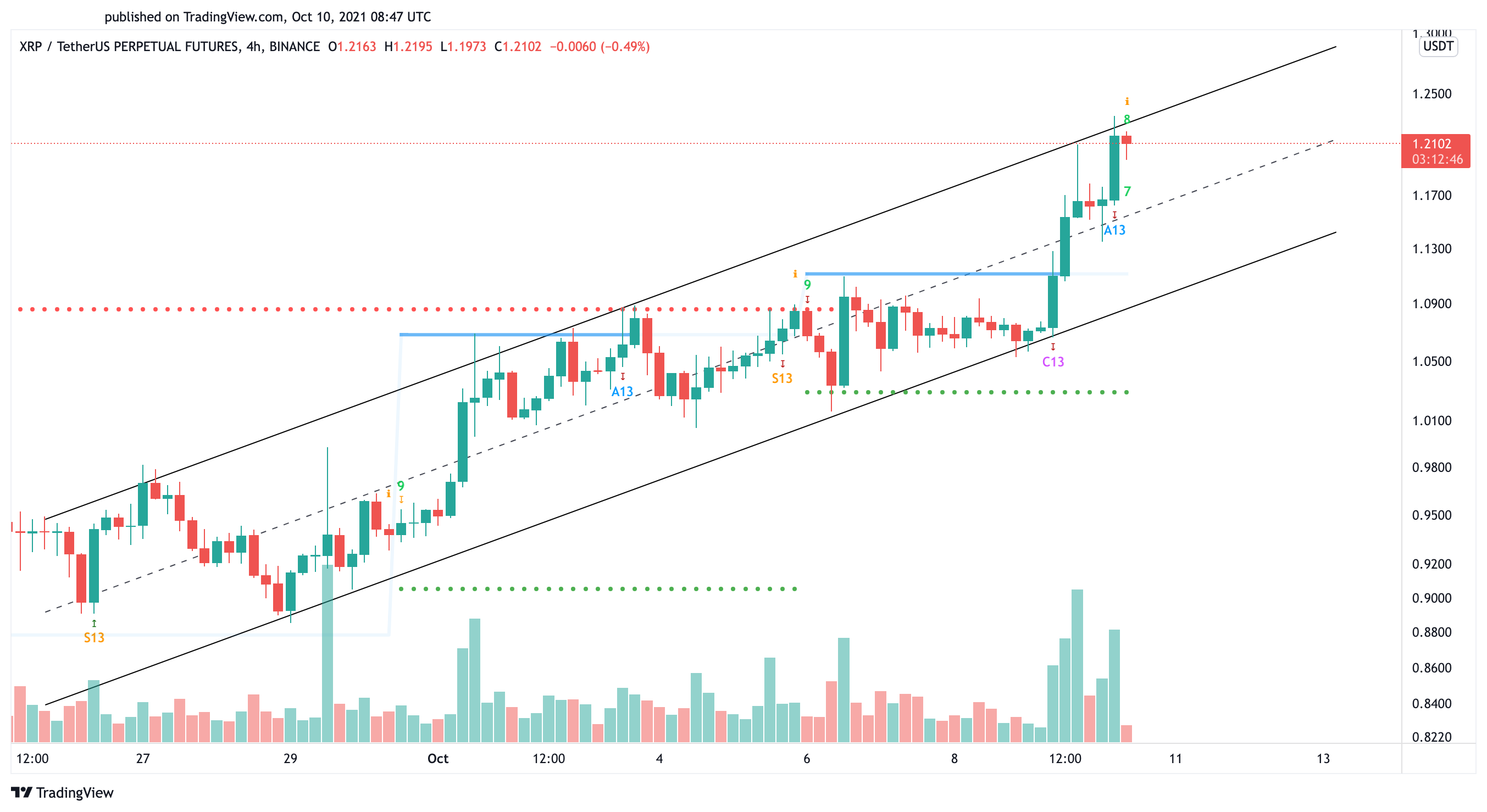 The Tom DeMark (TD) Sequential indicator adds credence to the short-term pessimistic outlook. It is currently on a green eight candlestick, anticipating the development of a sell signal in the form of a green nine candlestick. The bearish formation is indicative of a one to four candlesticks correction before the continuation of the uptrend.

Although the technicals point to a brief correction before continuing the uptrend, the activity on the network favors the bulls.

Market participants seem to be re-entering the market, as reflected in the recent spike in network growth. This on-chain metric considers the number of new addresses being created on the network each day to determine whether a project is gaining or losing traction.

The steady rise in network growth even after the 39.5% correction XRP suffered in early September suggests increased user adoption over time. Usually, when this metric expands for a prolonged period, rising prices tend to follow.

Given that network growth is often regarded as one of the most accurate forecasters of price, further uptrend continuation cannot be taken out of the question.

A decisive four-hour candlestick close above the channel’s upper trendline at $1.24 could invalidate the short-term bearish outlook. Under such unique circumstances, XRP could jump toward $1.30 or even $1.42.