Shiba inu was trading over 10% higher during Thursday’s session, as the token rallied to a one-week high. Following a week’s worth of consolidation, the meme coin bounced from a key support level, moving closer to a resistance point of $0.00001500. Ethereum classic was also in the green, climbing for a fifth consecutive session.

Shiba inu (SHIB) surged by as much as 10% on Thursday, pushing the meme coin to its highest point in over a week. 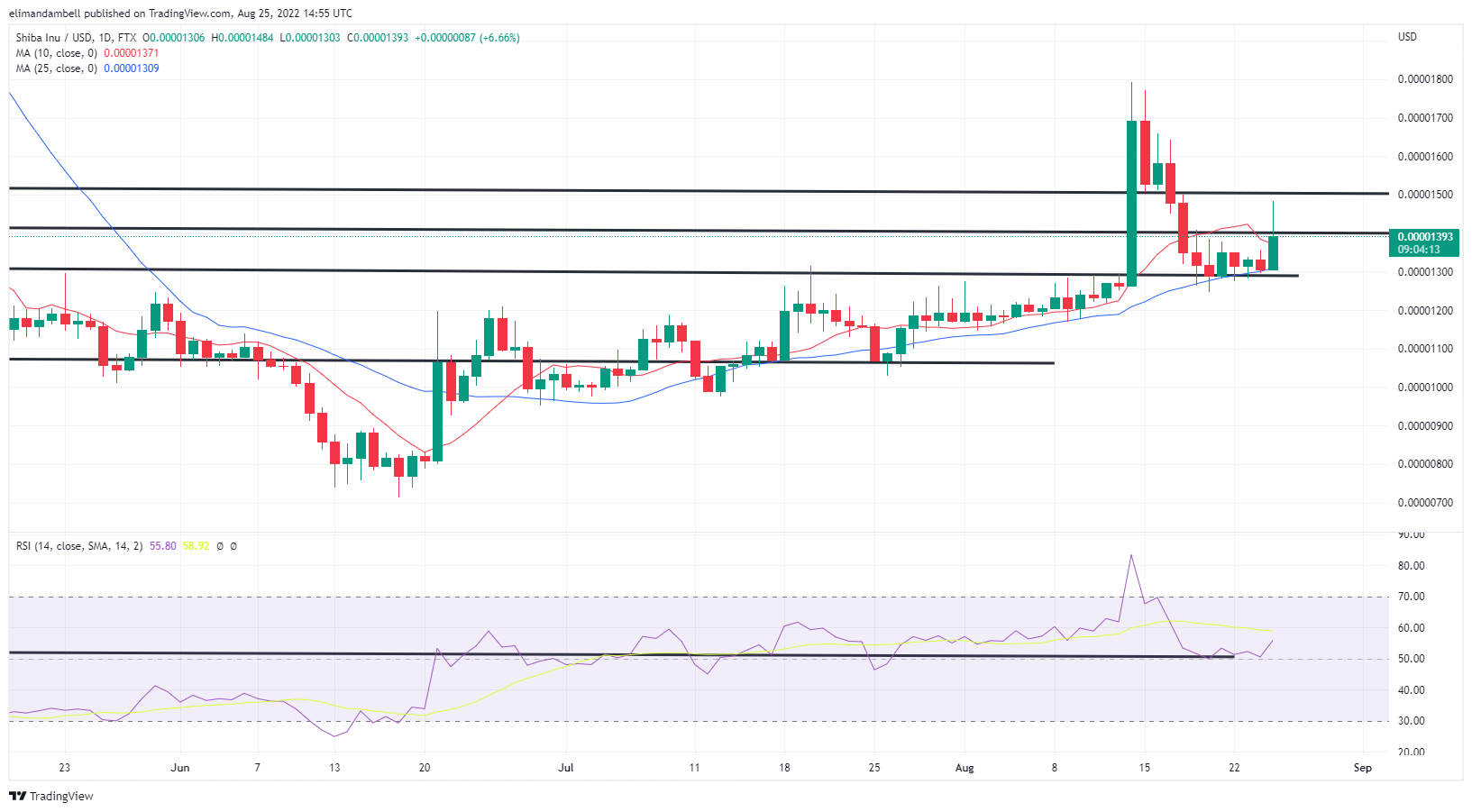 Looking at the chart, it appeared that bulls were targeting a higher ceiling at $0.00001510, however there was significant pushback from bears.

Although the token is still trading above the $0.00001400 resistance level, should bearish momentum persist, we will likely see a retreat below this point.

Ethereum classic (ETC) was also higher in today’s session, as it moved back towards the $40.00 region.

ETC was also likely higher on Thursday as a result of today’s news surrounding the The Merge event, leading the token to extend recent gains.

Similar to SHIB, today’s move sees ETC/USD surge by 10%, hitting an intraday high of $37.46 in the process. 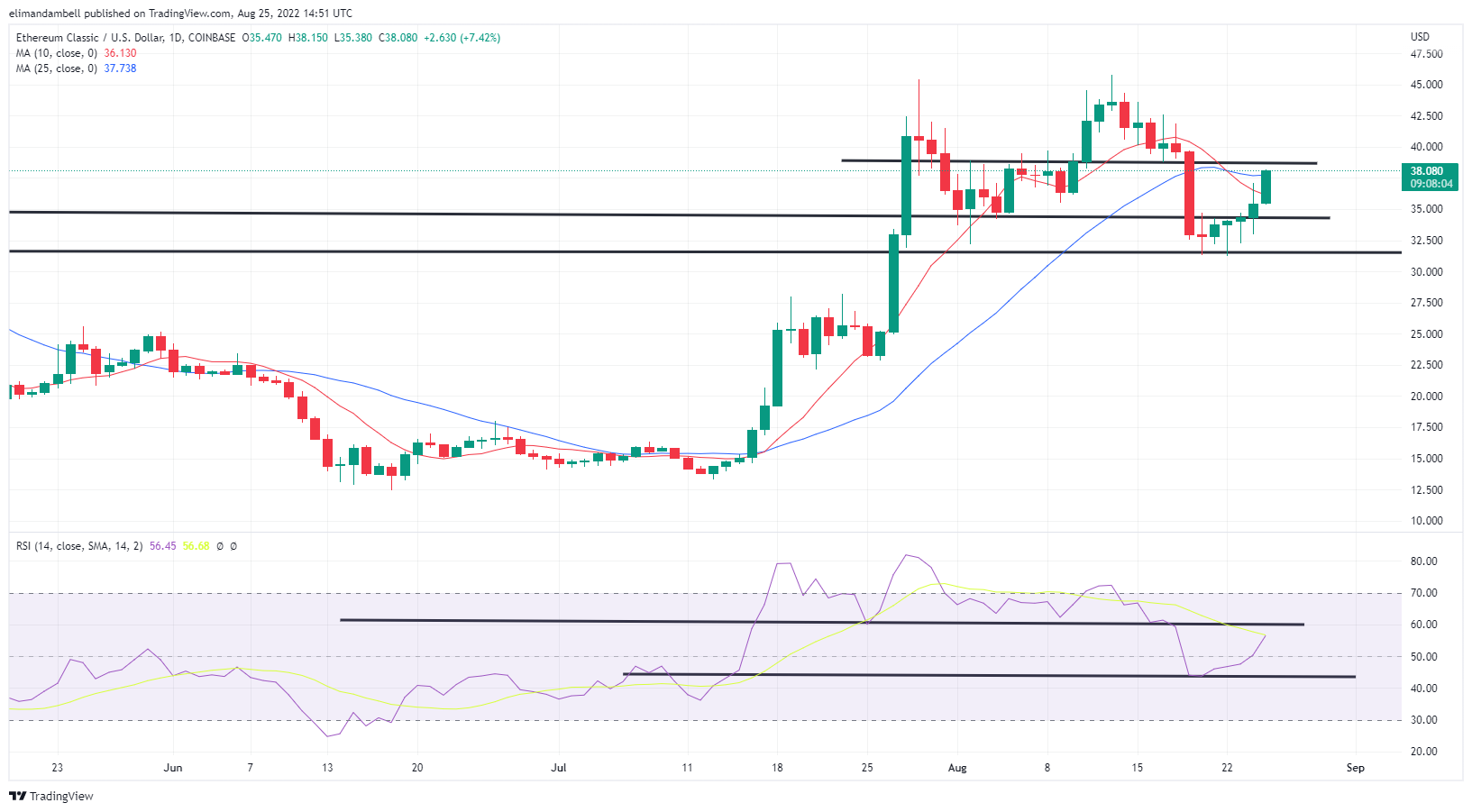 The token has now climbed higher for five straight days, which began when prices rallied from its support point of $31.

The index looks to be heading for a higher ceiling at 60.00, and should it hit this point, ETC will likely be trading at or above $40.00.