Cryptocurrencies inched a notch higher on Tuesday, with Bitcoin retuning above $50,000 for the first time since early September. Ethereum lifted above $3,500 but still lags action to $3,600. Similarly, Dogecoin came out of slumberland following several failed attempts; the meme-based coin currently trades above $0.25.

Nonetheless, some crypto assets have not accrued as many gains as their peers, and Cardano falls in this category. As reported earlier, the smart contracts token is seemingly stuck in a wide range between$2 and $2.5.

Meanwhile, some tokens like Solana, Terra, and Axie Infinity are correcting mid-week in the wake of incredible gains observed in the last few days.

Solana is exchanging hands at $157 at the time of writing. Over the last 48 hours, this competitive smart contracts tokens has trimmed gains accrued to $178.

Higher support had been anticipated at $160, an area reinforced by the 61.8% Fibonacci level. However, with is support lost, the next target is $150.

The overall technical picture has also flipped bearish, inferring that losses could gain momentum. For instance, the Relative Strength Index (RSI) affirms the bearish grip on SOL as it drops to the midline.

Another daily close below the 61.8% Fibonacci level will accentuate the declines to $150 and possibly $140. A confirmed sell signal from the MACD would also reinforce the bears’ presence in the market. 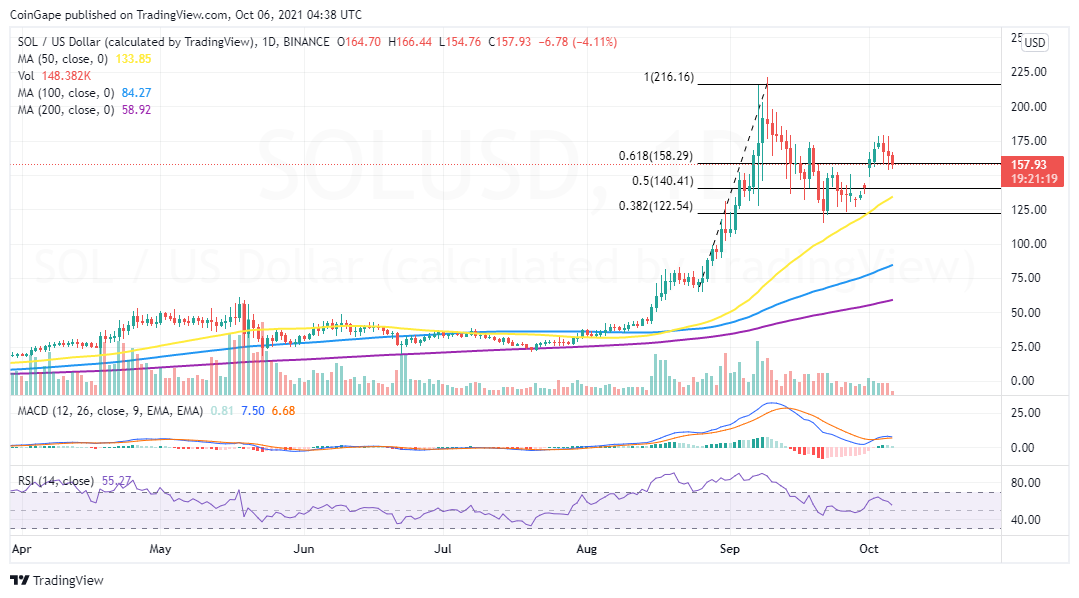 Following a ballistic rise to a new record high at $160, Axie Infinity has retreated to $125. The correction is viewed as a healthy one considering that Axie had accrued at least 2,530% in gains since the beginning of July.

Support at $120 is currently expected to come in handy, making AXS more attractive to bulls. The token needs a new influx of funds to sustain the much-awaited rally to $200.

The RSI is heavily overbought, implying that a retracement would do more good than harm. Besides, the MACD still spots a vivid bullish outlook. 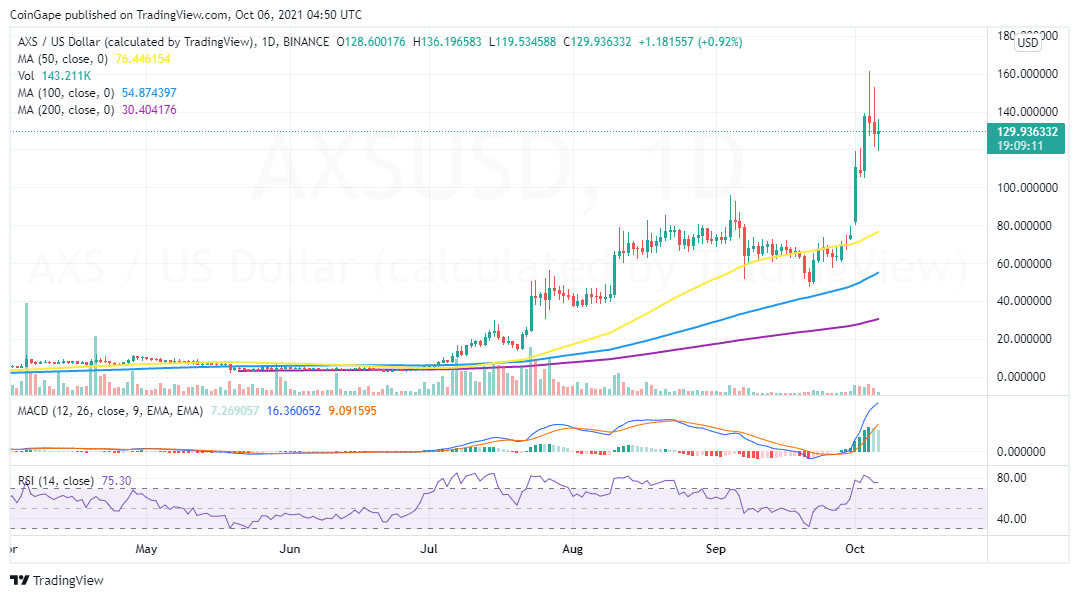 On the upside, a daily close above $130 could quickly boost Axie above $140. As long as the price rises, the fear of missing out (FOMO) will sustain the remaining journey to $200.