Curve had been the top DEX in terms of TVL for more than a year, according to the analytics firm. 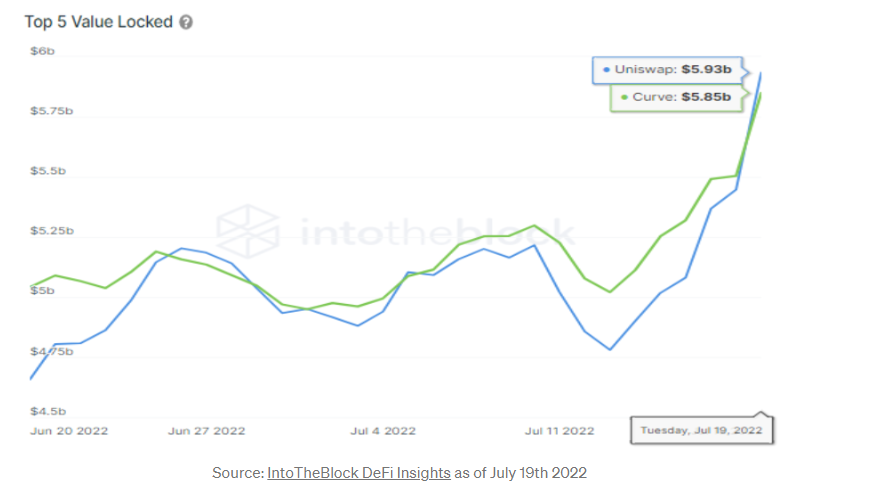 The TVL of a blockchain represents the total capital held within its smart contracts. TVL is calculated by multiplying the amount of collateral locked into the network by the current value of the assets.

IntoTheBlock also reports that Uniswap’s TVL has increased by 24% since the beginning of May this year, while Curve’s has dropped by 69%.

Curve has since regained the top spot, but the race remains close between the two DEXs. Curve has $6.07 billion in TVL at time of writing, while Uniswap (UNI) has $5.94 billion.

Additionally, Uniswap’s daily volume now nearly equals that of Coinbase’s, according to Clara Medalie, the research director at the crypto data provider Kaiko.

Uniswap’s native token, UNI, is trading for $6.97 at time of writing. The 27th-ranked crypto asset by market cap is down nearly 3% in the past 24 hours.

Curve’s native token, CRV, is trading for $1.47 at time of writing. The 88th-ranked crypto asset by market cap is up nearly 5% in the past 24 hours.