Van de Poppe tells his 619,000 Twitter followers that based on relatively calm action in the markets, those in the space are probably overthinking today’s Fed meeting.

“Funny though, European stocks are doing relatively well. U.S. stocks consolidating, down a few % since recent high. Bitcoin and crypto down 15%. People within the crypto space are putting way too much value into the FOMC meeting…”

Van de Poppe says that Bitcoin (BTC) could go up if the interest rates increase by less than 100 bps. He says that the flagship cryptocurrency could see new local highs if it breaks out of $21, 600. At time of writing, BTC is trading for $21,102.

“The markets are correcting and preferred was $21.6K to hold for #Bitcoin.

That’s a crucial breaker now too if it breaks to the upside -> new highs. 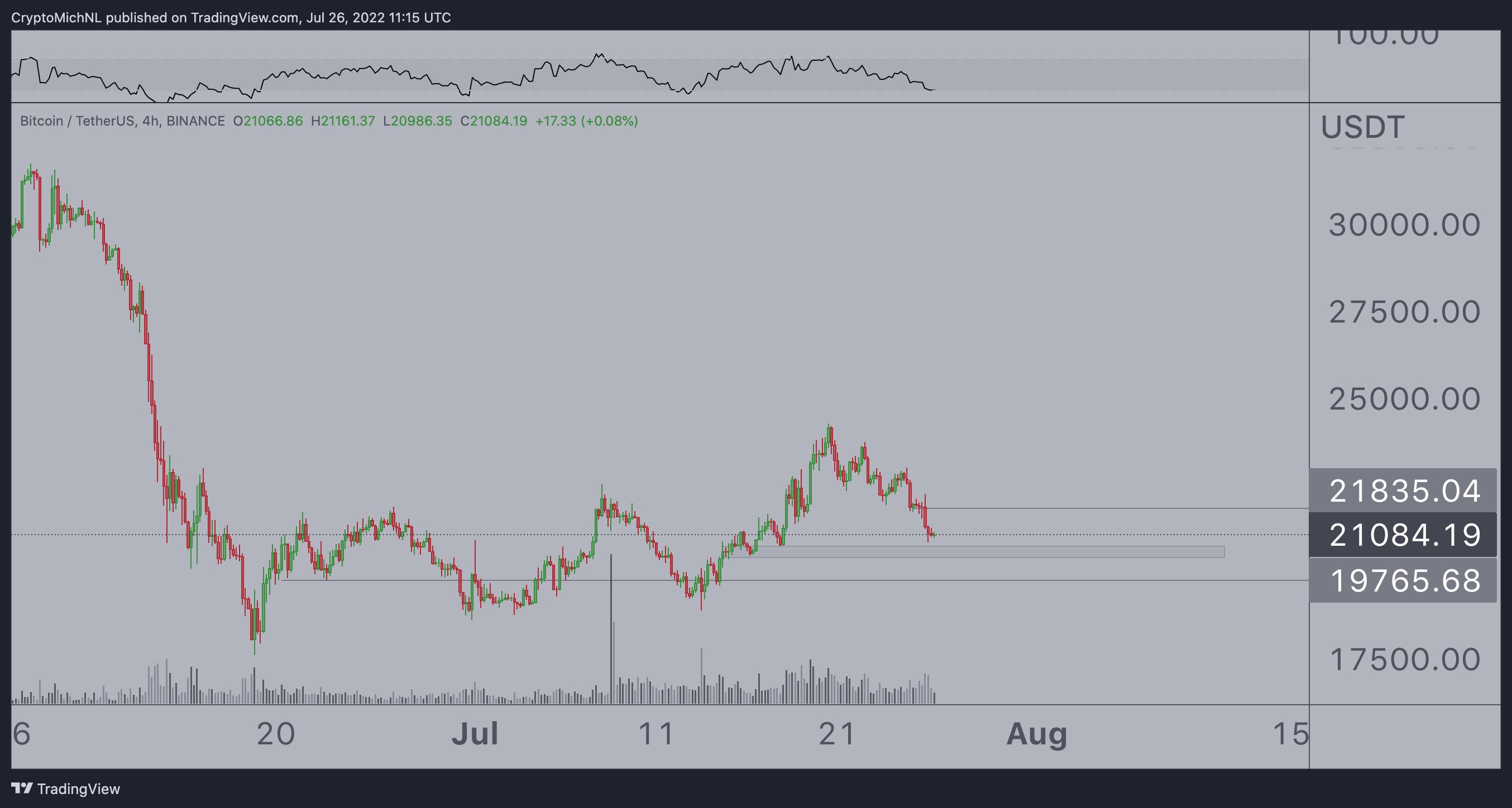 As for Ethereum (ETH), Van de Poppe says that the second largest crypto asset by market cap’s fate depends on how it reacts at the $1,500 level. At time of writing, ETH is changing hands at $1,510.

“Obvious support level here on Ethereum, which can be played for longs.

Question mark begins at $1,500 area, which should break and flip for continuation, otherwise retest around $1,250 possible.”

But the crypto analyst says that traders put a lot of emphasis on the Fed.

Van de Poppe says that he will start to accumulating altcoins in preparation for the next bull run. He says that he is putting his money on Cosmos (ATOM), Polygon (MATIC), Avalanche (AVAX), Concordium (CCD) and SKALE (SKL).

“Some projects I’ll be accumulating slowly going into the next bull cycle:

I think this would be the package to get towards 20-60x returns in the next bull cycle. “