A closely followed strategist is looking at what’s in store for Bitcoin (BTC) after a surprise mid-week dip rattled the overall crypto markets.

In a new YouTube update, crypto analyst Justin Bennett plots out key support and resistance levels for the leading crypto by market cap.

So until we see Bitcoin close below those levels, they are intact as support.”

Bennett targets $39,600 as a key level that Bitcoin needs to hold, and despite BTC’s recent dramatic drop, advises against shorting the market.

“This area right here around $39,600 is going to be support. Yes, Bitcoin did break below $42,000 yesterday. However, trying to short this market right now in my opinion is ill-advised simply because it is still above that $39,600 level.” 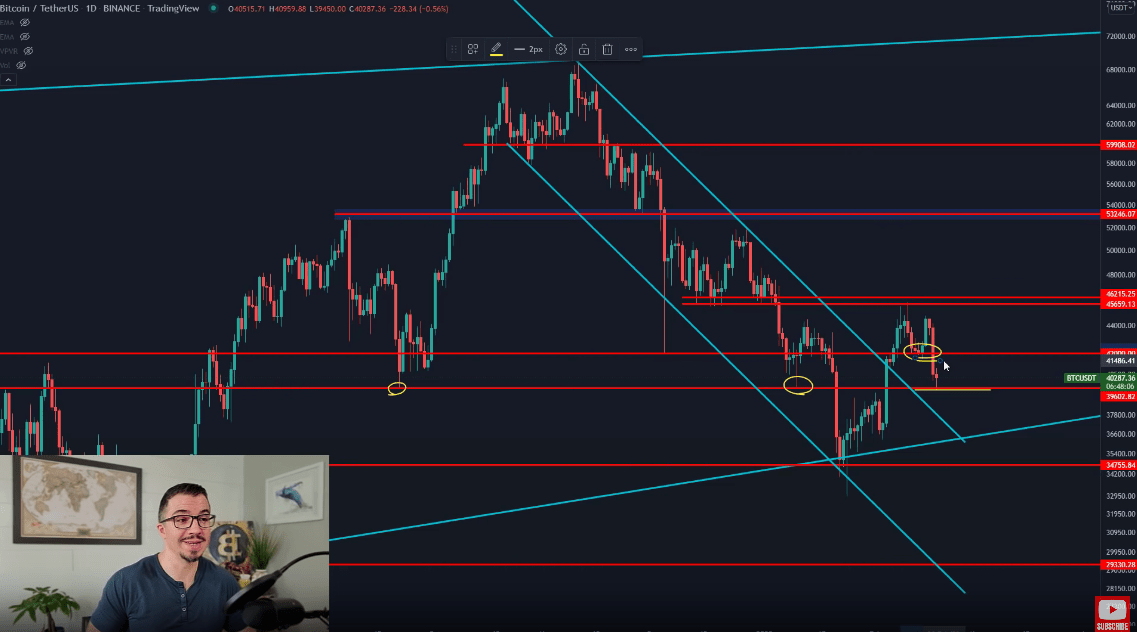 Looking at BTC’s upside potential, the analyst indicates two resistance levels it would need to break in order for him to consider a return to $50,000 a viable possibility.

Remember that $46,200 is the yearly open for Bitcoin. It’s going to take a close above that level for the Bitcoin chart to really turn bullish toward the $50,000 region.”