The pencilled-in preliminary date for The Merge, revealed by the Ethereum developer Superphiz, is less than two months away and the announcement seemingly caused a number of developments to happen. First off, the network’s native token ether saw a significant spike in value and secondly, Ethereum’s hashrate has dropped 18.21% since June 30. Data also shows that the number of ethereum stored on exchanges has seen a massive drop, as roughly 25.13 million ether was once held on exchanges on July 5, and today there’s only 22.77 million worth close to $35 billion.

Contents hide
1 Data Shows Significant Amounts of Ethereum Have Been Withdrawn From Centralized Exchanges
2 The Merge or Insolvency Fears?

On July 9, 2022, Bitcoin.com News reported on the delayed difficulty bomb and the fact that The Merge would be pushed back at least until September. The Merge is basically the upgrade that finally transitions the Ethereum (ETH) network from proof-of-work (PoW) to proof-of-stake (PoS).

There are now two chains, with one that still leverages PoW, and the Beacon chain which is designed for PoS. On that same day, it was reported that 13,012,469 ETH was deposited into the ETH 2.0 contract. Since then, 136,416 ether has been deposited into the contract and there are 410,903 validators. 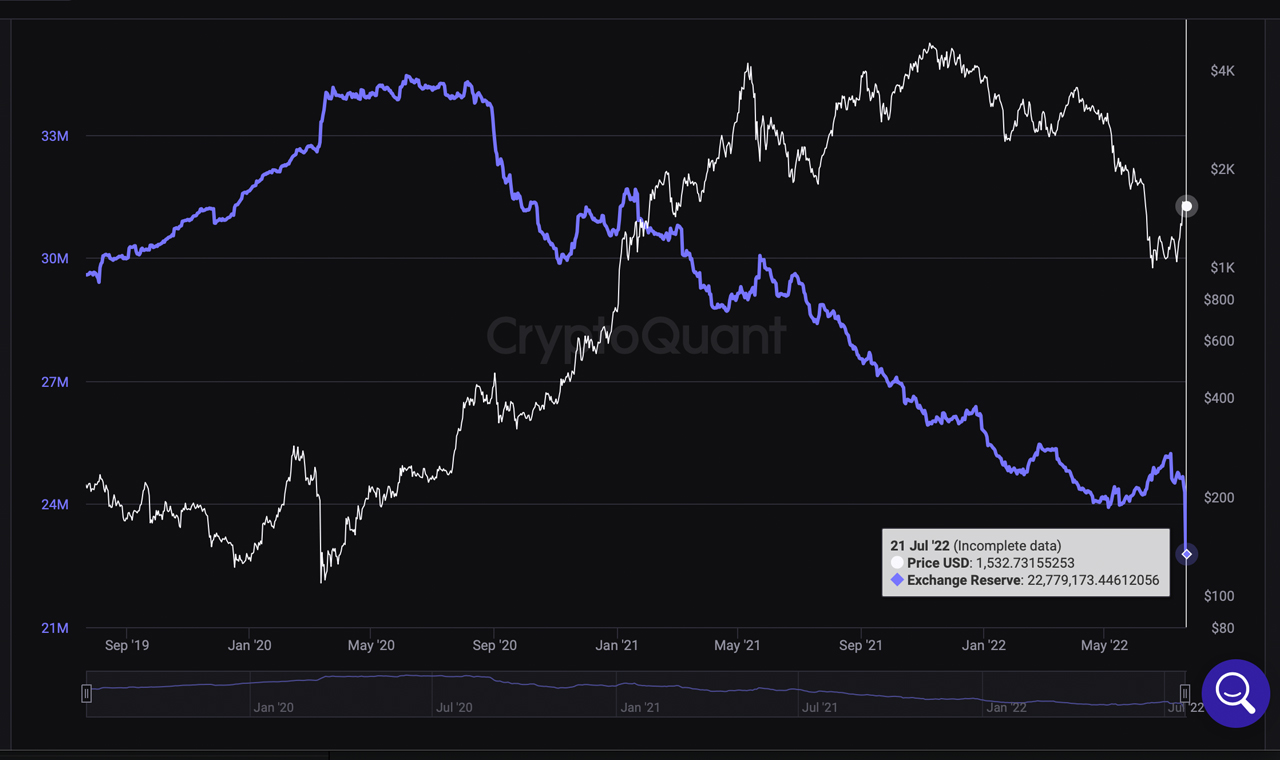 Ethereum held on exchanges data from cryptoquant.com on July 21, 2022.

On July 14, software developer and Ethereum Beacon chain community director, Superphiz, revealed the possible date for The Merge and the timeline noted it could take place during the week of September 19. The developer stressed, however, that the date was not final and that the community should pay attention to official announcements. 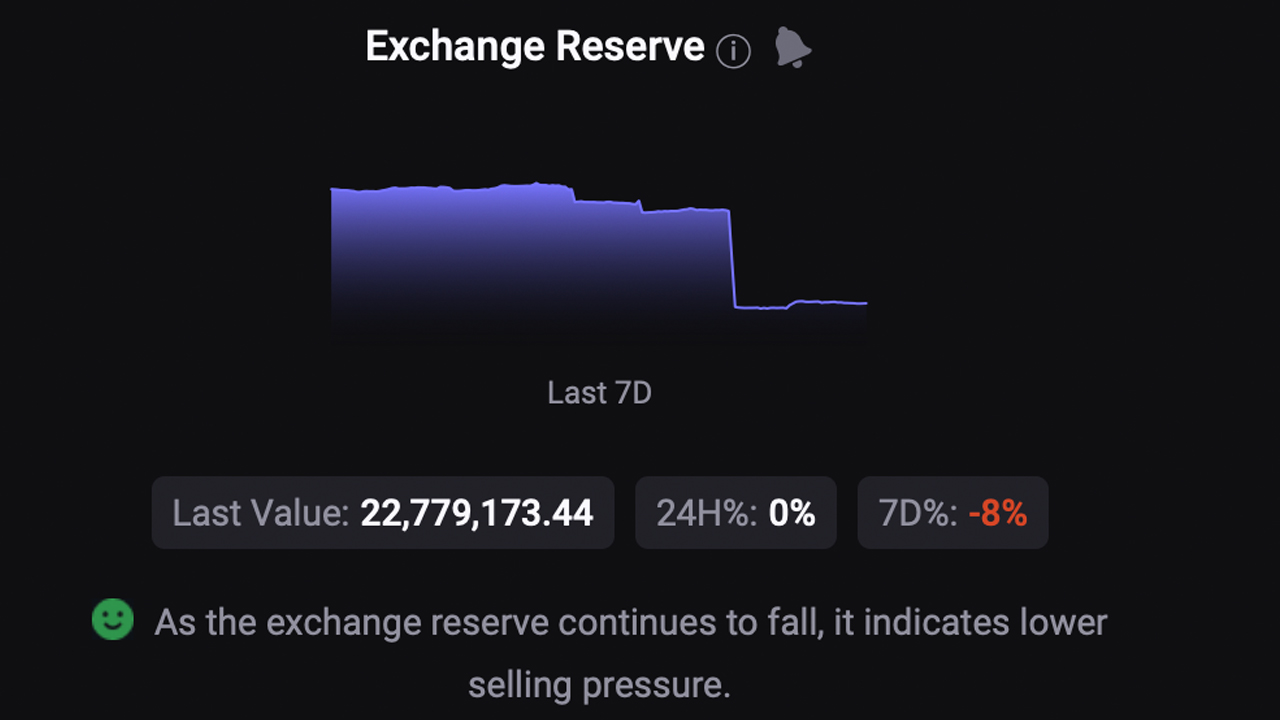 Ethereum held on exchanges data from cryptoquant.com on July 21, 2022.

Since then, ETH has managed to gain 36.8% against the U.S. dollar in 30 days, as The Merge bolstered the smart contract platform token’s price. Amid the price jump, Ethereum’s hashrate dropped as well, sliding below the 1 petahash per second (PH/s) or 1,000 terahash per second (TH/s) region. The computational processing power has improved since then, as the Ethereum network’s hashrate is coasting along at 1,000 TH/s.

Seven-day statistics further show that 2.36 million ether has been removed from cryptocurrency exchanges since July 5, according to cryptoquant.com data. Ethereum has been following the same trend as bitcoin (BTC), as both crypto assets have been pulled off centralized exchanges in great numbers in recent times.

Bitcoin.com News reported on July 10, how the number of BTC held on exchanges dropped 9.109% lower than statistics recorded on May 22. Recent data shows that ethereum buyers and holders are pulling large quantities of ether off exchanges as well. Data from Chainalysis indicates that the “change in [ethereum] held on exchanges in the last day, is 1.82M [ethereum], the highest level in over 365 days.”

The Merge or Insolvency Fears?

While the most recent withdrawals could be attributed to The Merge, crypto investors have been removing large quantities of funds from exchanges due to crypto companies with major financial troubles. During the last few weeks, three major crypto firms filed for bankruptcy and roughly five or more crypto asset platforms halted withdrawals.

#Celsius: not your keys, not your coins😂 pic.twitter.com/BFRiYF0oOf

Individuals who held crypto assets on platforms like Celsius and Voyager Digital for instance saw their accounts frozen. Fear of losing funds to an insolvent crypto platform has likely caused a wave of withdrawals like no other before. During the first week of July, Blockfi’s CEO Zac Prince told the public that while the company had no exposure to Celsius, when Celsius froze operations it caused a significant “uptick in client withdrawals” on the Blockfi platform.

While the insolvencies have caused significant losses across the entire digital currency economy, crypto veterans have scolded newcomers for not holding their assets in a non-custodial fashion. The insolvencies and bankruptcies have also started an uptick of people telling others the “not your keys, not your coins” adage.