Ethereum founder Vitalik Buterin made a foray into geopolitics on Friday, taking to Twitter to urge Russian President Vladimir Putin not to invade the country's neighbor Ukraine.

Buterin, who was raised in Toronto by Russian emigré parents, typically tweets in English but on Friday morning used his native tongue to says an invasion would harm both countries and humanity as a whole. Vitalik added that the choice to avoid war lay entirely with Putin and the Kremlin. Here's a screenshot of the tweet and its translation: 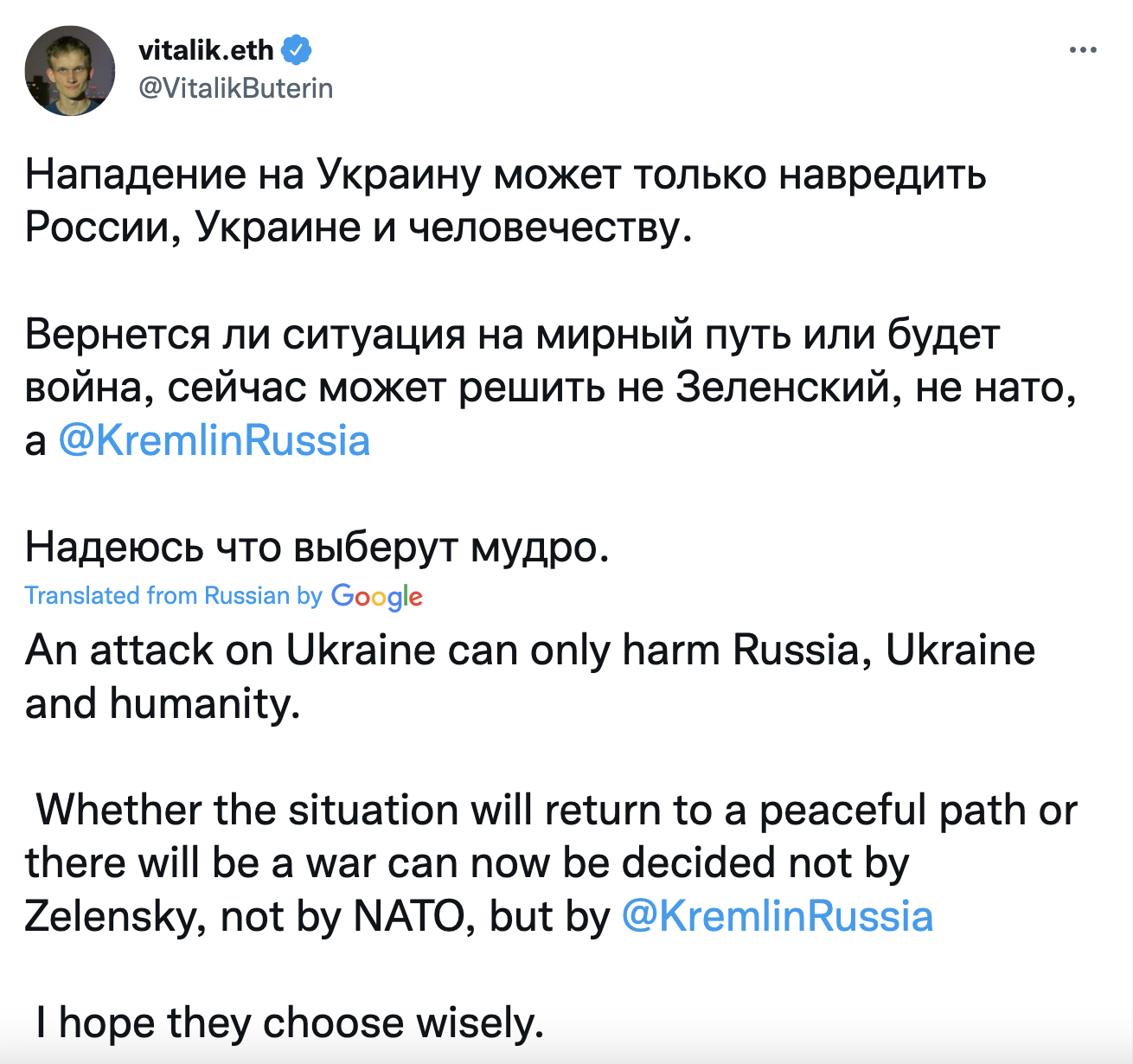 This is not Buterin's first interaction with Putin. In 2017, he briefly met the Russian President in person as part of a broader effort to promote Ethereum in his parents' country. That effort included an extended tour of Russia's Tatarstan region (chronicled in this VICE video).

More recently, Vitalik's outspoken father Dmitry has stepped up criticism of Putin's regime, describing the Russian President as a KGB murderer in an interview with Decrypt last year. Both Vitalik and his father have described their passion for Ethereum as driven in part by a desire to promote democracy, decentralization and freedom.

Under Putin, Russia—a country once celebrated for its achievements in literature, physics, chess and ballet—has devolved into a gangster. Most notoriously, Putin's agents jailed and poisoned Russia's opposition leader Alexei Navalny in 2020.