Uniswap was trading over 20% higher in Thursday’s session as the token rose to its highest point since April. This comes as crypto markets surged on Tuesday, in the aftermath of the Fed rate decision. Bitcoin cash moved to a six week high on the news. The global crypto market cap is 6.51% higher as of writing.

Uniswap (UNI) was one of Thursday’s notable movers, as the token rose by nearly 30% in today’s session.

Following a low of $6.77 during yesterday’s session, UNI/USD rose to an intraday peak of $8.72 earlier today.

The move saw the token hit its highest level since April 26, when prices were trading around the $9 mark. 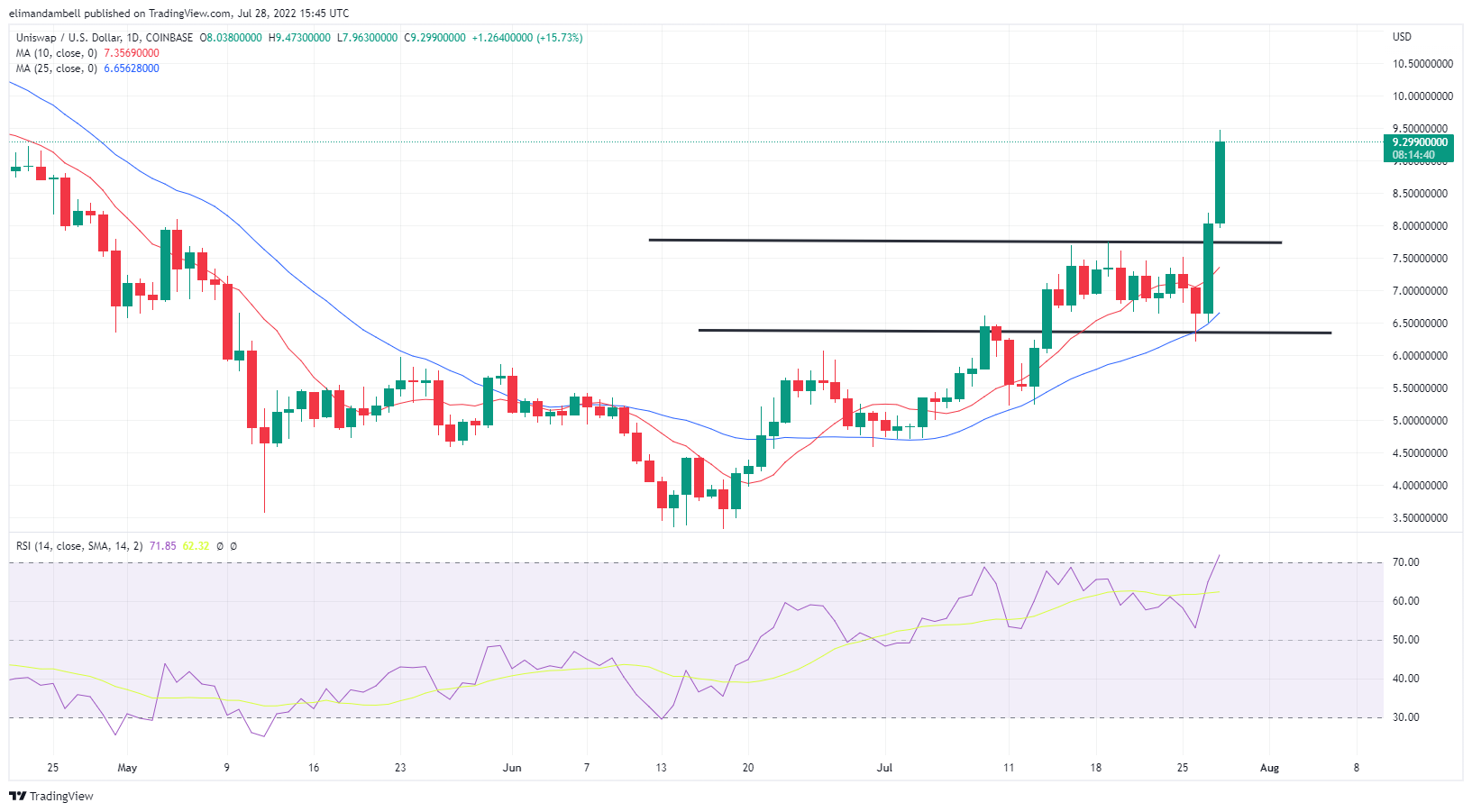 Today’s price surge comes as UNI rallied above its recent resistance level of $.7.75, which had been previously held for the last three months.

This rise in price comes as the 14-day relative strength index collided with a resistance level of its own at 69.

Uniswap bulls will likely look to maintain their current momentum, and push prices towards $10, however, this may only occur once the ceiling on the relative strength index (RSI) is broken.

In addition to UNI, bitcoin cash (BCH) was also in the green during today’s session, with prices climbing by over 20%.

As of writing, prices were trading over 24% higher than yesterday’s bottom, with BCH at its highest point since June 13. 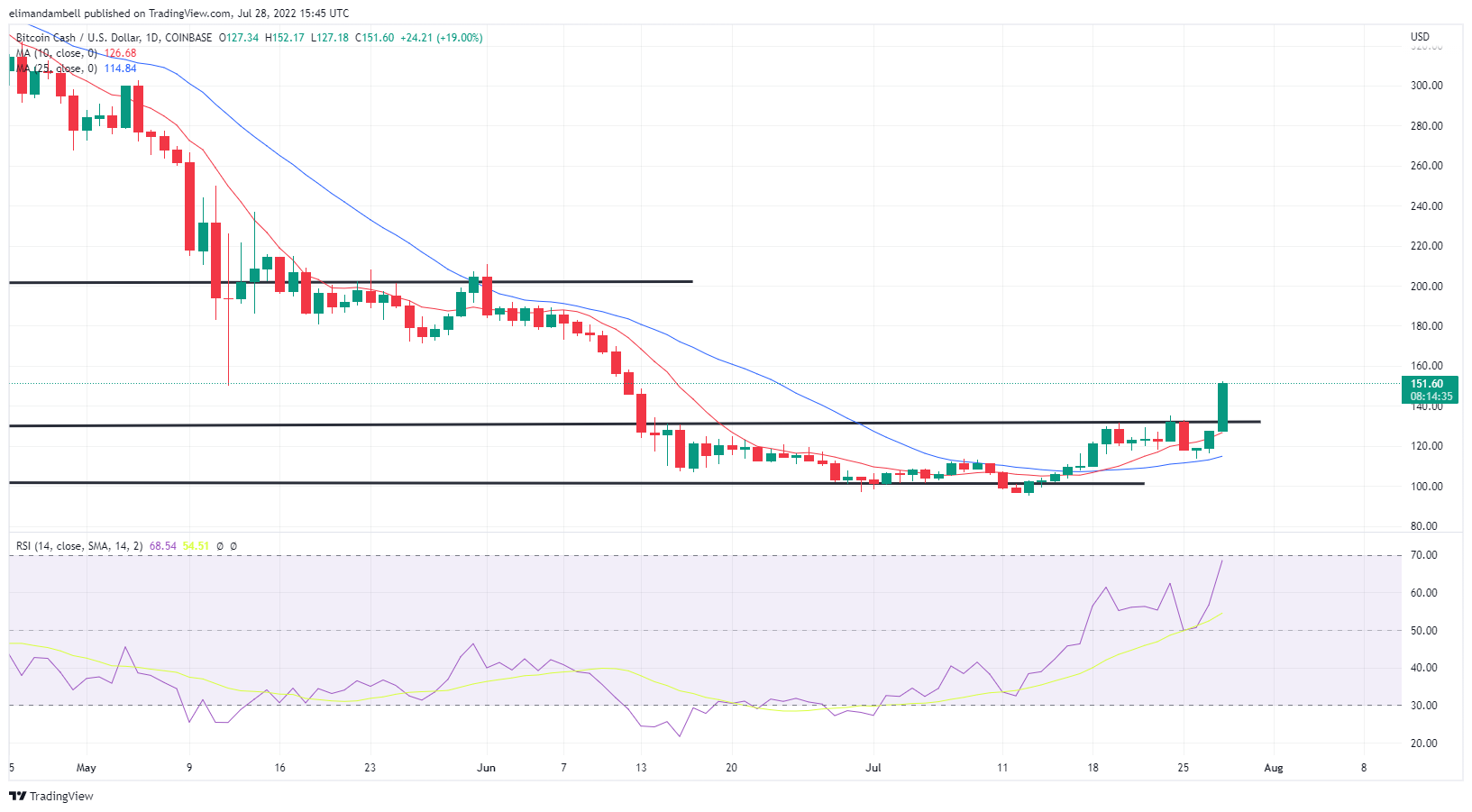 Similar to uniswap, today’s climb comes as the token broke free of its resistance point, which is at the $132 mark for BCH.

The RSI for bitcoin cash is currently tracking at 67.70, which is its highest reading since April 4, and comes after price strength rose above a resistance level of its own.

Should this momentum continue, the next target for BCH bulls will likely be beyond the $150 point.